Do you remember the BRITs, where Ed Sheeran famously brought Stormzy out to perform, Adele showed us that she doesn’t like being rushed, and Ginger Spice unveiled her iconic Union Jack dress? It’s almost time for the action to begin again as the excitement of The BRIT Awards 2018 is almost upon us. What memorable pop culture moments will this year bring?

We’re letting you in on all the fun as we’re streaming the BRITs right here live for the fifth year running. Just tune in at YouTube.com/BRITS on whatever screen you find yourself closest to: mobile, tablet or TV, on February 21 at 11:30 a.m. PT / 2:30 p.m. ET / 7:30 p.m. GMT. (If you’re in the U.K., you can catch up on performances after the show).

YouTube star and music sensation, Conor Maynard is hosting the livestream alongside none other than BBC Radio 1Xtra’s Yasmin Evans. The pair will share all sorts of behind-the-scenes gossip from the show live, so you won’t want to miss it on the night.

This year, nominated stars like Dua Lipa, Stormzy and Ed Sheeran - who got their start on YouTube - are set to grace the main stage, so you’ll want to keep your eyes peeled for brilliant renditions of their hits. And as British hitmakers are not just popular at home, their BRIT performances will be beamed on YouTube to their massive followings abroad. ... 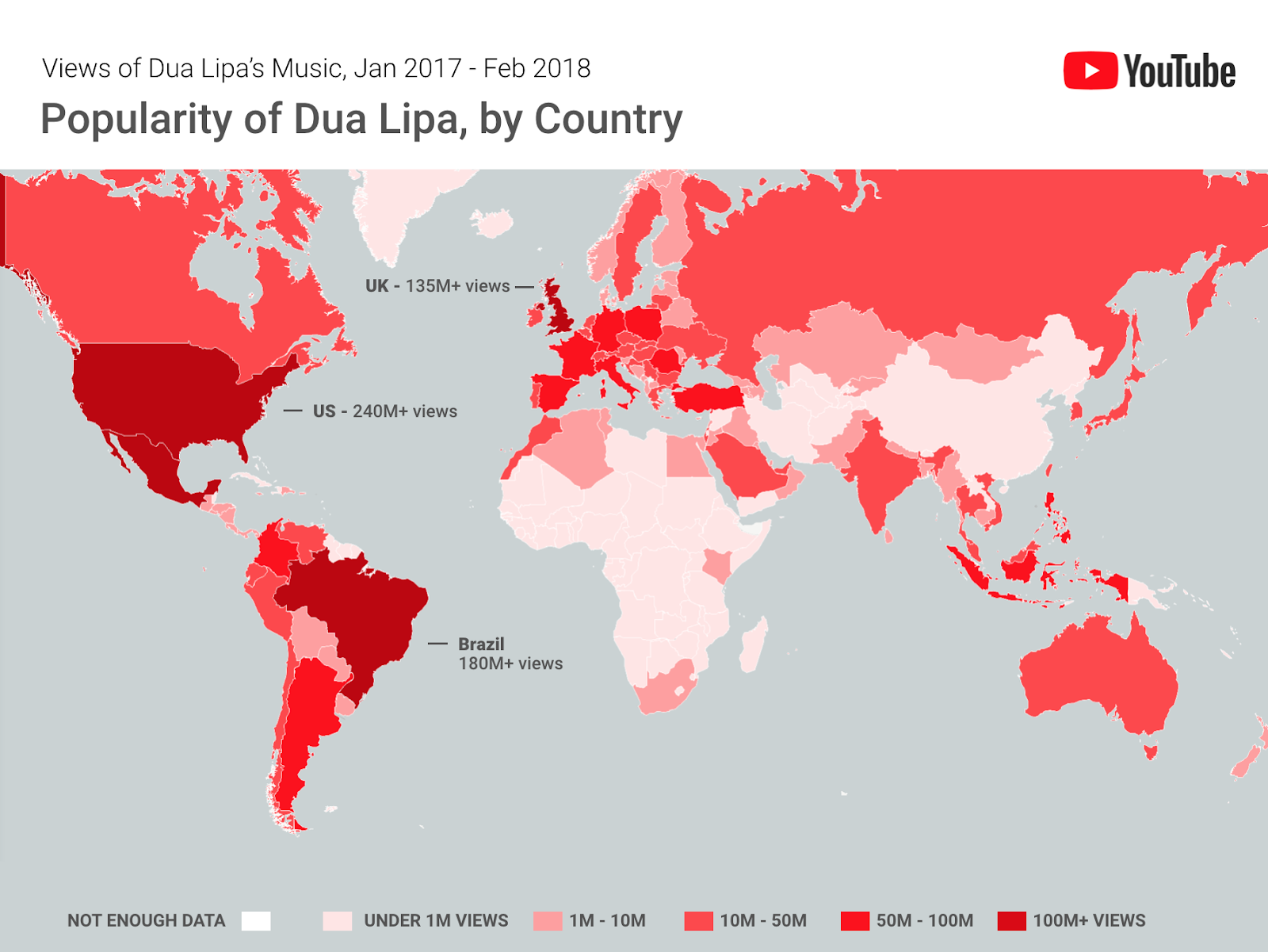 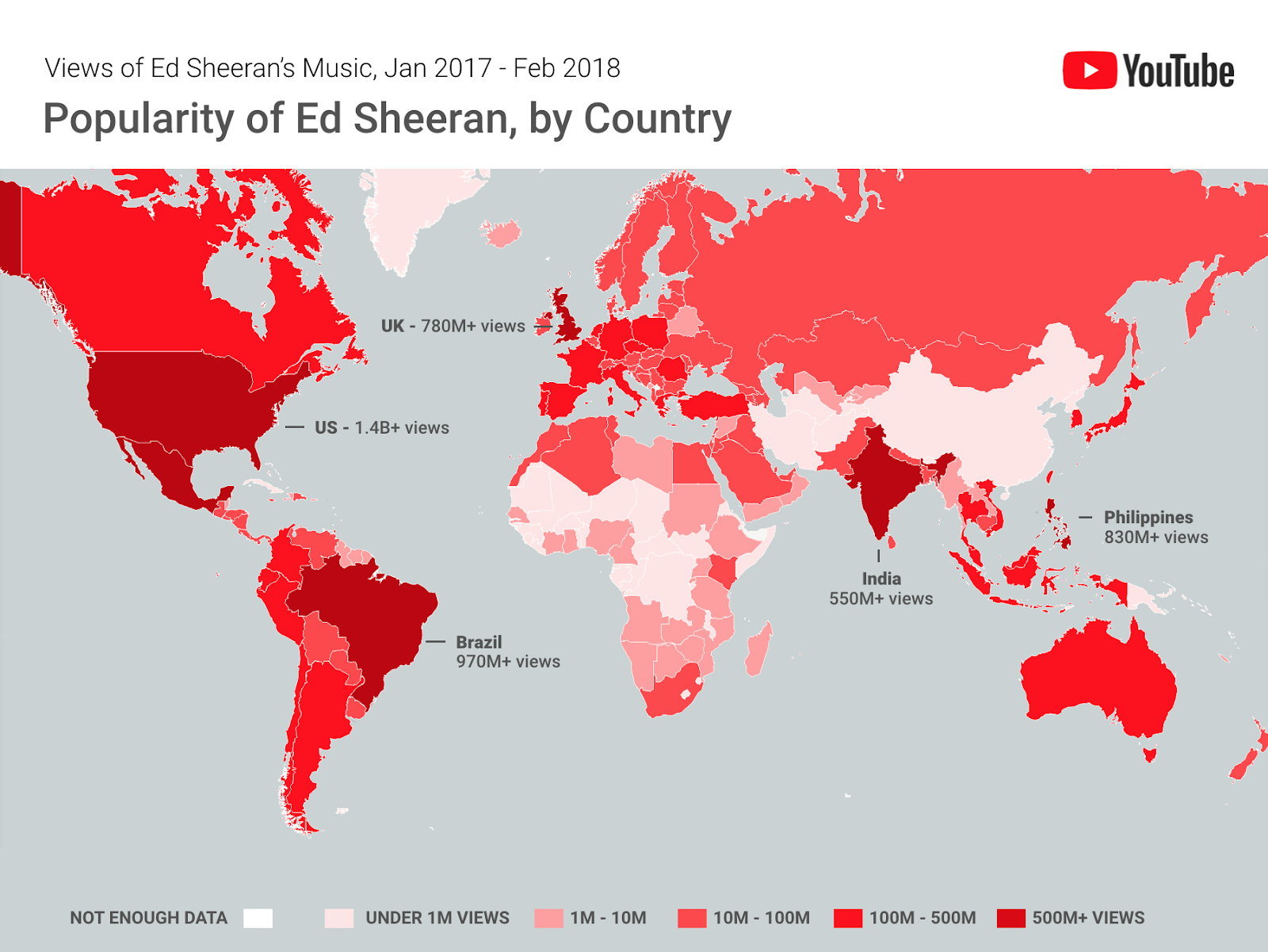 Comedian Jack Whitehall will bring his hilarious antics to the party as host of the BRITs, too, so there’ll be plenty of laughs to go with the great music.

Livestream host Conor Maynard said: “I’m super excited to be hosting The BRITs coverage on YouTube. My career started on YouTube, so it feels great to be doing something on YouTube and the BRITs. Can’t wait to have an awesome night!”

Geoff Taylor, Chief Executive of The BPI & BRIT Awards said: “We are delighted to be streaming The BRITs live to fans all around the world with our partner YouTube, for a fifth successive year. We are thrilled to have such popular and talented hosts.”

After the show, you’ll find performances from the artists on a YouTube playlist for you to relive and rewatch, plus further catch-up content on the BRITs channel. So, tune in at YouTube.com/BRITS on February 21 at 11:30 a.m. PT / 2:30 p.m. ET / 7:30 p.m. GMT for unforgettable performances and must-see shenanigans.

What do Madonna, Liam Gallagher and Robbie Williams have in common? They all made a scene (and global headlines) at the BRITs. The BRIT Awards with MasterCard has given us some of the most memorable moments in music history. Scrap that, in pop culture history. So it is with some joy that we are able to bring you all of this year’s action LIVE on YouTube. For the fourth year running, you can watch the full show live in fabulous, star-studded, rock ’n’ rolling glory if you’re based outside of Great Britain (and if you’re based in GB, catch up on performances after the show). Just tune in at youtube.com/Brits on whatever screen you find yourself closest to: mobile, tablet or TV.

Famous YouTube funnyman Caspar Lee will bring you top gossip from the event on the official BRITs channel. And just who might Caspar be rubbing shoulders with? ROYALTY. Pop royalty, that’s who. This year’s bill is topped by Brit legends and international superstars and includes performances from Ed Sheeran, Katy Perry, Bruno Mars, Robbie Williams, Emeli Sandé, Little Mix, The 1975 and U.K. sensation Skepta. And given it’s the BRITs, you just know there’s going to be a whole lot more magic beyond the awards and performances themselves.

As Geoff Taylor, Chief Exec of The BPI and BRIT Awards says: “It’s really exciting for us that so many people around the world will get the chance to celebrate the U.K.’s biggest night in music live as it happens.” Well said, Geoff, couldn’t agree more.

After the live show, you’ll find performances from the artists on their own YouTube channels for you to relive again and again, plus there will be catch-up content on the BRITs channel itself. So, tune in to the official BRITs channel on February 22 at 2.30 p.m. ET and enjoy yourselves a Britpop bonanza.

Azi Eftekhari, Head of Music Partnerships at YouTube in EMEA, just relived Pharell’s impersonation of Skepta (“You Get Me?) on BBC Radio 1.

Jarvis Cocker crashing Michael Jackson’s performance. Madonna’s badly behaved cape. Sam Smith silencing a whole arena with his incredible voice. The BRIT Awards with MasterCard has given us some of the most memorable moments in music history. For the third year, you can watch this must-view music moment streamed live on the BRITs channel if you’re based outside of Great Britain. Just tune in at youtube.com/Brits on whatever screen you find yourself closest to: mobile, tablet or TV.


Some of your favorite YouTube stars will be there live to bring you yet more action. YouTube stars Dan & Phil will present the official BRITs YouTube live stream featuring backstage action and yet more fun and games. Kingsley will be on the red carpet, rubbing shoulders with the biggest stars as they arrive to create more content for the BRITs YouTube channel.

And what stars! This year, international artists like Rihanna will join breakthrough British artists like James Bay for an unforgettable night of live performances. Not one, but TWO holders of YouTube’s prestigious “billion views” club will also perform: Adele and Justin Bieber. That’s alongside live performances from Coldplay, Jess Glynne, Little Mix and The Weeknd. After the live broadcast, individual artists will upload their performances to their own YouTube channels for you to relive again and again, plus there will be catch-up content on the BRITs channel itself.

So, tune in on February 24 at 3 p.m. ET to the official BRITs channel, kick back and as they say in good ol’ Great Britain, prepare yourselves for a right royal knees-up.