https://lh5.googleusercontent.com/bKIJotzBb6eXKxx0QAr076phfHy0gVDt1IKvVpCfgK00_uZV2lrqBPc5DNOJkbgtXCJ_Cb1aaJgJiA87nAY19z1Pfni3l8mvqYLTDexlMmLFbOamFVvdLyk9jJCQ0GLD1h7E_6q2 Simon Program Manager Google Arts and Culture
Yoga has been around for a few millennia, but I’m completely new to the practice and have only practiced a few poses, like Ekpadasana (the “one leg posture”). Just like a yoga teacher would lead you through the steps of this posture, a new Google Arts & Culture collection called Stories of Yoga, takes you through the history, culture and science behind the practice. If you’re a new yogi like me, follow the sequence below to learn the “one leg posture,” and read on for some insights our partners have shared for the “Stories of Yoga” exhibit. 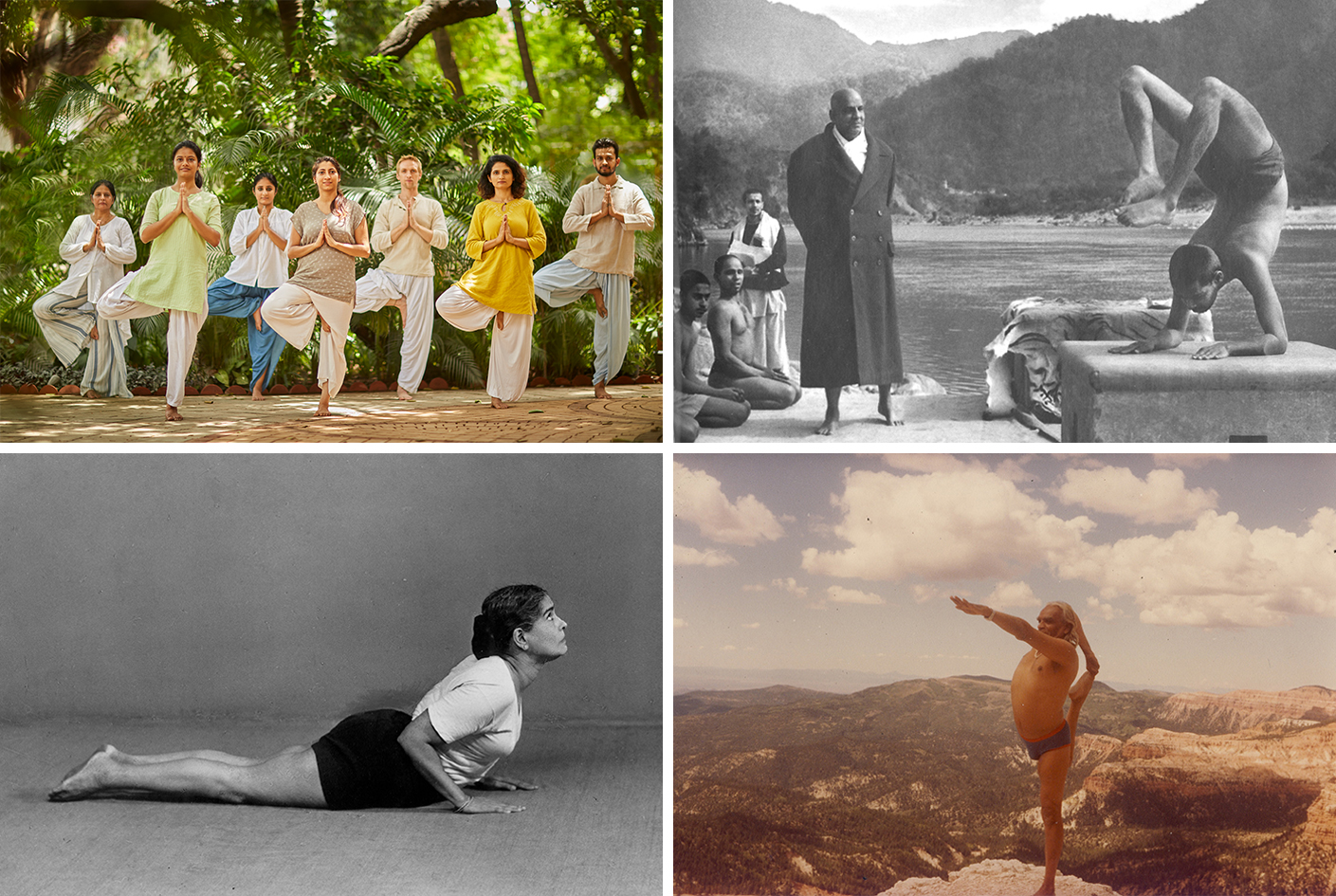 1. Come to a standing posture. Take in a deep breath.
Do you know what the word “yoga” means? It has a lot of nuanced interpretations. The ancient Indian text, called Rigveda, implied yoga means “achieving the unachieved,” “harnessing,” or “connection,” and the exhibition “What is Yoga?” explains other interpretations.

2. Finding your balance, bring up your right foot and place it in the center of the inner thigh of your left leg. Your toes should point downward.
One of the most widely-known gurus, Swami Sivananda, introduced five principles of yoga: proper exercise (āsana), the right breathing (prāṇāyāma), relaxation (śavāsana), proper diet, and positive thinking & meditation (vedānta).

3. Bring your palms together in front of your chest as if in prayer, and focus your gaze on a spot in the distance in front of you. Exhale.
Yoga is older than you might think, it actually dates back by a few millennia. The so-called Vedas and Upanishads started referring to yoga around 3000 BC. Two of the earliest teachers who recorded texts dedicated to yoga were Yajnavalkya and Patanjali. Visit the Museum of Classical Yoga and explore a brief timeline.

4. Hold the position and inhale and exhale deeply a few times.
Yoga strengthens your body as well as the mind. Learn about Shri Yogendra, who started off as a wrestler before rooting himself into yoga and founding the Yoga Institute. Or follow the journey of well known guru B.K.S Iyengar, who used yoga to heal his tuberculosis-affected body.

5. Release back into the standing posture slowly, and repeat for the other leg.
Did you know that women were actually barred from practicing the yoga discipline? Meet pioneer Shrimati Sita Devi Yogendra, who changed perceptions by becoming the first female guru. She introduced sequences specially tailored for women’s physiology.

6. As a variation, you can lift your arms up all the way while holding the prayer position. As another variation, you can do the entire sequence while lying flat on your back instead of standing.
There are so many different postures and their variations, and each school has a set of their own. Take a sneak-peek into some of the yoga centers in virtual walkthroughs and see the practice sessions up close.