When you’re traveling abroad, your phone is an essential tool – for finding a great restaurant, posting pics of your trip online, or translating a sign. But the data we have access to when traveling abroad often isn’t fast or affordable enough to let us do the tasks that matter most. Which could be why only 20% of Americans opt to use their cellular data when traveling internationally,1 instead choosing to jump between Wi-Fi hotspots or scramble for a local SIM card.

Starting today, all Project Fi subscribers have access to high speed data in 135+ destinations. With the addition of Three to the Project Fi network, we’re now able to deliver speeds 10-20X faster than before. And, just as before, there are no extra fees for using data internationally – you pay the same $10/GB that you do at home. 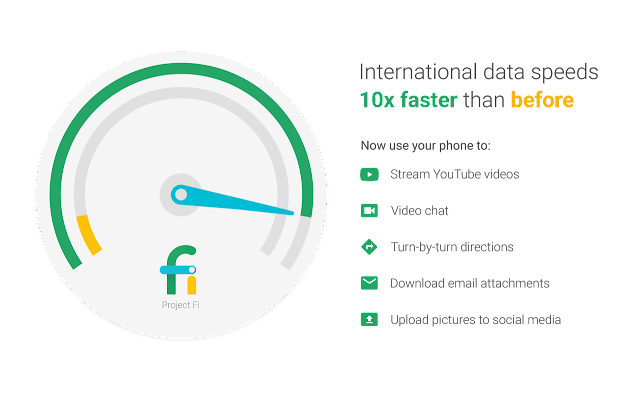 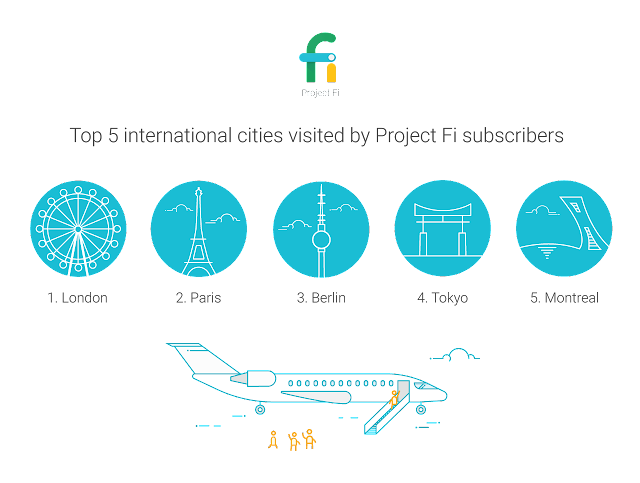 Leaving home shouldn’t mean leaving connectivity behind. With the addition of faster speeds and more countries for the same fair price, we’re one step closer to making your phone as easy to use abroad as it is at home.

P.S. To help make your first trip abroad with Project Fi a little easier we’ll be offering $150 off the Nexus 6P for the next week when you buy and activate with Project Fi. The promotion will go live on our website at 10:00 am PT today.