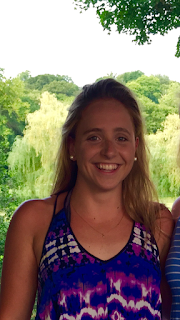 Olivia was shocked to learn about the Ebola epidemic spreading through Africa. She wondered how to get treatment delivered faster to the people that needed it and recalled her science lesson about silk storage. With it’s stabilizing properties, could silk allow Ebola antibodies to travel much longer without the need for refrigeration? After a few attempts, Olivia created the Ebola Assay card – her new antibody storage system that can be designed in 30 minutes anywhere in the world and can transport vaccines/antibodies for Ebola, HIV and other diseases for up to one week.


What was the inspiration behind your project?

My decision to focus my project on the development of a novel temperature-independent, rapid, portable and inexpensive diagnostic test for the detection of the Ebola virus, was prompted by the devastating loss of life in Africa during the most recent 2014 Ebola outbreak. The consequences will be far-reaching with valuable applicability as an ELISA-based diagnostic for other diseases, including HIV, lyme disease, yellow fever, dengue fever and certain cancers. The concentration of fatalities in Ebola stricken areas has left many children orphaned, and the socioeconomic fabric of entire villages destroyed. School closures have impacted over five million children, risking permanent educational dislocation and high risk behaviors such as child labor. Early diagnosis and proper medical care are critical to containing and eliminating the spread of Ebola and any other contagious illnesses.

I became interested in science as a young child because of my late grandfather, a doctor and medical researcher. He showed me the power of science and research to make new discoveries that could lead to breakthroughs that could give back hope and transform futures. He was passionate about science and medicine and cared deeply that his work would contribute towards a greater understanding and a cure for diseases such as Cystic Fibrosis and Alzheimers. I hope to be a doctor like my grandfather, and one day work for a global health organization, such as Doctors Without Borders.

Think globally. Reconsider existing solutions and always ask “Why not?” Don’t think that everything that can be done has been done. There’s always room for innovation and creative reconsideration. Everyone has a role in change.