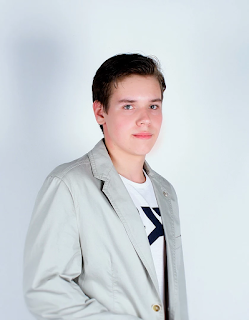 
Alexey had always been a computer science fan, but it was fixing a computer that really sparked his curiosity. He wondered why all modern day computers ran on binary logic, and if there might be a benefit to using ternary logic. Once he found out that a vintage USSR computer did, in fact, rely on ternary logic, he knew he wanted to test this logic on current electronics. Alexey’s model successfully used ternary logic, and he’s excited to create new ternary logic elements for integrated circuits and computer systems.

What was the inspiration behind your project?

I was inspired by the old Soviet project called "Setun."

All my life I was interested in engineering. I was very interested in the structure of different devices and desired to create. This is what pushed me to study technologies.

It's not enough to just discover something new. You need to make it useful for mankind. Good luck!