UPDATE: Hey, this was an April fool's joke but in fact we wished we could
have realized this idea and we are looking forward to the day this has
been worked out and becomes a reality.
by Kevin Graney

Here at Google we have a long history of capitalizing on the latest research and technology to improve the quality of our software. Over our past 16+ years as a company, what started with some humble unit tests has grown into a massive operation. As our software complexity increased, ever larger and more complex tests were dreamed up by our Software Engineers in Test (SETs).

What we have come to realize is that our love of testing is a double-edged sword. On the one hand, large-scale testing keeps us honest and gives us confidence. It ensures our products remain reliable, our users' data is kept safe, and our engineers are able to work productively without fear of breaking things. On the other hand, it's expensive in both engineer and machine time. Our SETs have been working tirelessly to reduce the expense and latency of software tests at Google, while continuing to increase their quality.

Today, we're excited to reveal how Google is tackling this challenge. In collaboration with the Quantum AI Lab, SETs at Google have been busy revolutionizing how software is tested. The theory is relatively simple: bits in a traditional computer are either zero or one, but bits in a quantum computer can be both one and zero at the same time. This is known as superposition, and the classic example is Schrodinger's cat. Through some clever math and cutting edge electrical engineering, researchers at Google have figured out how to utilize superposition to vastly improve the quality of our software testing and the speed at which our tests run. 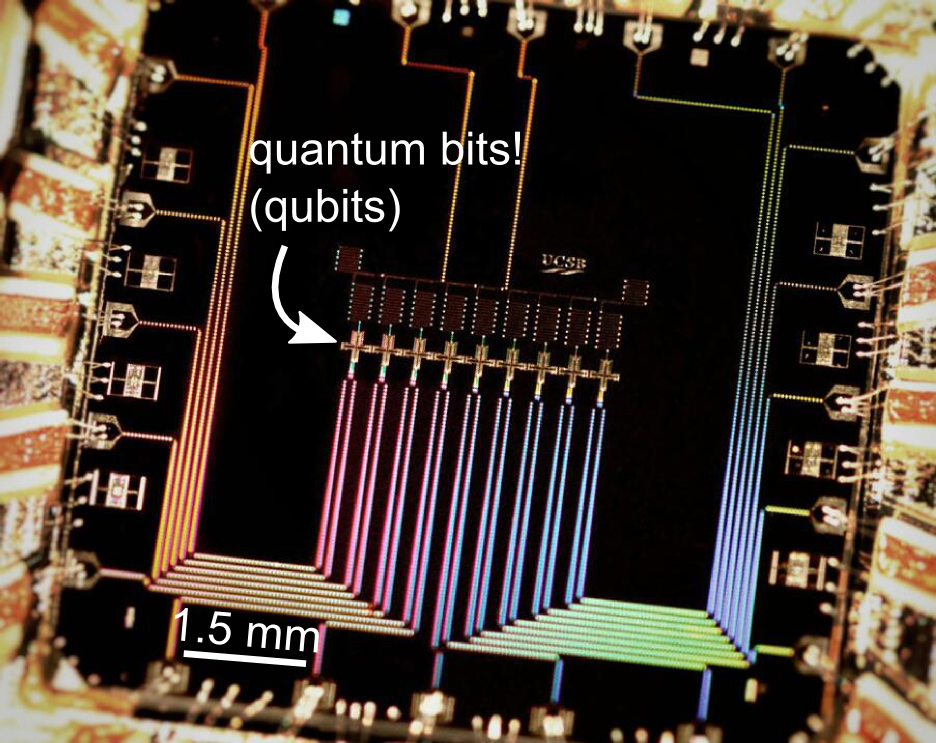 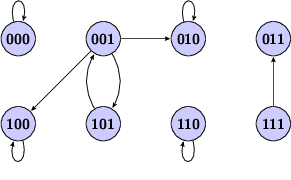 Figure 2 The application state graph for a demonstrative 3-bit application. If the start state is 001 then 000, 110, 111, and 011 are all unreachable states. States 010 and 100 both result in deadlock.
Once we have the state transition graph for the application under test, testing it becomes almost trivial. Given the initial startup state of the application, i.e. the executable bits of the application stored on disk, we can find from the application's state transition graph all reachable states. Assertions that ensure proper behavior are then written against the reachable subset of the transition graph. This paradigm of test writing allows both Google's security engineers and software engineers to work more productively. A security engineer can write a test, for example, that asserts "no executable memory regions become mutated in any reachable state". This one test effectively eliminates the potential for security flaws that result from memory safety violations. A test engineer can write higher level assertions using graph traversal methods that ensure data integrity is maintained across a subset of application state transitions. Tests of this nature can detect data corruption bugs.
We're excited about the work our team has done so far to push the envelope in the field of quantum software quality. We're just getting started, but based on early dogfood results among Googlers we believe the potential of this work is huge. Stay tuned!