MusicBrainz is an open music encyclopedia maintained by a global community of users, collects metadata and makes it available to the public. The team just wrapped up their annual summit in Barcelona, sponsored in part by the Google Open Source Programs Office.
From October 30th through November 1st, the MusicBrainz Summit 15 took place in Barcelona, Spain. All of the MetaBrainz employees were there in addition to a handful of contributors from our community — two lead developers of BookBrainz, a long-time volunteer developer on MusicBrainz and the lead of AcousticBrainz. Between us, we represented seven countries and nine languages. 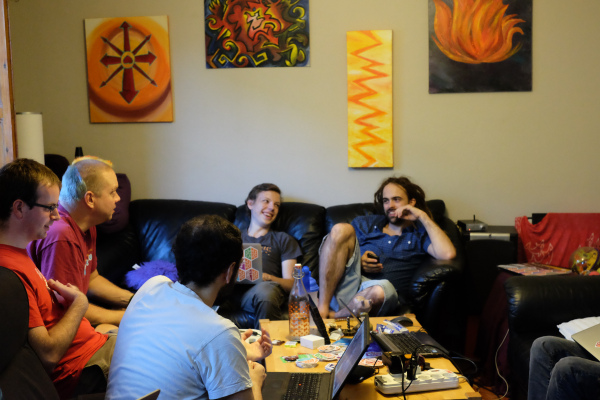 We managed to cover a lot of ground on serious topics including how to avoid data/MBID loss, how to version data, dealing with record labels, unresolved style issues and integrating the various Brainz projects a bit better. The official notes for the summit are stored in a public Google Docs document. Feel free to read through and contribute your own comments.
Our group has discussed releasing the translations of MusicBrainz for years — but this time we actually did it! It is now available in English, German, Dutch and French. At some point in the not-too-distant future we will also enable the translation of all of our documentation.
We also used this time together to talk about how and why MBIDs get lost and what we can do to prevent this. As part of this discussion, we decided to make more edits “autoedits” for all users. The goal is to have shorter queue of open edits (although there has been a significant drop in open edits since mid November) but also to avoid losing MBIDs once they have been generated. More in depth discussion of our reasoning and some of the community’s response can be seen in the server release blog post and its comments.
Most of our time was productive, but you cannot visit a city like Barcelona and not enjoy the surroundings. In addition to the more obvious local sights, we were introduced to an amazing gelato place within walking distance from our summit. It’s definitely worth a visit! A MusicBrainz summit would not be complete without copious amounts of chocolate. A huge thank you to our attendees for supplying Ritter Sport direct from the factory!
Finally, a big thank you to Google and Spotify for helping to fund this meeting. It would have been a lot harder to bring all these people together from around the world without their (continued, no less!) support. Here’s to 2016 and summit 16.
By Frederik “Freso” Sandberg, MetaBrainz Community Manager