Let’s start with the basics and deploy an update to the entire managed instance group, one instance at a time. The instance group my-instance-group starts with every instance running the template myapp-version-a, and we want to deploy myapp-version-b because we're deploying a new version of our software (we could also be doing so to patch/update the underlying OS). 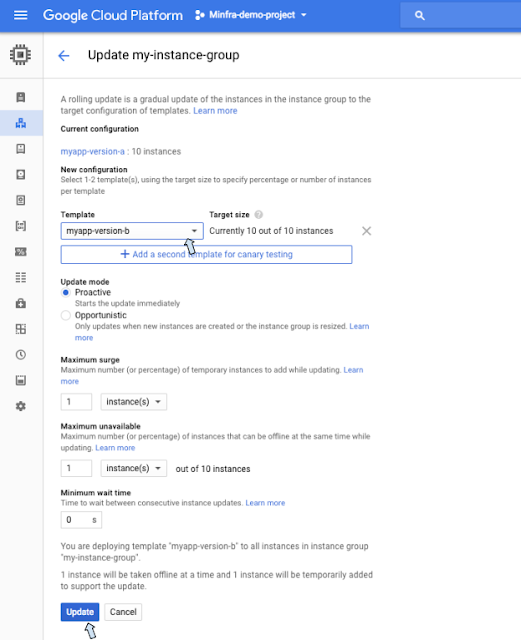 This is the default behavior for the updater, and it works really well for many typical deployments. If your managed instance group is large, however, updating one instance at a time might take too long. Let’s try this again, but this time, let’s update a quarter of the instances at a time. 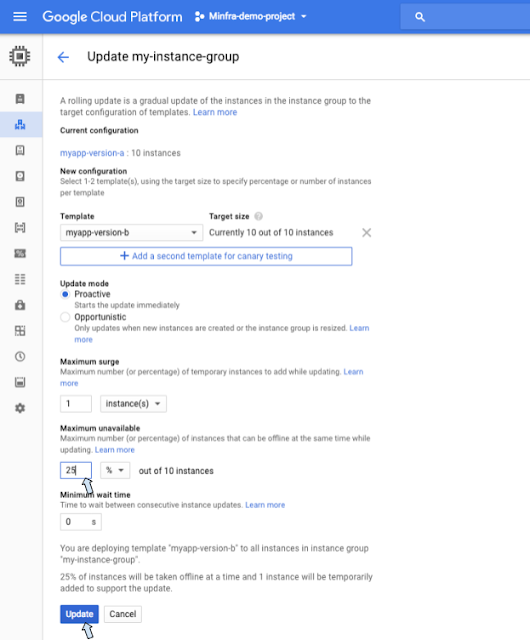 Note the new parameter, max-unavailable. It tells the updater how many instances can be taken offline at the same time, to be updated to the new template. Whether you have tens, hundreds or thousands of instances, the update proceeds at the rate you specify. If you’re wondering whether you can update all instances at the same time, the answer is yes. Just set max-unavailable to 100% and the managed instance group updates everything at once. This is a great option when consistent uptime doesn’t matter, for example in a testing environment or for batch computations.


Now it’s time to consider a more advanced use case. Deploying new software to a subset of instances before committing fully is known as canary testing and is a best practice for managing robust, highly available systems. It allows you to test new software in a real environment while minimizing the impact of any issues.

For our example, let’s deploy myapp-version-b to just one instance. 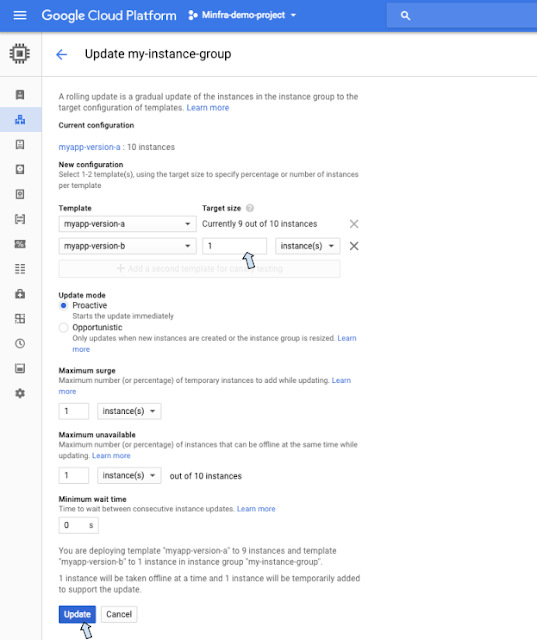 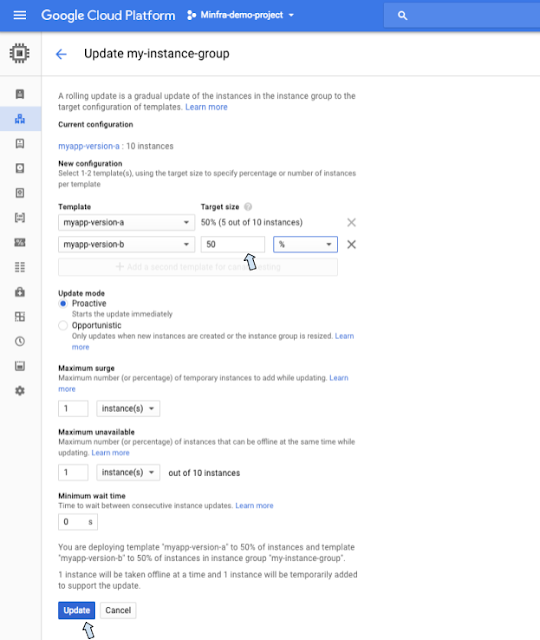 When you’re ready to commit to your new deployment, simply tell the updater that you want all of your instances to be running myapp-version-b. This is identical to what we previously did in the simple update.

Sometimes you don’t want to apply a new template, you just want to replace all of your instances, but keep the current template. This is a common pattern if you're using image families and want to make sure that your instances are using the latest version of an image. Starting a rolling replace of all instances follows the same pattern as starting an update. 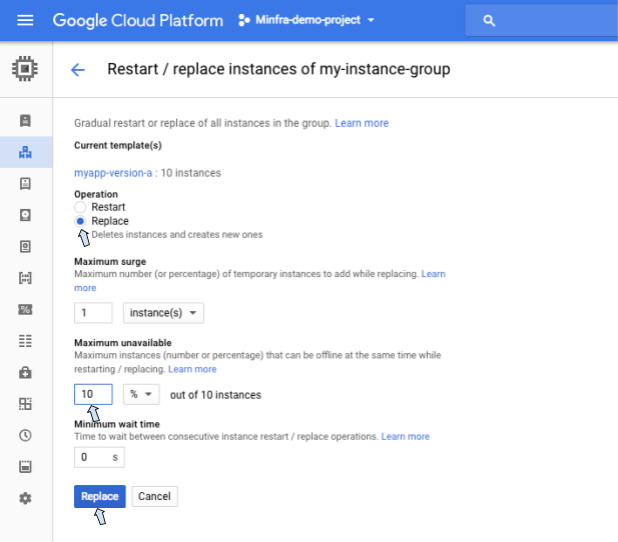 Notice that the replace action uses the same controls as max-unavailable that our earlier simple update example used to control how many instances to take offline at the same time.


We think these are the most common use cases for the managed instance groups updater, but realistically, we've just scratched the surface of everything that’s possible with it. Thanks to flexible controls like max-unavailable and max-surge, support for canary updates and different actuation commands such as start-update, restart and recreate, you now have a lot of options for maintaining your managed instance groups fleet. For more information, please see the documentation, and feel free to reach out to us with questions and feedback in the GCE discussion group.