When writing unit tests, you may want to run the same or a very similar test for different inputs or input/output pairs. In Java, as in most programming languages, the best way to do this is by using a parameterized test framework.

JUnit4 has a number of such frameworks available, such as junit.runners.Parameterized and JUnitParams. A couple of years ago, a few Google engineers found the existing frameworks lacking in functionality and simplicity, and decided to create their own alternative. After a lot of tweaks, fixes, and feature additions based on feedback from clients all over Google, we arrived at what TestParameterInjector is today.

As can be seen in the graph below, TestParameterInjector is now the most used framework for new tests in the Google codebase: 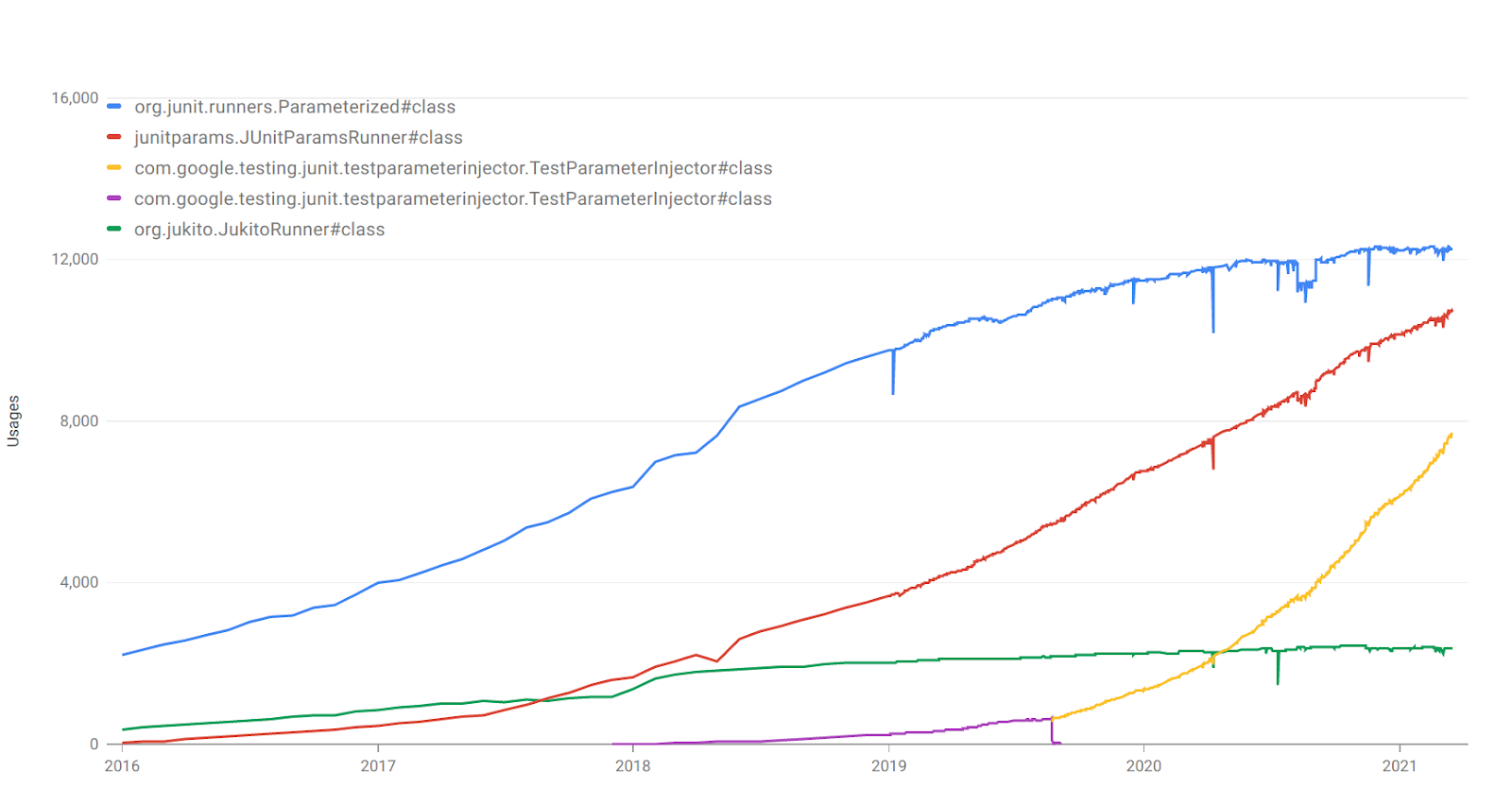 Annotated fields (such as isDryRun) will cause each test method to run for all possible values while annotated method parameters (such as enableFlag) will only impact that test method. Note that the generated test names will typically be helpful but concise, for example: MyTest#test2[isDryRun=true, VALUE_A].
The other annotation, @TestParameters, can be seen at work in this snippet:

In contrast to the first example, which tests all combinations, a @TestParameters-annotated method runs once for each test case specified.

How does TestParameterInjector compare to other frameworks?

To our knowledge, the table below summarizes the features of the different frameworks in use at Google:

Our GitHub README at https://github.com/google/TestParameterInjector gives an overview of the possibilities of this framework. Let us know on GitHub if you have any questions, comments, or feature requests!