After introducing Chris Akhavanr and Purnima Kochikar in the last blog post, we would like to introduce our next two judges for the AdMob Student App Challenge: Robert Unsworth and Gregory Block. They are part of a six-person judge panel that will judge your app, and decide on the Grand Prize winner. As a reminder, the Grand Prize winner will score a week-long trip to San Francisco, including a visit to Google’s headquarters in Mountain View, as well as have their app featured on the Google Play store. To help you better prepare, we’d like to share some of the insights we gained from getting to know them, as well as what, in their view, makes a great app! 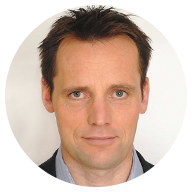 What is your background and experience working with apps?
12 years working in gaming, social and media apps across the globe.

What is the most important thing you look for when reviewing an app?
Usability and efficiency - within 60 seconds do I understand what it's for and how I need to use it in order for it to provide me with a service I need.

What tip(s) would you give to a new app developer building their first app?
Test it on real people and iterate frequently and quickly. Don't go just by the metrics but integrate qualitative feedback as well.

Anything else you want student developers to know?
There are two: Keep it simple and keep it simple. 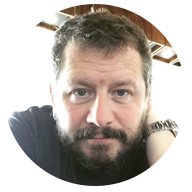 What is your background and experience working with apps?
I've been responsible for the development and build of several apps, both inside and outside of Google, on both Chrome and in Android.

What is the most important thing you look for when reviewing an app?
Attention to detail of the user experience, and how well the app serves the core use case it's trying to address.  Users sweat the small stuff - developers should too.  Polish matters - it's not just about looking pretty, it's about feeling solid, responsive, and zippy.

What tip(s) would you give to a new app developer building their first app?
Sketch broadly, at first.  Build end-to-end use cases, and use them.  Iterate.  Don't go deep on a single screen and end up with unpolished areas, time-box yourself on things, and keep honest track of what's left to do. Don't end up on a death march in your last week of development because you spent time today doing things that weren't absolutely necessary. Don't cut the wrong corner at the wrong time.

And write tests. Because even if you think you're good enough to not need them, you'll wish you had by the time it's all over.

Anything else you want student developers to know?
Love your app. If there's something you don't love, your users probably won't love it either. Minimalism is more forgivable than lack of polish in the eyes of your users, but ultimately, you're the most important user to satisfy; be honest with and true to yourself.

If you’d like to learn more about the judging process please visit our AdMob Student App Challenge judges page for more details. Lastly, remember to continue to follow us on AdMob G+ and Twitter, and keep an eye on #AdMobSAC16 too, for regular updates on the challenge.