Since launching YouTube Creators for Change in September 2016, we’ve partnered with 39 inspiring creators from around the world, helping amplify their voices to counter hate and promote tolerance. Over the last year they’ve released dozens of thought-provoking videos that show the power of video to encourage empathy and understanding around the world.

Today, over a hundred YouTube creators are gathered in London for the annual Creators for Change Summit. The summit celebrates last year’s progress and fosters collaboration between leading advocates of social change for the year ahead. These creators include: 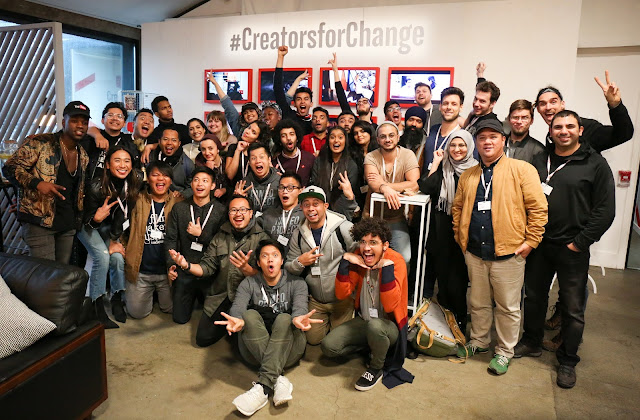 In 2017, global audiences viewed Creators for Change videos tens of millions of times, spending hundreds of thousands of hours watching this content.

Creators for Change collaborated with social impact organizations and experts in Australia, Germany, Indonesia, Israel, Spain, Turkey, United Kingdom, France and Belgium. One example of this is the Indonesian chapter campaign #1Indonesia where YouTube creators Cameo Project teamed up with the Maarif Institute, a local NGO, on a cross-country project to encourage over 2,000 high school students from ten cities to create videos for positive change on topics that affect their communities. Topics included tolerance for ethnic and religious minorities, and digital literacy around online hoaxes.

Through Creators for Change, we’ve educated over 15,000 young people in over 200 locations through local grassroots efforts, including workshops and school programs. In fact, students surveyed in Germany and the United Kingdom reported a significant increase in confidence in their ability to identify and counter hate speech online as a result of the workshops. And we’re just getting started …

Increasing our investment in 2018

In 2018, we are continuing to invest in Creators for Change, including providing production and marketing support with a value of over $5M to diverse voices harnessing the power and scale of YouTube in groundbreaking, positive ways.

We will engage more creators in the program, arm the wider YouTube community with new tools and education on how to create change, and empower more young people to use their voices to encourage positive social messages.

In the coming months, we’ll announce the global recipients of the production grants we’re making available through this renewed investment.

Video is a powerful medium to open minds to new perspectives and shared experiences. Creators prove that to us every single day. And we think Creators for Change in 2018 will reach and inspire even bigger audiences.