Editor’s note: Since the launch of Google Maps ten years ago, maps have come a long way. To celebrate a decade of map innovation, we’re highlighting unique maps built by our developer community. Hear from Scott Loarie at iNaturalist.org and see how they’re using Google Maps APIs to create a community-driven conservation map.

At the California Academy of Sciences, we’re using maps to help people discover plant and animal life from around the world on iNaturalist.org. To help people share and learn about nature across the globe, we’re bringing those experiences directly to our visitors using Google Maps APIs.

Our virtual conservation effort is powered primarily by the Google Maps JavaScript API and Google Maps Android API, which render maps for our website and Android mobile app. And to make our maps even more engaging and easy to use, we rely on other APIs, too. We use the Static Maps API to display map locations without having to display locations in a lightweight manner, and the Street View Image API to show 360-degree views of the Galapagos Islands. The Geocoding API enables us to turn place names into coordinates, letting people ‘add an observation’ to our map and participate in our site.

Using the Google Maps APIs, we can create multi-layered maps that are both educational for consumers and useful for researchers. Our app automatically geotags photos as they’re uploaded and displays them based on GPS coordinates. Additionally, we pull data from the International Union for Conservation of Nature (IUCN) about locations of species and display them in KML format using polygons on the Google Map. Seeing photos and data on the map lets researchers compare observations from multiple sources and determine numbers and types of species in a particular area. 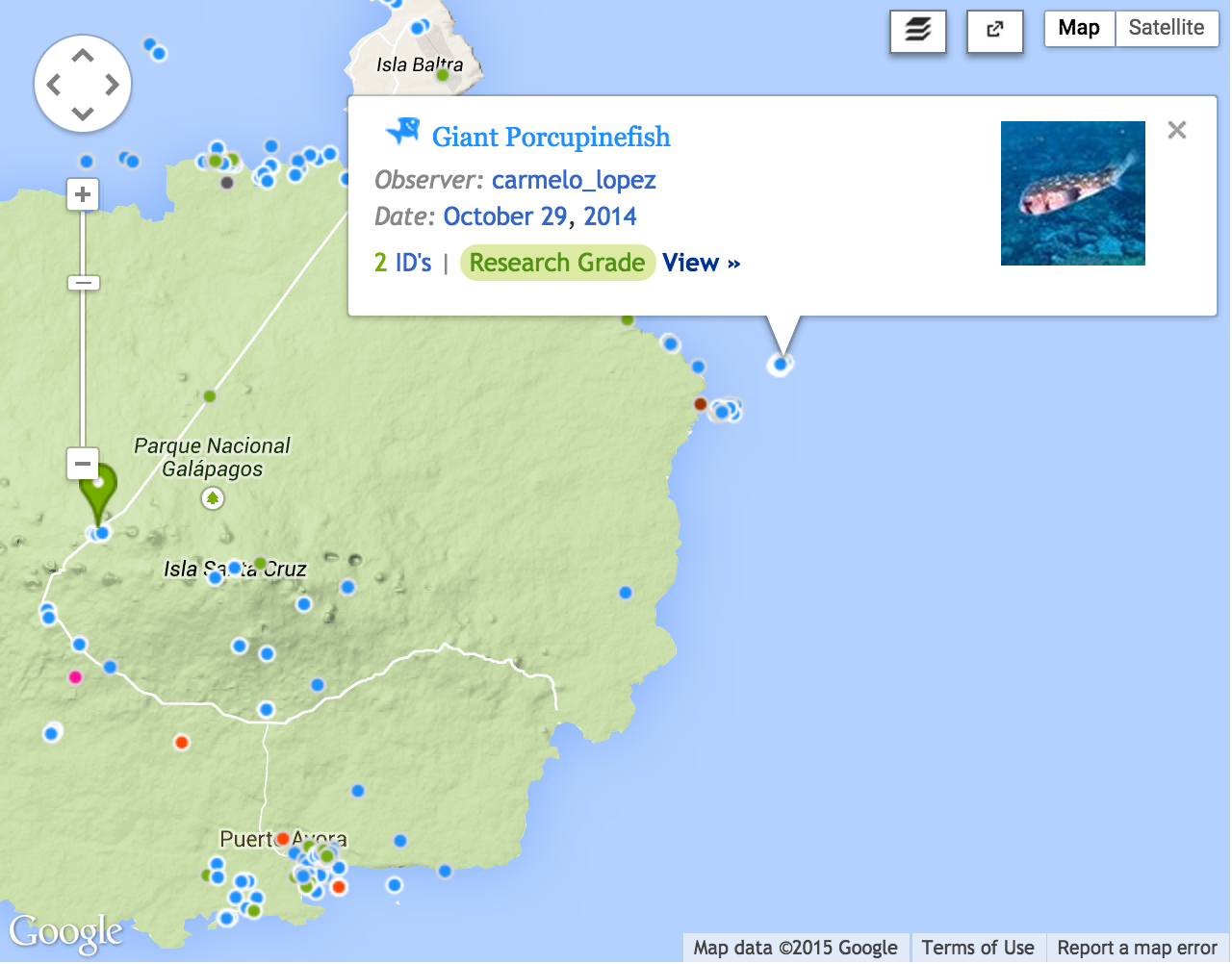 Since we launched our maps, 70,000 participants have contributed more than a million observations and documented more than 50,000 species. We get a new observation every 15 seconds. The more information we gather, the better we can raise awareness for conservation and help combat extinction.