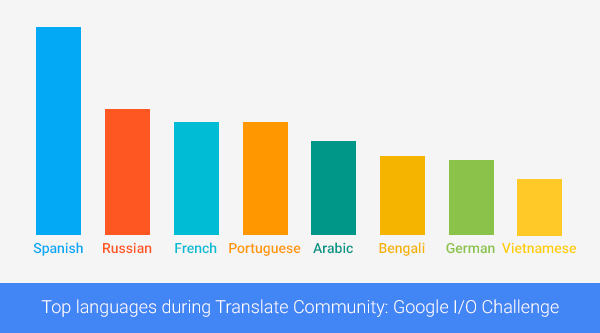 Some of the top contributing languages were what you might expect based on the number of speakers of each language; Spanish, Russian, French and Portuguese led the way through the challenge and languages like Bengali and Vietnamese notably moved their way up the rankings. 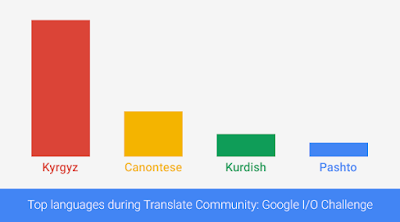 Of the languages that are not yet in Google Translate, Kyrgyz speakers shined the brightest with nearly 40,000 phrases translated and validated during the challenge. The Kyrgyz community has continued to plan events and rally to help add their language to Google Translate.

Thank you to the I/O Extended event organizers, Google Developer Groups and everyone who contributed to improving their language in Google Translate throughout this 10-day-challenge. We're excited to continue to work together in improving Google Translate.