Container virtualization is a rapidly evolving technology that can simplify how you deploy and manage distributed applications. When people discuss containers, they usually mean Linux-based containers. This makes sense, because native Linux kernel features like cgroups introduced the idea of resource isolation, eventually leading to containers as we know them today.


Google Cloud provides container-optimized VM images that you can use to run containers on Compute Engine. We also offer a Windows VM image for containers that comes with Docker, microsoft/windowsservercore, and microsoft/nanoserver base images installed. 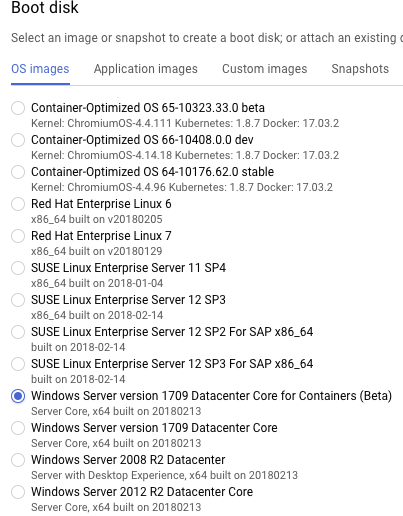 After you’ve created the instance, create a new Windows password either from the console or gcloud and RDP into the VM. Once inside the VM, you’ll notice that it’s a bare-minimum OS with a minimal UI. The good news is that Docker and the base images are already installed; that’s all you need to run Windows containers.

For the first Windows container, let’s create a HelloWorld PowerShell script that we can call, similar to this example.

First, let’s pull the PowerShell image and run it:


This takes us inside the PowerShell container. Now, we can create a HelloWorld PowerShell script and exit the container:


There you go, you’re running a Windows container on GCP!

If you want to try the steps on your own, we have a codelab you can try out: 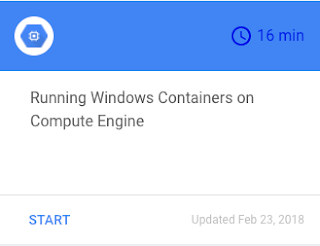 Just don’t forget to to shut down or delete the VM when you’re done experimenting, to avoid incurring charges!

To learn more about Windows containers and Windows on GCP, check out our documentation. And if you have feedback or want to know more, drop us a note in the comments.