At Google I/O, we announced Daydream—Google's platform for high quality, mobile virtual reality—and released early developer resources to get the community started with building for Daydream. Since then, the team has been hard at work, listening to feedback and evolving these resources into a suite of powerful developer tools.

Today, we are proud to announce that the Google VR SDK 1.0 with support for Daydream has graduated out of beta, and is now available on the Daydream developer site. Our updated SDK simplifies common VR development tasks so you can focus on building immersive, interactive mobile VR applications for Daydream-ready phones and headsets, and supports integrated asynchronous reprojection, high fidelity spatialized audio, and interactions using the Daydream controller. 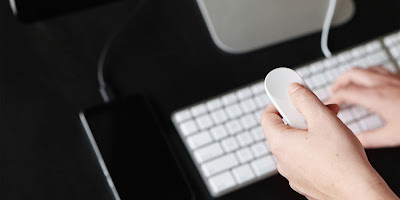 To make it even easier to start developing with the Google VR SDK 1.0, we’ve partnered with Unity and Unreal so you can use the game engines and tools you’re already familiar with. We’ve also updated the site with full documentation, reference sample apps, and tutorials.

This release marks the debut of native Daydream integration in Unity, which enables Daydream developers to take full advantage of all of Unity’s optimizations in VR rendering. It also adds support for features like head tracking, deep linking, and easy Android manifest configuration. Many Daydream launch apps are already working with the newest integration features, and you can now download the new Unity binary here and the Daydream plugin here.

While the first Daydream-ready phones and headset are coming this fall, you can start developing high-quality Daydream apps right now with the Google VR SDK 1.0 and the DIY developer kit.

We’re also opening applications to our Daydream Access Program (DAP) so we can work closely with even more developers building great content for Daydream. Submit your Daydream app proposal to apply to be part of our DAP.

When you create content for the Daydream platform, you know your apps will work seamlessly across every Daydream-ready phone and headset. Daydream is just getting started, and we’re looking forward to working together to help you build new immersive, interactive VR experiences. Stay tuned for more information about Daydream-ready phones and the Daydream headset and controller coming soon.