We continue our Google Summer of Code wrap-up series with RoboComp, an open source robotics development project. Check out their students’ work below.

RoboComp is a robotics development framework that uses distributed components over the Ice communications middleware. RoboComp also provides a set of useful tools that facilitate the life-cycle of robotics software components.

We participated in Google Summer of Code (GSoC) for the second time in 2015. The students working with us completed four projects and all showed great enthusiasm and dedication. One of the most remarkable experiences this year was watching the students work together, supporting one another in several situations. Their projects are briefly described below.

Symbolic Planning in perception: Mercedes Paoletti
Mercedes improved RoboComp’s symbolic planner and its AGM domain description language (pdf) to allow domains to include abstract actions. These actions can be used to reason about how robots can achieve tasks without specifying details until necessary (to some extent similar to lazy evaluation in general programming languages). For example, if you need to go to San Francisco you can plan two abstract actions: one to get to the airport and another to fly to SF. You then try to solve the first one, leaving the details of the second for later. In order to test it in a real robot with our cognitive robotics architecture CORTEX (pdf), Mercedes implemented a generalized inverse kinematics solver based on regularized non-linear optimization. This algorithm is used to move the arms of our robot Shelly (in the image). 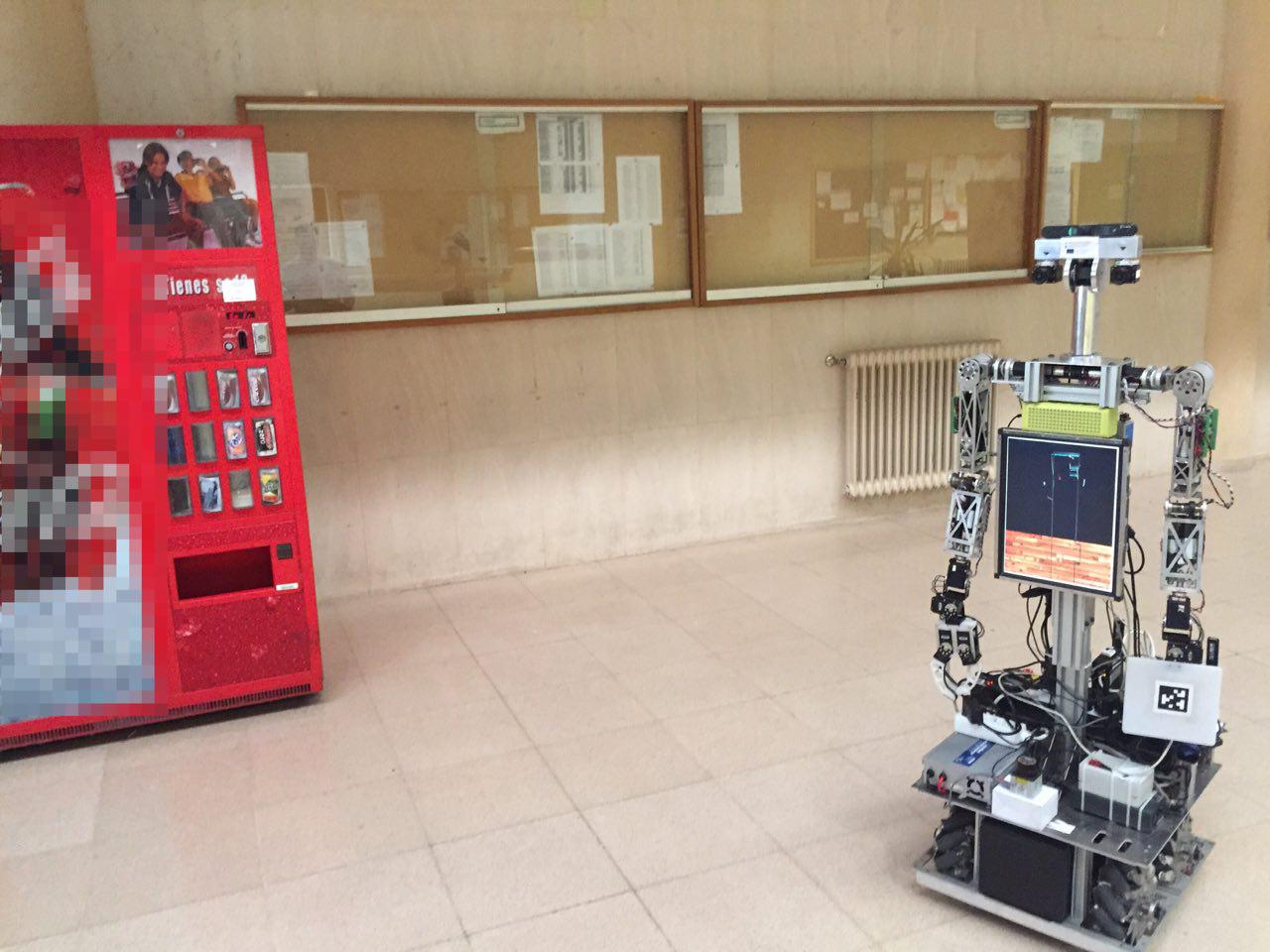 RoboComp Building and Deployment System Design: Nithin Murali
Nithin Murali made contributions in several areas. The current CMake building scripts were greatly improved, so that Debian packages can now be easily generated for the project. Additionally, Nithin created an Ubuntu PPA for the project with these packages. He also developed a workspace model and several tools to ease the deployment of components.

Computer Vision Components and Libraries Management: Kripasindhu Sarkar
Kripasindhu wrote a library to manage computer vision algorithms in RoboComp. He added all the library support tools as well as most of the main 2D and 3D recognition algorithms that we use. Kripasindhu developed a polymorphic and repeatable class design, yielding code that is easier to use and understand.

RoboComp Tutorial, Social Management and Documentation: Rajath Kumar M.P
Rajath greatly improved RoboComp’s documentation system and social media presence. He had the difficult task of learning about RoboComp yet at the same time writing a long series of tutorials of increasing difficulty. He also fixed several bugs in the installation system and has enthusiastically verified that everything now works as intended. As a result, RoboComp is much easier to install and many more people across the world have started to use it.