In the eleven years since Google Search first came to in India, we’ve done everything we can to make our products more useful and relevant for all Indians. Search in 2003 started in English but we quickly added Hindi, Bengali, Telugu, Marathi and Tamil. We’ve made Voice Search work in Hindi and even recognize Indian accents in English. When we couldn’t get enough data to build a comprehensive map of India for Google Maps, two Indian engineers built Google Map Maker to get the world’s help in crowdsourcing one.
Google India started with five employees in 2004 and since then has grown to be amongst the largest Google employee bases outside of U.S. with close to 1700 employees. And as smartphones have brought millions more online, Indians have become some of the most enthusiastic Google users. Using products like Gmail, Translate and Android, India is second only to the U.S. in total number of mobile Search queries.
But this is just the beginning. Today at our “Google for India” press event, we announced that we plan to ramp up our engineering presence in India, including a major expansion to our Hyderabad campus. Our goal is to bring all Indians online — regardless of income, region, age, gender, or language — and as they come online, we want to make the Internet more relevant and useful for their needs. There are three areas we’re focusing on to help do that. 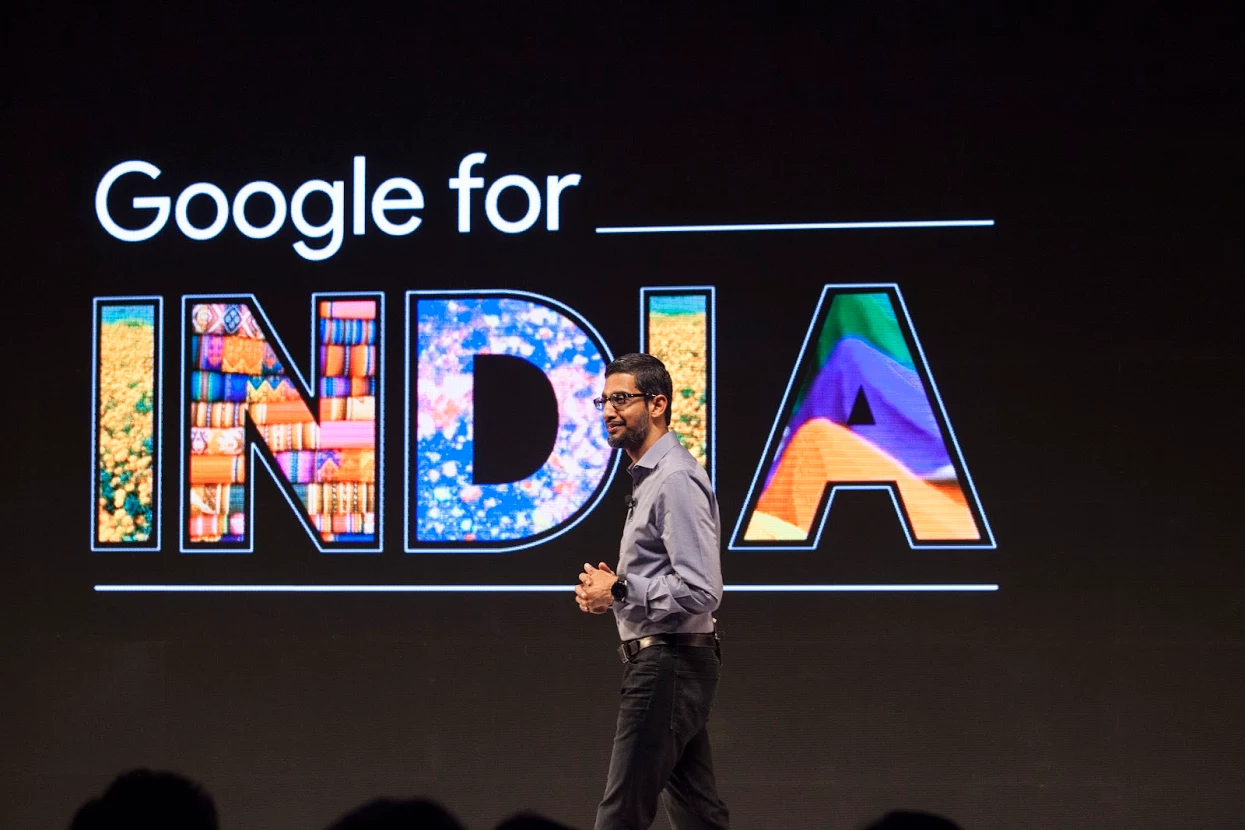 First, we are working to improve Indians’ access to the Internet. Today we announced that Mumbai Central will be the first station to come online in our program with Indian Railways and Railtel to offer free RailWire Wifi inside railway stations. By the end of 2016, 100 more stations will be operational, connecting more than 10 million people who pass through every day. We are also expanding our program with Tata Trusts to connect women in rural India through a fleet of Internet bikes. We’ve hit 1,000 villages so far, and now we are adding resources with the hope of reaching 3,00,000 villages nationwide within three years.
Second, we are adapting our products to work better for Indians on 2G connections. “Lighter” Search results and web pages automatically load faster when you’re on limited bandwidth—helping not just users on slow connections but publishers who see a 50% increase in traffic. Our Data Saver mode on the Chrome mobile browser removes images when we detect you’re using a slow connection. We’re also making our products work when there’s no connection at all. Google Maps now allows real-time navigation and searches without a data connection. YouTube’s offline mode—launched first in India—helps people watch videos without Internet access, and a new feature rolling out next year that will improve buffering when videos are paused.
Third, we want to empower Indians to build great things for India, whether it’s an app, service, business or even a video. We’re launching a program to train two million new Android developers over the next three years by working closely with more than 30 universities across the country in partnership with the National Skill Development Corporation. This comes on top of a recent promise to give 1,000 of today’s best and brightest Indian startups $20,000 in credits to run their business on Google Cloud Platform. And the Chromebit, a small device that turns a monitor into a computer, will be available in India starting in January — a tool to boost computing in the education sector. We’re also teaching Indian content creators how to make even better videos at the YouTube Space Mumbai, which opened earlier this month.
Today’s announcements are just the latest steps in our journey to bring all Indians online and make the Internet more relevant and useful for their needs. There are still nearly a billion people in India who don’t have access to the Internet. So like we have from the first day we started providing Search in India, we will keep innovating and working hard to help people improve their lives through technology.
Posted by Caesar Sengupta, Vice President, Chrome and Android