Today, Google’s latest investment in long-haul undersea fibre optic cabling comes online: the FASTER Cable System gives Google access to up to 10Tbps (Terabytes per second) of the cable’s total 60Tbps bandwidth between the US and Japan. We'll use this capacity to support our users, including Google Apps and Cloud Platform customers. This is the highest-capacity undersea cable ever built — about ten million times faster than your average cable modem — and we’re beaming light through it starting today. 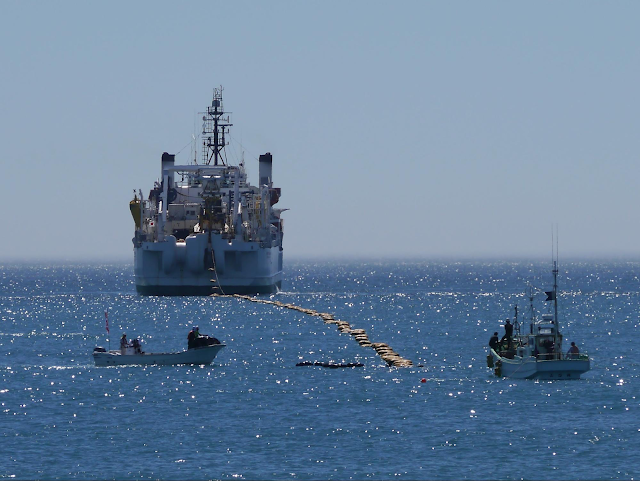 This is especially exciting, as we prepare to launch a new Google Cloud Platform East Asia region in Tokyo later this year. Dedicated bandwidth to this region results in faster data transfers and reduced latency as GCP customers deliver their applications and information to customers around the globe.

The FASTER Cable System is just the latest example of Google’s ongoing investments in internet infrastructure. We were the first technology company to invest in undersea cable back in 2008, with the 7.68Tb trans-Pacific Unity cable, which came online in 2010. Today’s completion brings the global number of Google-owned undersea cables up to four, with more (under) the horizon.

Google's one of six members of the FASTER Consortium, with sole access to a pair of 100Gb/s x 100 wavelengths optical transmission strands between Oregon and Japan — one strand for sending and one for receiving.