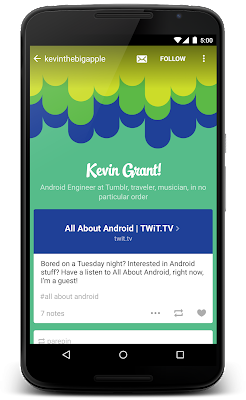 Last week, we unveiled the Nexus 6 and Nexus 9, the newest additions to our Nexus family that will ship with Android 5.0 Lollipop. Together, they deliver a pure Google experience, showcasing fresh visual styles with material design, improved performance, and additional features.

Let’s make sure your apps and games are optimized to give your users the best mobile experience on these devices. We’ve outlined some best practices below.

It has a quantized density of 560 dpi, which falls in between the xxhdpi and xxxhdpi primary density buckets. For the Nexus 6, the platform will scale down xxxhdpi assets, but if those aren’t available, then it will scale up xxhdpi assets.

Provide at least an xxxhdpi app icon because devices can display large app icons on the launcher. It’s best practice to place your app icons in mipmap- folders (not the drawable- folders) because they are used at resolutions different from the device’s current density. For example, an xxxhdpi app icon can be used on the launcher for an xxhdpi device.

Choosing to add xxxhdpi versions for the rest of your assets will provide a sharper visual experience on the Nexus 6, but does increase apk size, so you should make an appropriate decision for your app.

Make sure you are not filtered on Google Play

If you are using the <compatible-screens> element in the AndroidManifest.xml file, you should stop using it because it’s not scalable to re-compile and publish your app each time new devices come out. However, if you must use it, make sure to update the manifest to add the configuration for these devices (by screen size and density). Otherwise your app may be excluded from Google Play search results on these devices.

The Nexus 9 is a premium 8.9” tablet with a screen size of 2048 x 1536 pixels (288 ppi), which translates to 1024 x 768 dip. This is a 4:3 aspect ratio, which is unique compared to earlier tablets. The Nexus 9 falls into the xhdpi density bucket, and you should already have assets in the drawable-xhdpi folder. 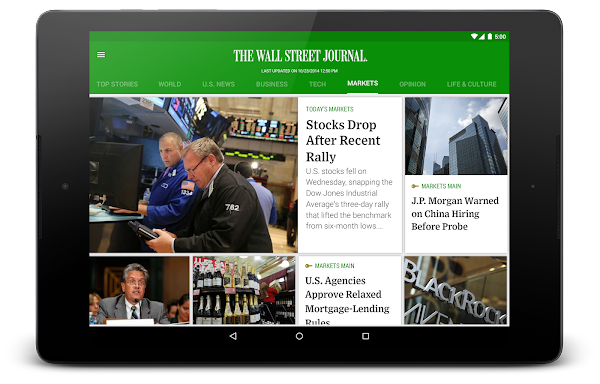 The Nexus 9 runs on a 64-bit Dual Core processor, which makes it the first Android device to ship with a 64-bit ARM instruction set. Support for 64-bit processors was just added in Android 5.0, so if you have an NDK app, enable it by updating the APP_ABI value in your Application.mk file:

More detailed instructions are provided in the developer site. You can test your 64-bit enabled app on a physical device with a 64-bit processor running Android 5.0, or take advantage of the recently announced 64-bit emulator in Android Studio.

The Nexus 9 Keyboard Folio will be available as an accessory in Google Play. It’s very important that you don’t lock your app to a single orientation. The Nexus 9’s natural orientation is portrait mode, while it’s used in landscape mode with the keyboard. If you lock to the device’s natural orientation, the app may appear sideways for devices with keyboards.

Users should be able to navigate around the main content of the app with the keyboard, while relying on touch input or keyboard shortcuts for toolbar actions and button bars. Therefore, ensure that your app has proper keyboard navigation and shortcuts for primary actions. Keyboard shortcuts that are invoked with Ctrl + [shortcut] combo can be defined via menu items using:

In order to take advantage of the screen real estate on the Nexus 6 and Nexus 9, we emphasize the importance of responsive design. In the past, if you assumed that landscape mode is significantly wider than portrait mode, you may run into problems on a device like the Nexus 9, which has an aspect ratio of 4:3. Instead of declaring layouts using the layout-land or layout-port resource folder qualifiers, we strongly recommend switching to the w<N>dp width resource folder qualifier so that content is laid out based on available screen width.

Think about content first and foremost. Decide on min and max screen real estate that your content requires, and determine cutoff points at different screen widths where you can modify the layout composition for your app (# of grid columns, multi-pane layout, etc…).

For example, a single pane layout for your main activity on phones can be defined in:

On larger screen devices, where the current orientation is at least 600dp in width, a new two-pane layout with a list alongside a detail pane could be declared in:

On even larger screen devices, where the current orientation is at least 720dp in width, a new multi-pane layout where the detail pane requires even more horizontal space could be declared in:

As for attributes based on form factor, instead of declaring them in values-large or values-xlarge resource directories, use the sw<N>dp smallest width qualifier. For example, you could style your TextViews to have a medium font size on phones.

Meanwhile, TextViews could have a large font size when the smallest width of the device (taking the minimum of the landscape and portrait widths) is 600dp or wider. This ensures the font size of your app doesn’t change when you rotate this large screen device.

Take advantage of 5.0 and Material

Set your android:targetSdkVersion to "21". Take note of the important behavior changes in Android 5.0 Lollipop including ART, the new Android runtime, to ensure that your app continues to run well. You can also leverage new platform APIs like richer notifications.

Nexus 6 and Nexus 9 users will be immersed in the new world of material design, and they’ll expect the same seamless transitions, bold colors, and delightful details from your app. As you invest time in bringing your app up to date with our latest design language, there’s a whole host of resources to help you make the leap, including important new updates to the support library, videos, and a getting started guide. Good luck and we can’t wait to see your apps!