Cross-posted from the DoubleClick Advertiser blog

Ad fraud is a serious threat to the advertising ecosystem. It’s one we’ve been deeply committed to solving over the years, investing significantly in technology and expertise to keep bad ads and bad traffic out of our ads systems. Today we’re adding to those investments with a new feature in DoubleClick Bid Manager that automatically prevents advertisers from buying hidden ad slots, built from our spider.io technology.

What is a hidden ad?
Many in the industry are familiar with ad viewability, which is a measure of whether an ad was actually shown on a screen. The vast majority of non-viewable ad impressions are legitimate ads that are intended to be seen by a user, but were not viewed due to various ways people interact with content on the web. Products like Active View help advertisers and publishers address this by giving actionable reporting on ad viewability.

However, some bad actors deliberately hide ads to boost their ad impression numbers, resulting in advertisers paying for ads that have no chance of ever being seen. Below are some of many different methods employed by bad actors who create these “hidden” ads, one type of fraud identified in the IAB’s Anti-Fraud Principles and Proposed Taxonomy:

Bad actors often create sites and stack multiple ads in a single ad slot (like a pile of magazines), where only the top ad is visible. Or, they may adjust the styling of page content to make ads completely invisible. The typical approach, however, is to create a very small iframe to serve ads into that’s impossible for a user to see.


Even worse, some bad actors create adware that can inject hidden ads into a web page, without the publisher even realizing it: 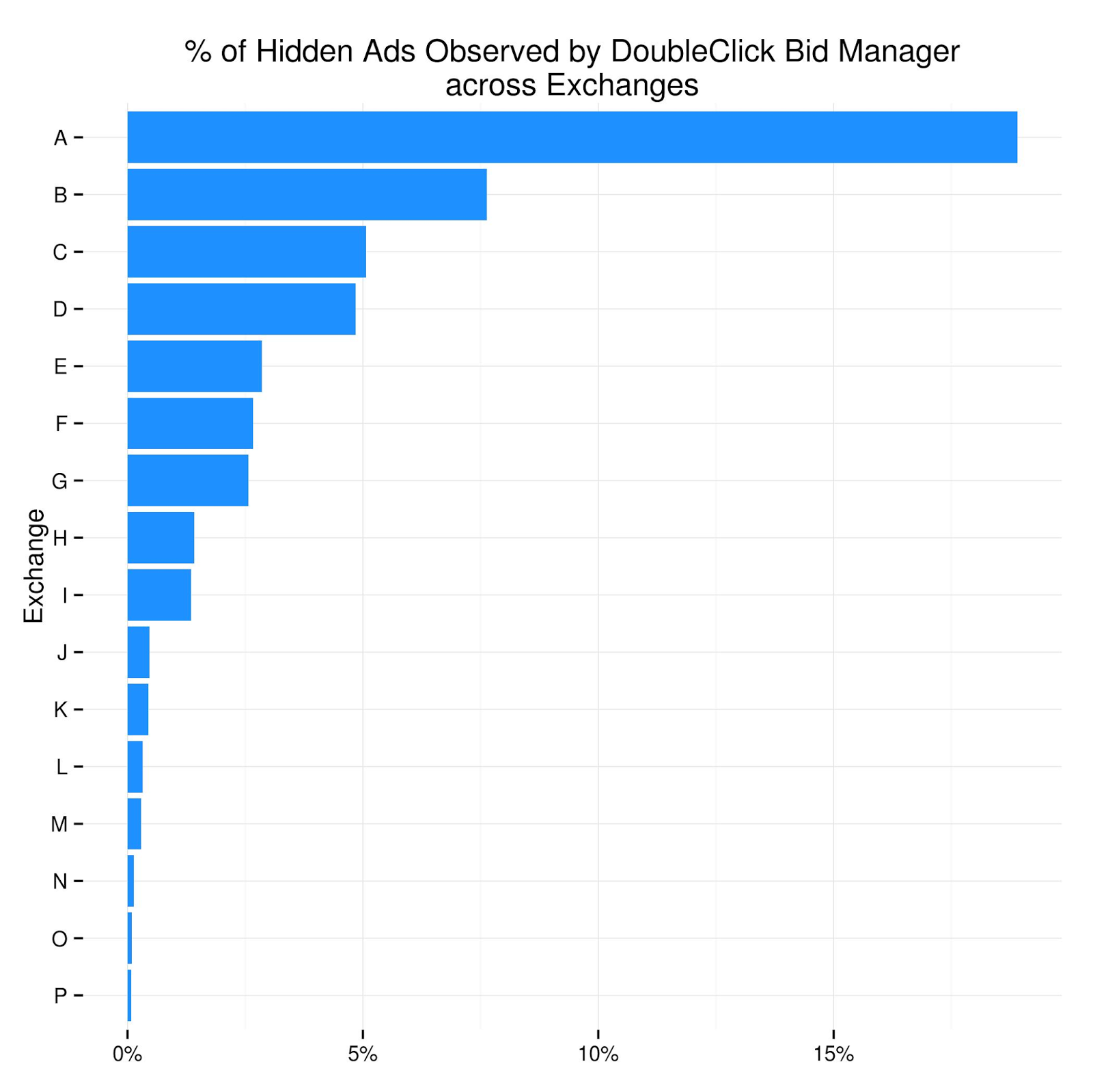 It doesn’t stop here. Ad fraud is perpetrated by organized groups that constantly change tactics to defraud the industry for their own gains. That’s why we’re always researching and updating our defenses to ensure advertisers are getting the media they intend to purchase. Stay tuned for more updates as we continue refining our tools to promote a healthy, safe advertising ecosystem.