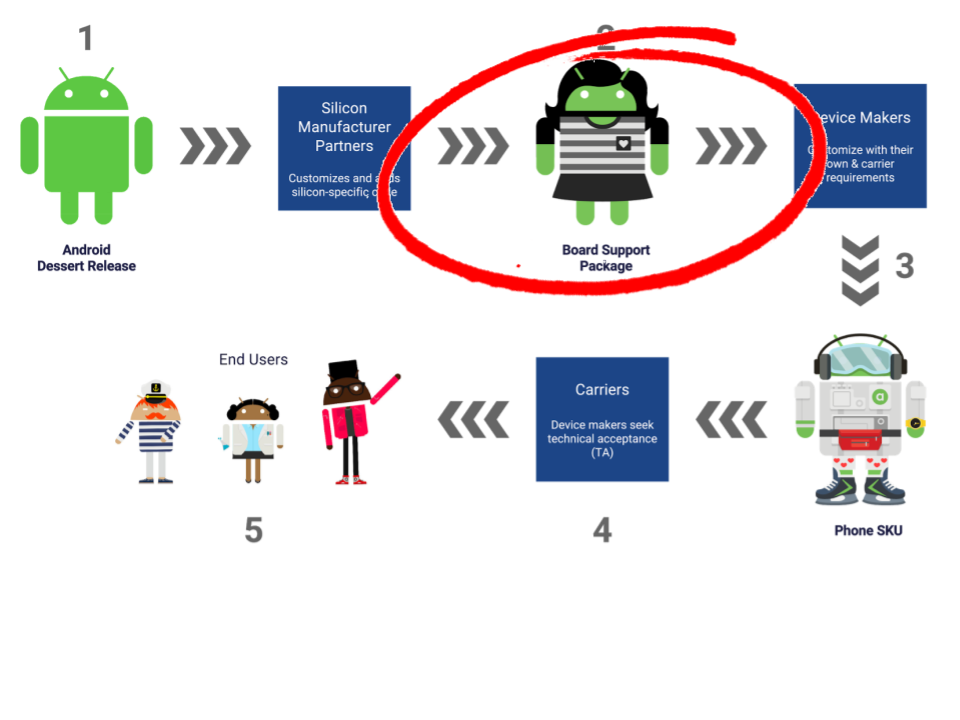 As Android continues to evolve, each new release of the OS brings new features, new user experiences, and better security. It is important that these new releases find their way to mobile devices as fast as possible.

In this post, we provide an update to Project Treble and the technology that allowed us to bring Android Beta to more phones this year.

Bringing  the new Android release quickly to the hands of users takes a combined effort between Google, silicon manufacturers (SM), device manufacturers (OEMs), and carriers. This process is technically challenging and requires aligning the schedules between our industry partners.

To reduce the technical difficulties, we launched Project Treble as part of Android Oreo.

Next, to capitalize on the foundation we built, we collaborated closely with the silicon manufacturers, where the journey of making an Android device always begins.

Any device with the latest version of Android must be based on an SoC with the proper software support for it. This software, commonly referred to as the Board Support Package (BSP), contains not only the chip-specific vendor implementation, but also all of the Android Open Source Project (AOSP) and pieces of the framework that are missing from AOSP itself (e.g., carrier-specific telephony functionality).

These BSPs are the starting point for all device launches. OEMs adapt the vendor implementation to their hardware and add their own custom framework components.

While silicon manufacturers always want the latest version of Android in their BSPs, the costs have been prohibitive. By making it possible for newer AOSP frameworks to run on older, already-released vendor implementations, Project Treble dramatically reduces the need for continuous investment in older silicon to support each Android release. Silicon manufacturers have to do all this work just once, rather than every time there is a new release of Android.

However, that first time still has to happen. Below is a chart, which illustrates the effort the various actors expend over time as they go through each release. You can think of it as code churn or bug count over time. 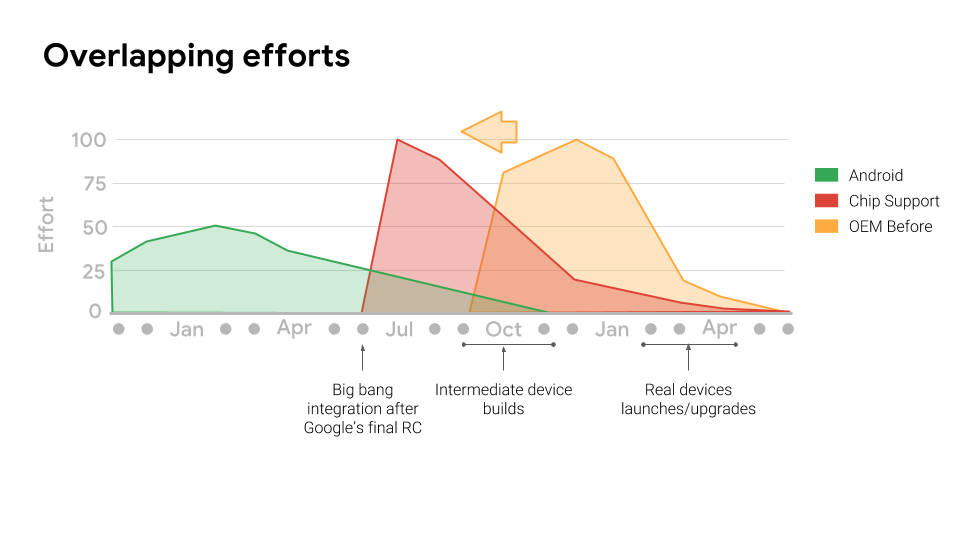 The chart shows how there is very little time in the year for Google, silicon manufacturers, and the OEMs to all this work. Any overlap between phases causes code churn and introduces significant schedule risk. For OEMs who target the holiday season, it is often safer to launch on an older BSP with a year-old or even older Android version. This dynamic has been at the heart of the slow uptake of the latest Android release, even on flagship devices. 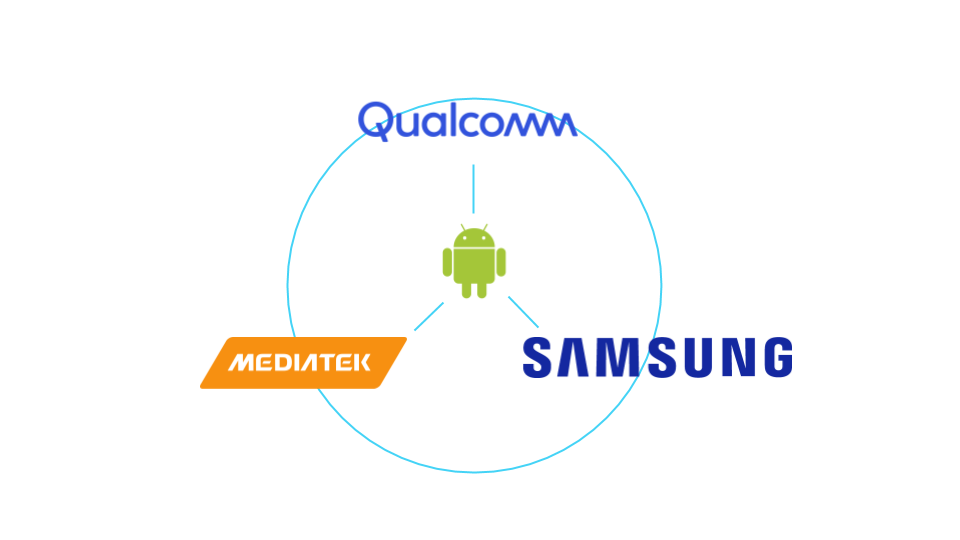 To solve this, we've worked  closely with Qualcomm, MediaTek and Samsung SLSI to co-develop their BSPs, starting with Android P. Their BSPs are now ready for Android P on a much-accelerated schedule, reducing the overall effort significantly. These silicon manufacturers are now able to provide a stable and high-quality release much earlier than before, allowing OEMs to bring the latest innovations of Android to their customers across the globe. 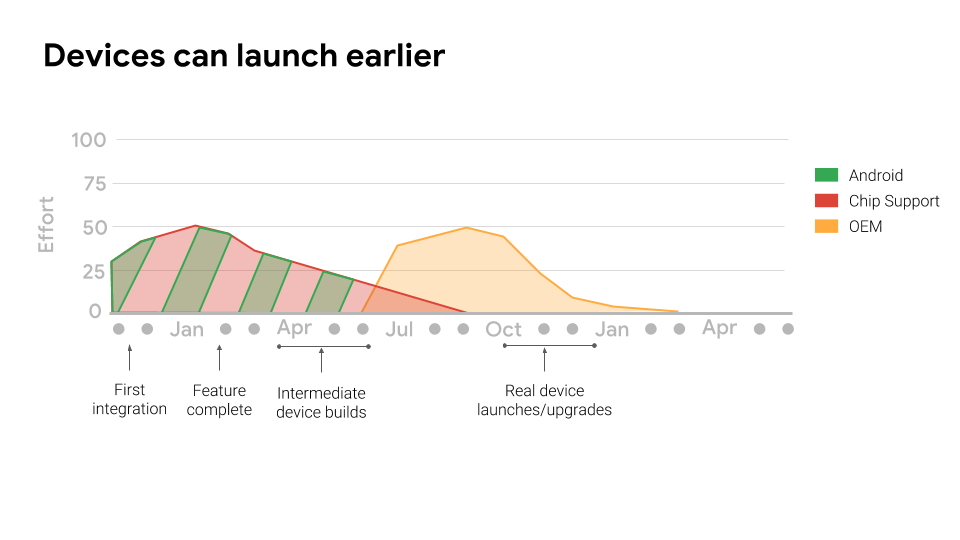 This is an important step in accelerating the adoption of Android releases that bring numerous benefits to our partners, users, and Android developers. We look forward to seeing many more partners launch or upgrade devices to Android P.