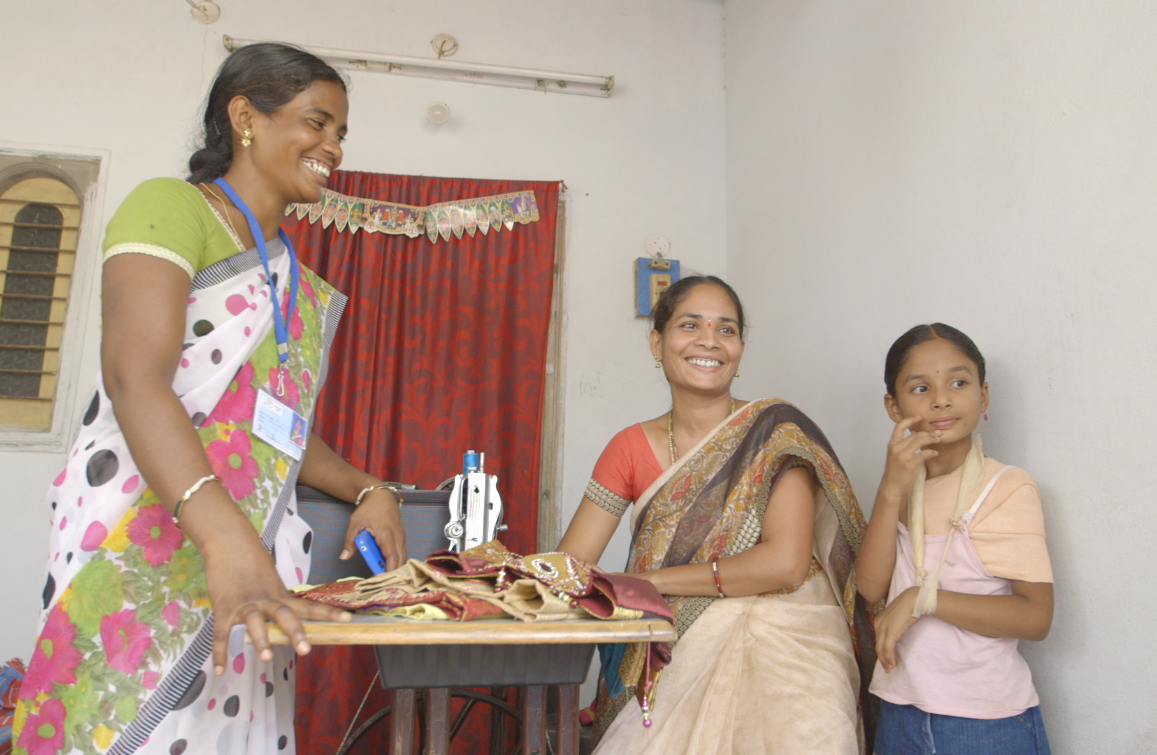 Bujji, an  Internet Saathi in Somavaram, Vijayawada, learnt how to use the internet and many ways the internet could be used to enhance and add value to  her  everyday life. Enthused by the possibility,  she became a trainer and trained her neighbour Nagalakshmi on how to use the internet. Nagalakshmi started researching sari blouse designs so she could start stitching more intricate clothing for her tailoring unit. She also researched going rates online and is now selling her handiwork at triple the former price. She is now able to use the extra money she makes to send her daughter to the best school in the area.
Bujji today is not only popular amongst the women in her village but she is also inspiring several other women in her neighbouring villages to learn. 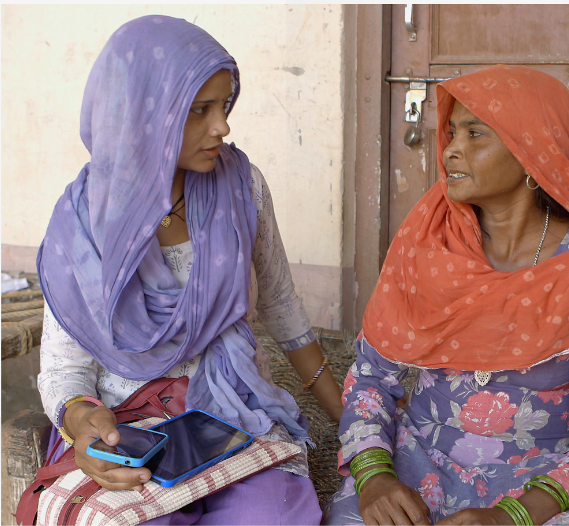 Chetna, who lives in  Alwar District of Rajasthan too became an Internet Saathi in December, 2015.  She not only learnt about mustard farming techniques to run her farm but  her own  experience  inspired her  to train 500+ girls and women in span of four months. Several women, today  reach out to her for a range of issues, including  quick remedies for day to day health issues to sourcing  information on MNREGA and other government schemes.
Divided by geographies but united in their mission to empower other women and their communities to gain from the power of the internet, there are thousands of women like Chetna and Bujji who are becoming the change agents in rural India.
100,000 women across India have learned  to use the Internet under the ‘Internet Saathi’ program launched by Google and Tata Trusts  in India July 2015. Aimed at  bridging  the digital gender disparity in rural India and empowering women and their communities by providing basic training on the usage and benefits of the internet - ‘Internet Saathi’ program is driving  a meaningful impact in improving  the lives of women and their communities in rural India. In the last ten months we have been active in villages across five states in India, namely Rajasthan, Gujarat, Jharkhand, Andhra Pradesh and Madhya Pradesh. And now we’re expanding the program to four new states - West Bengal, Assam, Uttar Pradesh and Tripura.
‘Internet Saathi’ program focuses on training women in rural India to explore the various uses of Internet, who then impart training to the larger rural community in their own and neighbouring villages. Google helps in training the Saathi’s and provides data enabled devices along with the training material. On ground training classes is conducted by involving self help group federations and local NGO members who are supported by Tata Trusts on-ground network.
Only 1 in 10 Internet users in Rural India is a woman. Working along with our partners, we aim to create an enabling environment that empowers women in rural India. We have seen tremendous success in the Internet Saathi model - having local women trainer ensures continuity in the process of learning and imparting hands on training to women and children in villages - making it a highly scalable and sustainable program. We are committed to our mission of reaching 300,000 villages in India in next few years.
Posted by, Sapna Chadha, Head of Marketing, Google India