Your YouTube integration is important; but, do you know if you are still on the soon-to-be-retired v2 API or taking advantage of many new features that the new Data API v3 offers, like “video ratings,” “in-video promotions” and “channel sections?”

Retirement plan
In March 2014, we announced that the v2 API would be retired in April 20, 2015, and would be shut down soon thereafter. To help you with your migration, we launched the migration guide in September. Now, we’d like to provide you with more details on the plan to retire v2.

To make sure that you’ve migrated everything over before fully shutting off the v2 API, we’ll perform the first of what we call “blackout tests” for the v2 API in the coming weeks, where we’ll shut down the v2 API for a limited period of time. The blackout tests, which will take place on different days of the week and at varying times of day, are meant to help you better understand the impact the retirement will have on your applications and users.

Most of the v2 requests during the blackout window will be responded to with a HTTP 410 Gone. If you want to test your application’s reaction to this response, point it at eol.gdata.youtube.com instead of gdata.youtube.com.

How you can migrate
Check out the frequently asked questions and migration guide for the most up-to-date instructions on how to update specific features to use the new API. The guide now lists all of the v2 API functionality that is being deprecated and won't be offered in the v3 API. It also identifies a couple of features that we're migrating but still working on, like “captions” and “comments”. And, finally, it includes updated instructions for a few newly migrated features, like “browser-based uploading” and “language relevant search”. 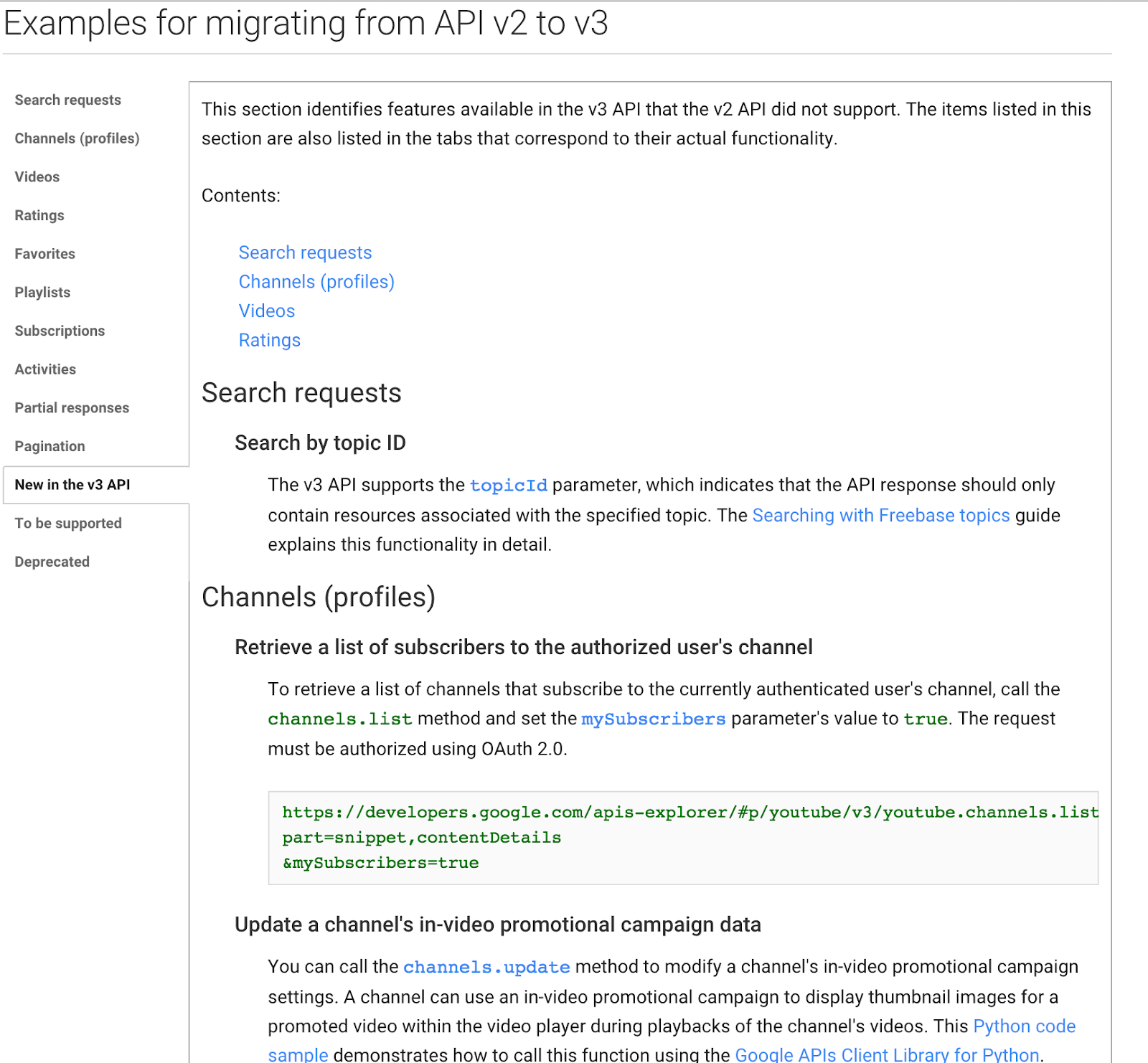 Once you’re done with that, join the rest of the folks who’ve migrated, kick back and enjoy this.