Last week at OSCON, a couple of us Google Cloud Platform developer advocates participated in a hackathon with the Kubernetes team and the Cloud Native Computing Foundation as part of the OSCON Contribute series. The idea behind these hackathons is to help people get involved with open source, to grow from users to contributors. Every open source project has its own culture around submissions, and can be daunting to people on the outside. Having people who want to contribute in the same room as the people who know the process can get new contributors up and running quickly.
We had a diverse crowd of people from all around the Kubernetes community. One group was working on building drivers to connect EMC storage as a persistent storage solution for Kubernetes clusters. Another contributor helped improve documentation by submitting diagrams that illustrate complex configurations. Mike from Wisconsin participated because “I just love this project. I wanted to see if I could do something to give back.” We liked that attitude so a few of us Googlers skipped out on the event lunch and took Mike out for high-end hot dogs at Frank Restaurant.

Around 75 people showed up to the event, and by the end of the day we had seven pull requests from four new contributors for Kubernetes documentation, and a couple of the 43 pull requests the main Kubernetes project fielded were from our efforts. We’re happy to have the contributions, and even more excited for the new contributors, who have gotten over the hurdle of putting in their first pull request. They're that much closer to their second and third contributions than they were before this event, and are now valued members of the Kubernetes contributor community. 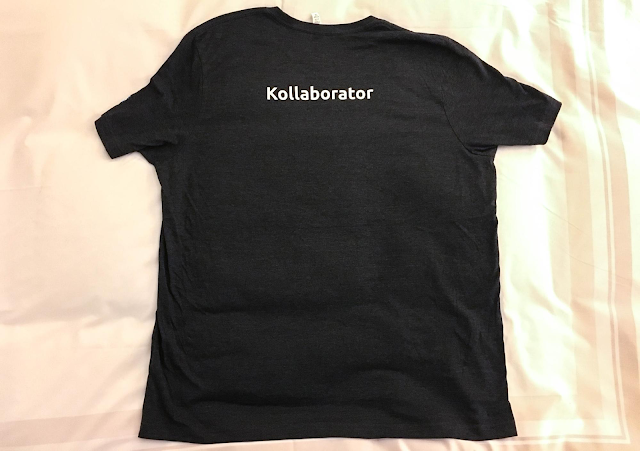 We also weren’t above bribing people. We gave out lots of great new limited-edition “Kollaborator” t-shirts, Cloud Platform credits, and free, temporary accounts for non-GCP users. If you have to run some servers to test out your Kubernetes contributions, we want to foot the bill!

Just because the hackathon is over, it doesn’t mean you can’t still contribute. You can find out more about the Kubernetes Project at our Getting Started pages. Then, visit the Kubernetes project on Github, click on the “Fork” button and start messing around with the source. If you want to try your hand at a few areas where we need help, check out the issues on Github marked Help Wanted. Our documentation team is so keen on getting contributions that they've even put up bounties on particular issues. Every little bit counts!