(Cross-posted on the Google for Education Blog.)

Editor's note: Earlier today we announced four new ways to help teachers engage their students using Google tools. This post dives deeper into one of the four announcements: creative apps on Chromebooks. If you’re at ISTE in Denver, visit us at booth #2511 in the expo hall to learn more and demo these apps.

Skills of the future

In 2015, Google commissioned research from the Economist Intelligence Unit to better understand the skills students need to be successful in the future workplace. In addition to literacy and numeracy, the research uncovered a wider range of skills — including problem-solving, teamwork, communication and creativity — that are most sought after by employers.

“It’s increasingly rare for someone to sit in the office with the door closed and do tasks individually,” says Kaitlyn Manchester, ELA Teacher at Muller Road Middle School in Blythewood, South Carolina. “There’s a need to come together as a team to get something done. If you leave school and you don’t have these skills, it’s difficult to do your job in the modern workplace.”

With this inspiration in mind, we’re on a mission to discover Chromebook tools that can be seamlessly integrated into classroom life, while also fostering skills of the future. We reached out to teachers in Chromebook classrooms and collaborated with EdTechTeacher to identify Chromebook apps that nurture these skills. Three creative apps consistently bubbled up as loved by teachers and students alike: Explain Everything, Soundtrap and WeVideo.
To see these apps in action in the classroom, we visited Muller Road Middle School in Blythewood, South Carolina:


During our visit, students used WeVideo’s collaborative video creation tool in English Language Arts to edit documentaries about a flood that ravaged their town. In Science, they used Soundtrap’s spoken word and music-making platform to create public service announcements about how hand-washing kills germs. And in Math, they used Explain Everything’s interactive whiteboard to animate their thinking about histograms.

“With creative apps on Chromebooks, students bring ideas to the table I never thought of,” says Tryphena Cuffy, 6th grade science teacher at Muller Road. “They are not limited; they combine concrete and abstract thought, and that’s when they shine.” 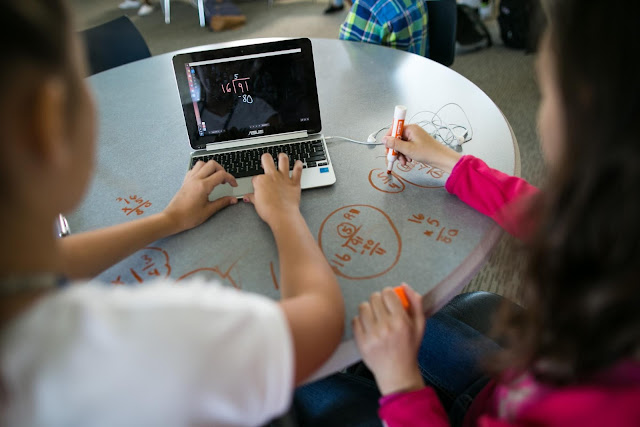 A classroom that nurtures creativity often results in students taking different approaches to interacting with the same curriculum. “There are some students who are happy to express themselves verbally. There are others who prefer to write. There are students who don't like to have their face shown, but they’re more than happy to explain their ideas. With these apps, you can help everyone focus on their strengths,” says Bailey Triplett, Muller Road’s AVID Teacher.

Tom Cranmer, Chief Technology Officer at Richland Two School District confirms, “Students want to work with digital content. They want to create. They want to pull in multimedia resources that they can use to create their world and create their stories. This helps them take ownership of their learning and keep them engaged throughout.” 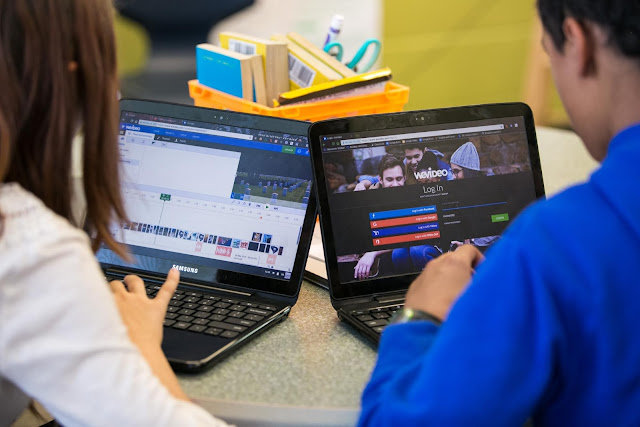 To make these creative apps on Chromebooks more accessible to a wider range of school districts, we worked closely with our Chromebook partners to create a special price when all three apps are purchased as a bundle. They may be purchased alongside Chromebooks or on their own, and they are available as an annual subscription per license from Chromebook resellers in the US.

And we’re just getting started. We look forward to working with teachers and partners to bring even more 21st century tools into the classroom.

To learn more about these apps, visit g.co/educhromebookapps, check out the apps’ websites, or contact your school’s Chromebook reseller. 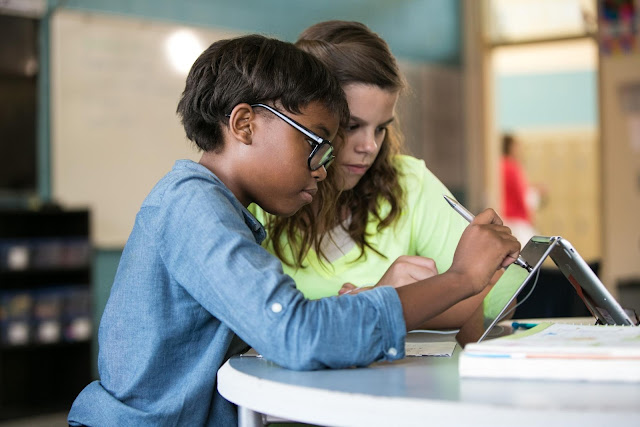