[Cross-posted from the Android Developer blog]

Whether it's a way to track workouts, chart the nighttime stars, or build a new reality and battle for world domination, Google Play gives developers a platform to create engaging apps and games and build successful businesses. Key to that mission is offering users a positive experience while searching for apps and games on Google Play. Today we have two updates to improve the experience for both developers and users.

A global content rating system based on industry standards
Today we’re introducing a new age-based rating system for apps and games on Google Play. We know that people in different countries have different ideas about what content is appropriate for kids, teens and adults, so today’s announcement will help developers better label their apps for the right audience. Consistent with industry best practices, this change will give developers an easy way to communicate familiar and locally relevant content ratings to their users and help improve app discovery and engagement by letting people choose content that is right for them.

Starting now, developers can complete a content rating questionnaire for each of their apps and games to receive objective content ratings. Google Play’s new rating system includes official ratings from the International Age Rating Coalition (IARC) and its participating bodies, including the Entertainment Software Rating Board (ESRB), Pan-European Game Information (PEGI), Australian Classification Board, Unterhaltungssoftware Selbstkontrolle (USK) and Classificação Indicativa (ClassInd). Territories not covered by a specific ratings authority will display an age-based, generic rating. The process is quick, automated and free to developers. In the coming weeks, consumers worldwide will begin to see these new ratings in their local markets. 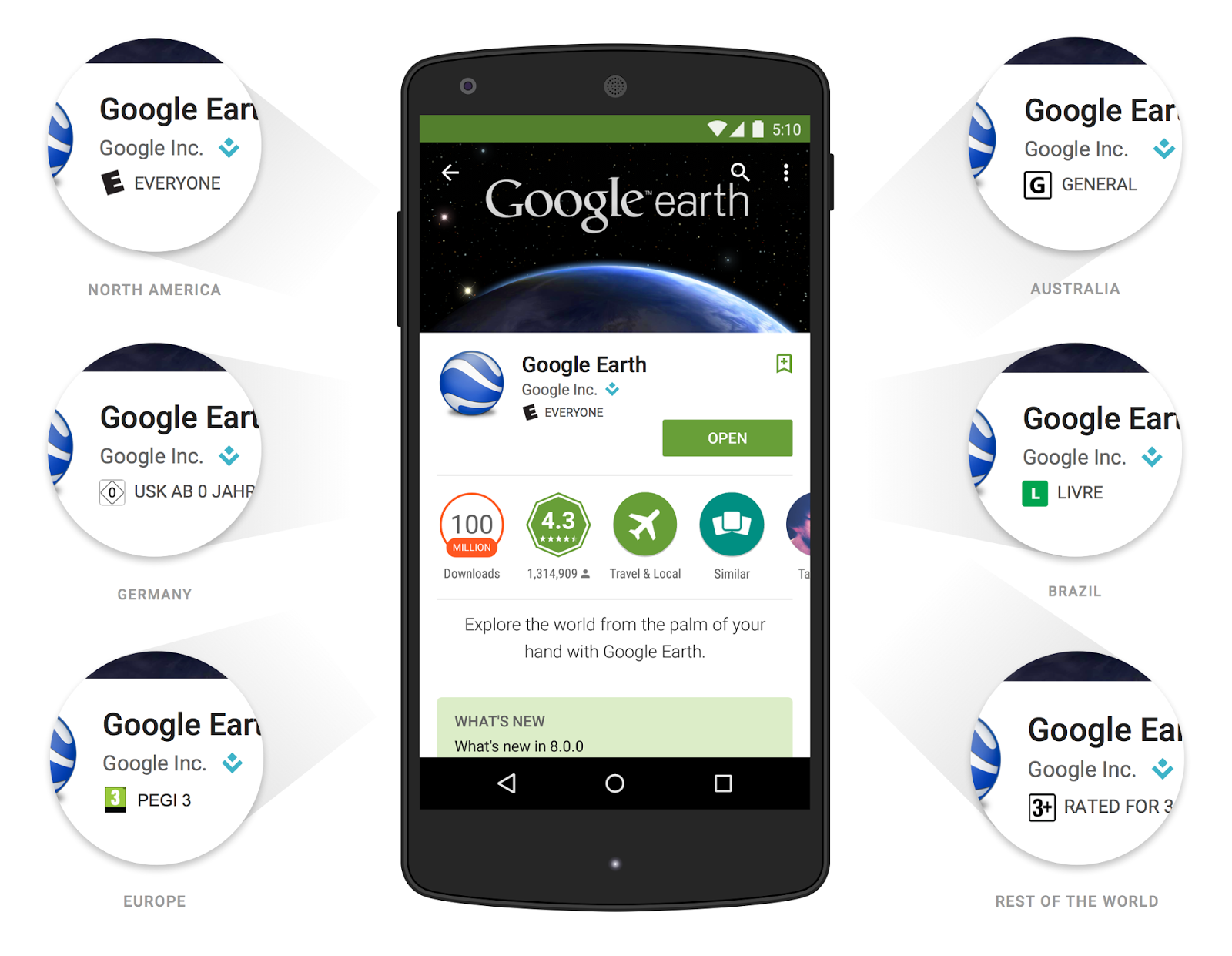 An app review process that better protects users
Several months ago, we began reviewing apps before they are published on Google Play to better protect the community and improve the app catalog. This new process involves a team of experts who are responsible for identifying violations of our developer policies earlier in the app lifecycle. We value the rapid innovation and iteration that is unique to Google Play, and will continue to help developers get their products to market within a matter of hours after submission, rather than days or weeks. In fact, there has been no noticeable change for developers during the rollout.

To assist in this effort and provide more transparency to developers, we’ve also rolled out improvements to the way we handle publishing status. Developers now have more insight into why apps are rejected or suspended, and they can easily fix and resubmit their apps for minor policy violations.

Over the past year, we’ve paid more than $7 billion to developers and are excited to see the ecosystem grow and innovate. We’ll continue to build tools and services that foster this growth and help the developer community build successful businesses.