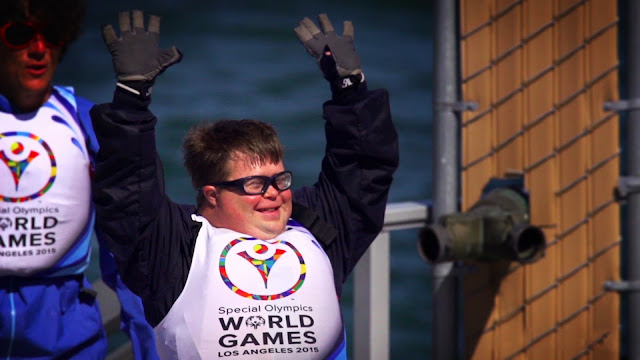 When athletes from around the world come together, some of them compete for the glory of winning. When the 6,500 athletes from across the globe competed at the 2015 Special Olympics World Games, they were playing for so much more -- acceptance and inclusion of people with intellectual disabilities.

In order to bring together thousands of athletes, tens of thousands of volunteers, half a million spectators, and tens of millions of dollars in donations, the World Games Organizing Committee had a herculean task ahead of them. They needed technology that could keep up with their ambitious goals.
Growing an audience for the World Games was paramount. With Google Ad Grants to run an AdWords campaign and Google Analytics to track behavior on their site, they were able to get their message in front of millions of people. Instead of flying around the world to train their many volunteers, they relied on Google Hangouts to efficiently and cost-effectively spread their knowledge. Twenty-five different sporting events means a lot of things to keep track of. They used Google Sheets to ensured everyone stayed on the same page and Google Sites to publicize the transportation schedule.

As Patrick McClenahan, President & CEO of the 2015 Special Olympics World Games says, “When people are educated, inspired and engaged, hearts and minds are changed.” Carrying their message further means a more inclusive world for us all.

Watch members of the World Games explain how they used Google tools here.
Posted by Paige Birnbaum, Google for Nonprofits