On June 17, we took our Code the Road bus to Sesame Workshop in New York City for a visit with Elmo, Abby, and Alan from Sesame Street. We partnered with Sesame Street to host a group of very excited children to start the journey to learning about geo-literacy. Two of our favorite Muppets, Elmo and Abby, went on a make-believe trip across town with their friend Alan while encouraging kids to explore. 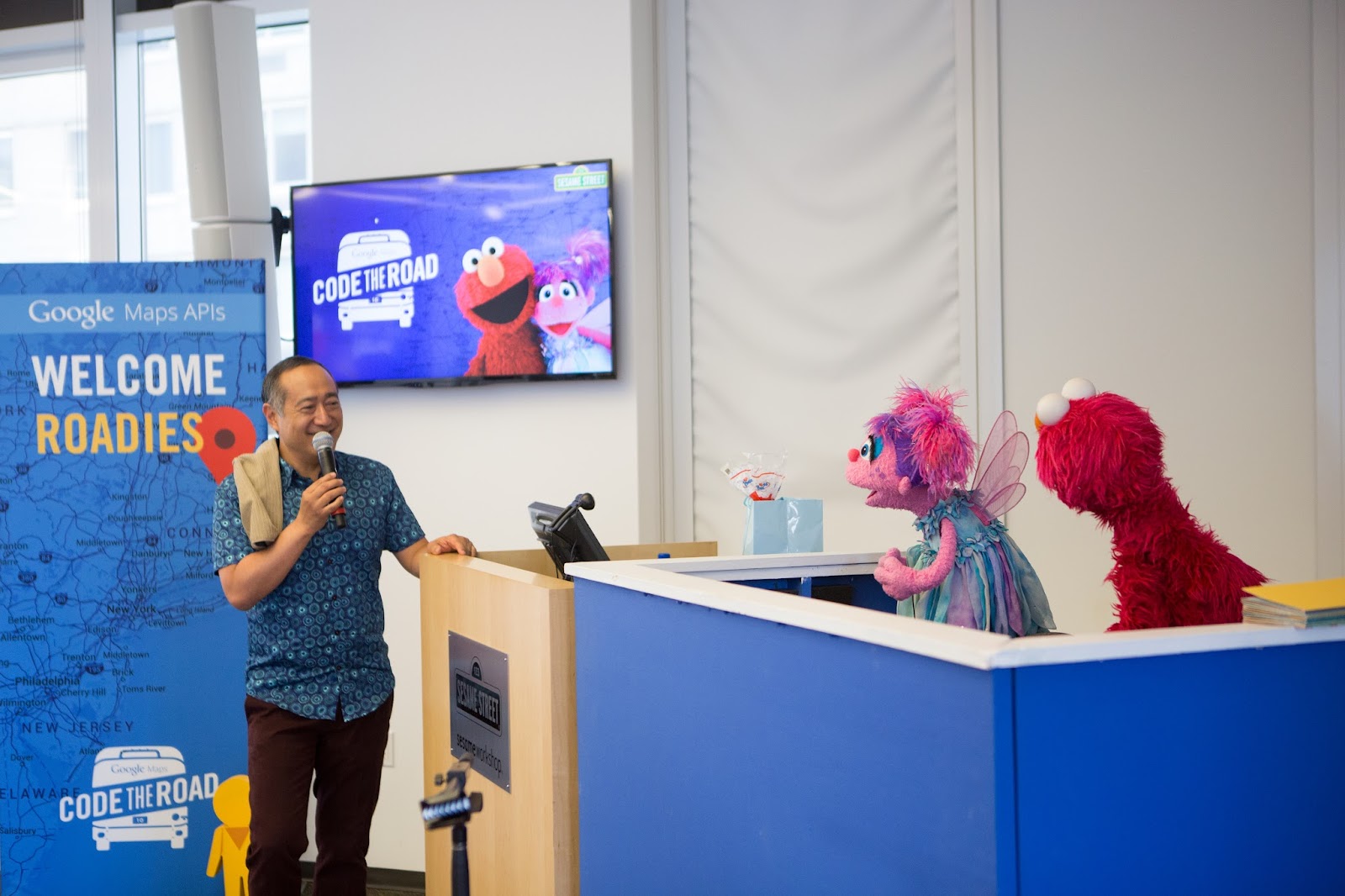 The morning started with a greeting from Scott Chambers, Senior Vice President, North America Media and Licensing Sesame Workshop who welcomed everyone to Sesame Street. Before Elmo, Abby, and Alan came out to play, Ankur Kotwal, Google Maps Developer Advocate, told the children about his journey all the way from Sydney, Australia to New York, New York to visit with Sesame Street. He also taught basic understanding of 10 steps being further than 5 steps away so we covered the basics of near and far. Our over-sized map puzzle was a hit! Children love maps almost as much as they love Sesame Street. 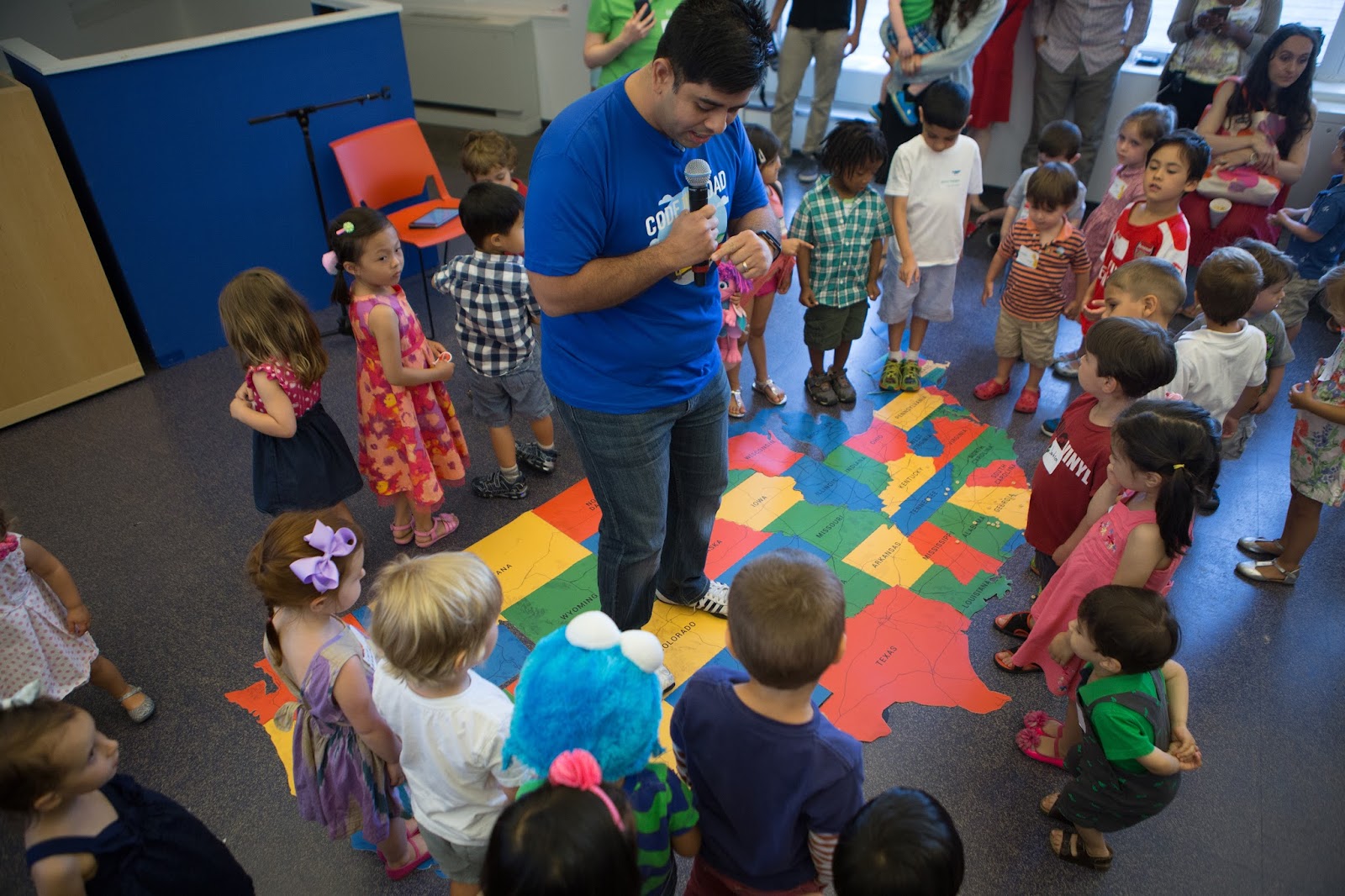 We had a surprise visit from Elmo and Abby along with Alan who played the game Go!Go!Go! with the children. They chatted about exploring their neighborhood and how to get to the library, grocery store, and more in planes, trains, and automobiles. The kids really enjoyed singing songs and dancing with Elmo and Abby. There is something lasting and fun about learning something new through a song. 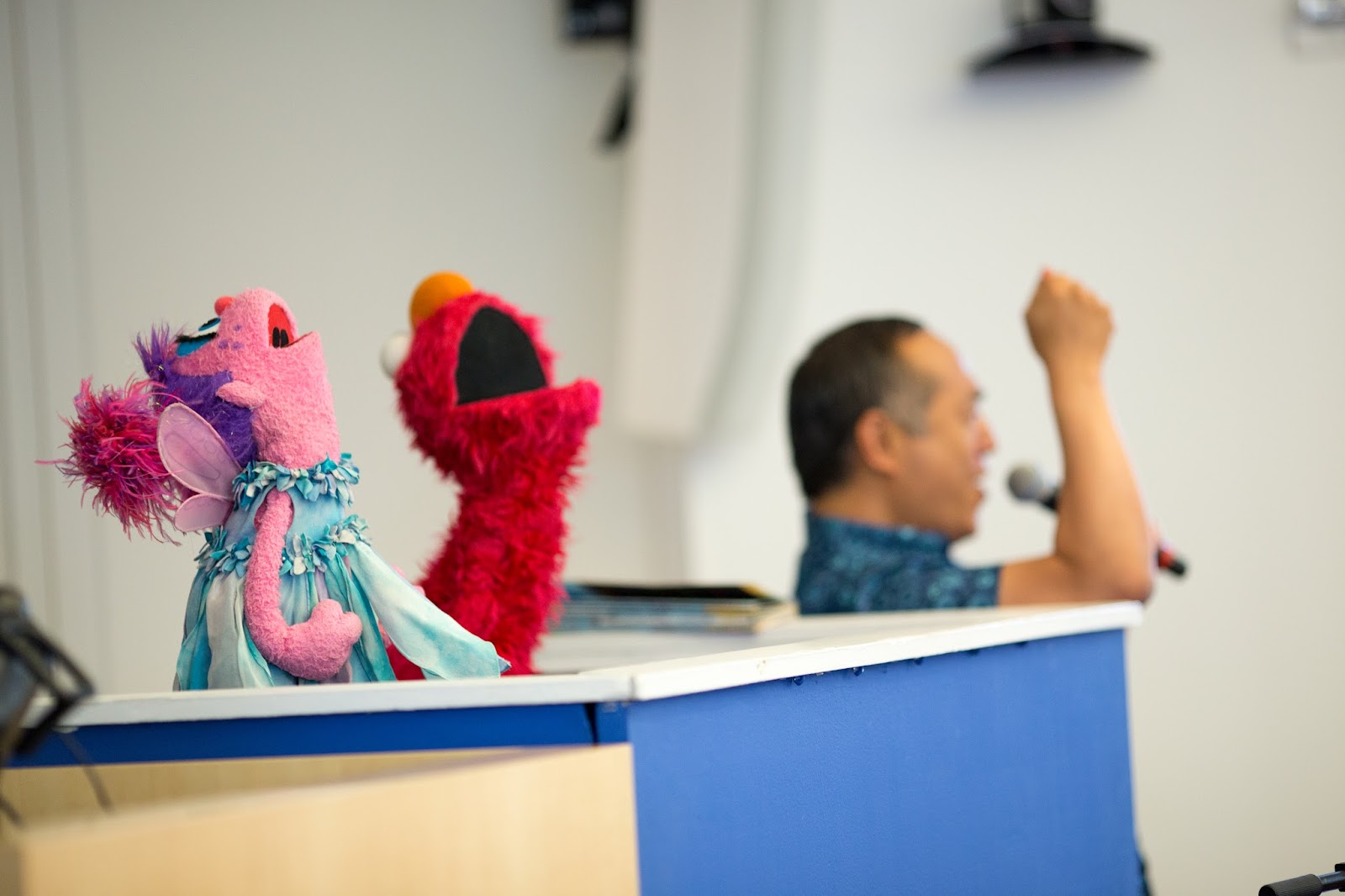 While at Sesame Street the children were treated to Sesame Street coloring pages, took pictures with Cookie Monster and Elmo walkarounds, and even hung out in Oscar’s favorite place, his trash can. 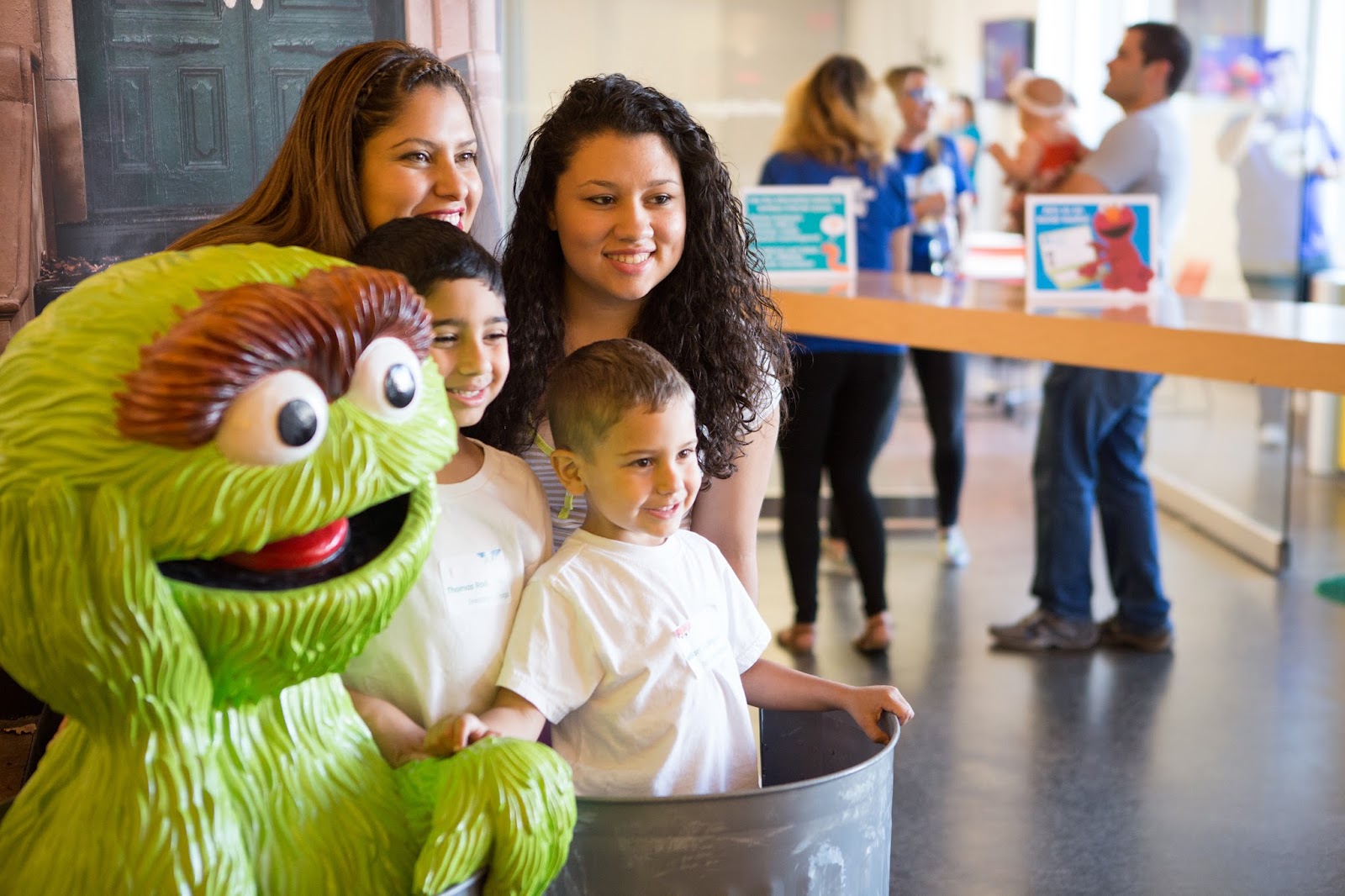 We were happy to be able to meet kids from all over the New York area. We had each child drop a pin where they lived on the map. Alexandra even traveled by train all the way from Bayside to see Abby and to learn about maps. We were amazed by how even the youngest of kids could find his or her neighborhood on a map. At the end of the day our map had over 150 pins from all over the New York metro area. 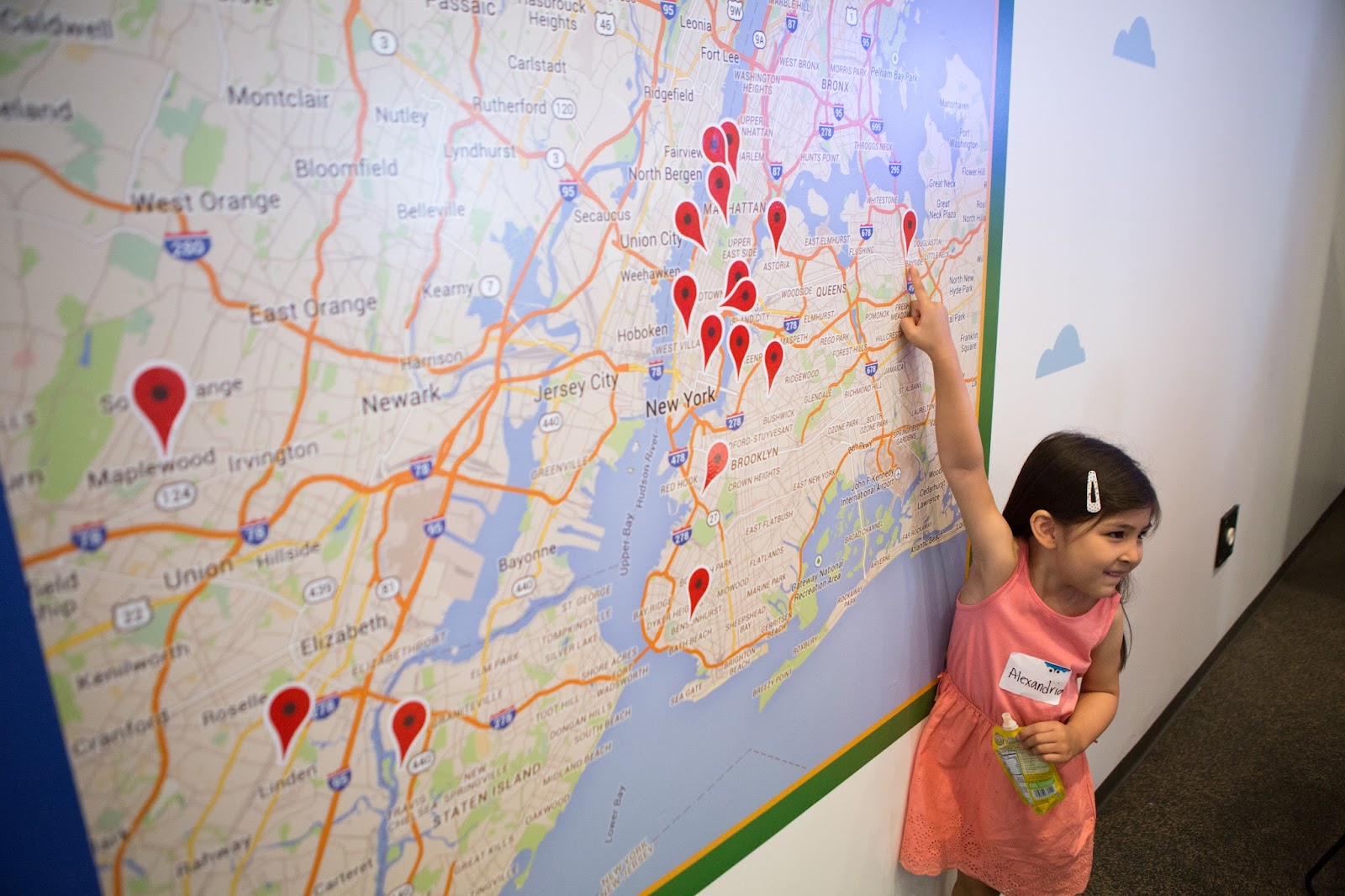 With ten years of Google Maps comes ten years of exploration. Today, anyone can sit down with their iPad, phones, and computers and explore all over the world using Google Maps. A love for exploration and maps can be discovered at an early age and we were so happy to celebrate our 10th birthday with 3 to 5 year olds with an excitement for exploring. It is never too early to introduce the basics of exploration and maps to encourage geo-literacy. 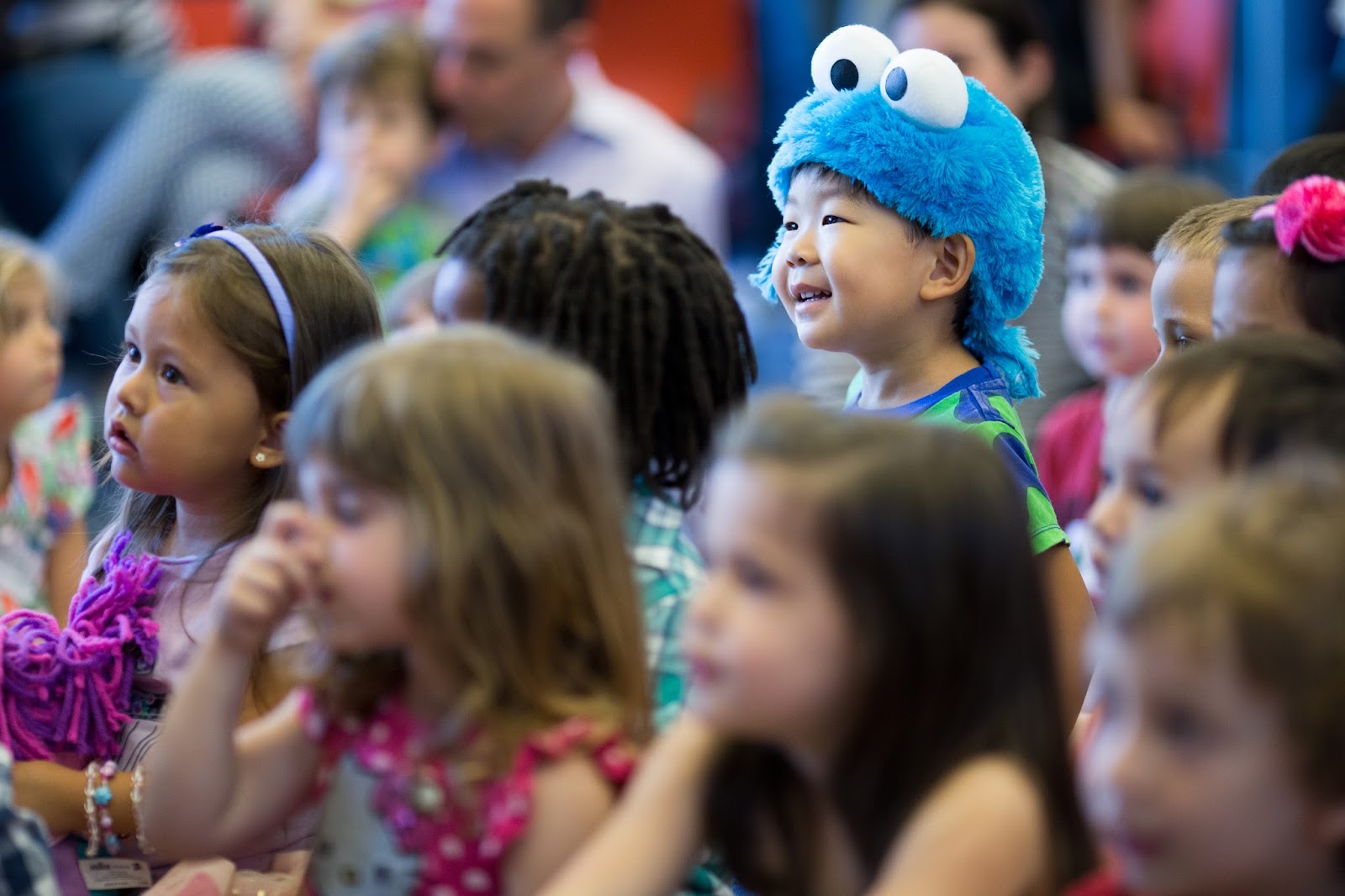