Calling all Francophiles! What do you love about France? The wine? The cheese? The art & culture? Us too! But did you also know that France boasts more than 1.6 million nonprofits and 3,899 foundations? That’s why we’re excited to collaborate with TechSoup Global to bring Google for Nonprofits to France.

Eligible nonprofit associations and foundations can now apply to join the program, which provides access to a suite of free products and tools, including:

Many nonprofits in France are already taking advantage of these programs to recruit new volunteers, fundraise and raise awareness about their work. Google Ad Grants, for example, is one great way to drive more traffic to your site through AdWords. 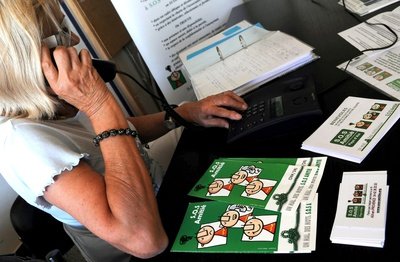 S.O.S Amitié is an anonymous listening service for those who suffer from loneliness, unhappiness or depression and who may be tempted to take their own lives. Volunteers are listening on the phone and the internet 24 hours a day, 7 days a week.  The organization is comprised of 1600 listeners who respond to 700,000 calls per year in France (that’s a call every 40 seconds).  Through Google Grants, S.O.S Amitié is able to gain better visibility on the web, attributing approximately 80% of their site traffic to Google Ad Grants Campaigns -- nearly 7,000 visits per month. S.O.S. Amité also has increased web applications for volunteers from 18 percent in 2009 to 46 percent in 2013. In addition, the organization has seen an increase in donations thanks to an ad campaign launched through Google Ad Grants.

"This greater visibility on the web, the ability to easily adapt our messages to reach our goals, is a great help to fulfill our mission," said Maxime Bonin, S.O.S Amitié President.

We’re impressed already by how nonprofits in France are raising awareness for their organizations using technology. Using the momentum that has been established by organizations such as S.O.S Amitié, we can’t wait to continue partnering with organizations in France starting with today’s launch.
Visit Google for Nonprofits to learn more about the tools and join the program.