In 2019, Google partnered with Binomial to open source the Basis Universal texture codec with the goal to make high-quality textures more efficient for network transmission and graphics processing unit (GPU) memory usage. The Basis Universal texture format is 6-8 times smaller than JPEG on the GPU, yet has similar storage size as JPEG—making it a great alternative to current GPU compression methods that are inefficient and don’t operate cross platform. The format is intended for a variety of use cases: games, virtual and augmented reality, maps, photos, small videos, and more. 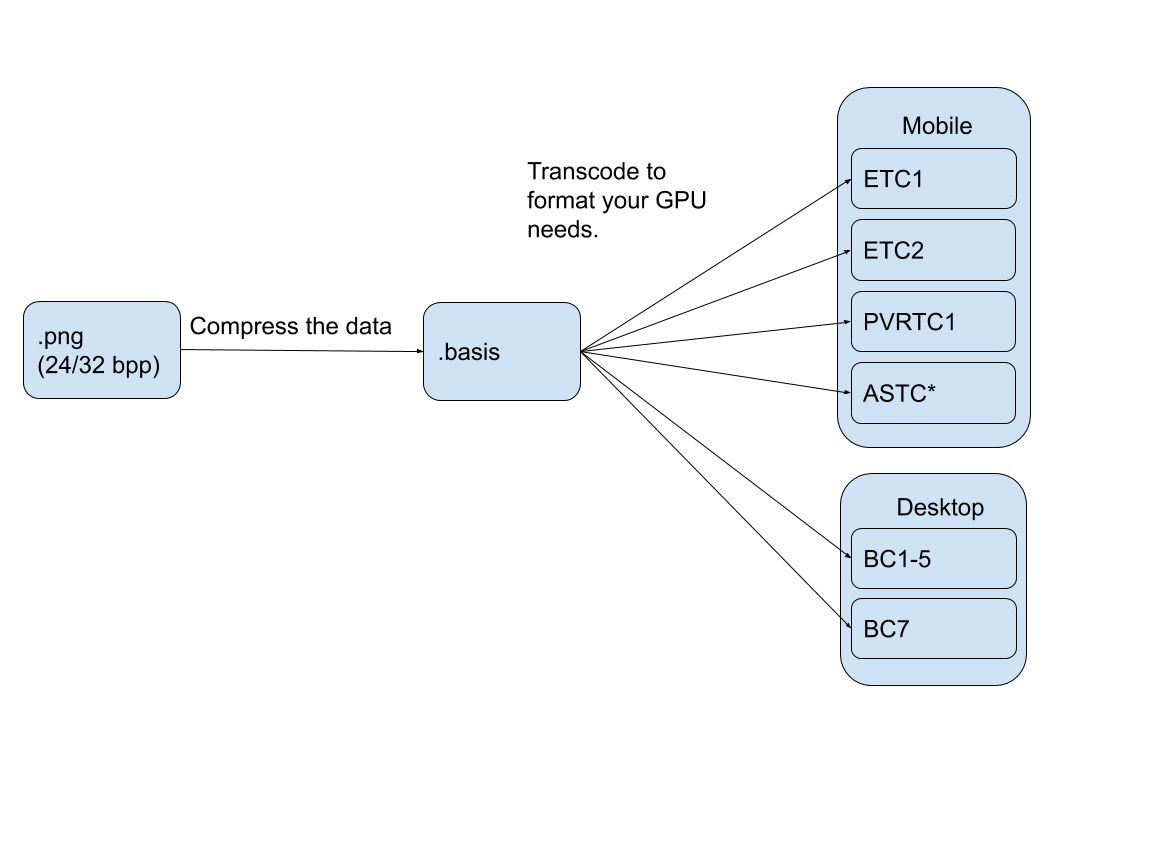 Over the past year, several exciting developments have been made to make Basis Universal more useful. A new high-quality mode was introduced, allowing the codec to use the highest quality formats modern GPUs support, finally bringing the web up to modern GPU texture standards—with cross platform support. Additionally, the Basis encoder now has an option to build a WebAssembly version, allowing for innovative web applications to take advantage of outputting to the super-compressed format. Lastly, the Khronos Group has announced and ratified the Basis Universal texture extension to glTF format, allowing for compressed assets that can be shipped and displayed everywhere in a KTX 2.0 container. This will have profound impacts on how models are distributed via the web and advance applications like eCommerce, making it easy to take advantage of 3D content on any platform.

In addition to these new features, developers worldwide have been making it easier to take advantage of Basis Universal. <model-viewer> has just added support for glTF files with universal textures, making it as easy as two lines of JavaScript to have beautiful, interactive 3D models on your page and in the coming months, the <model-viewer> editor will add support for encoding to universal textures. Additionally, 3D engines like Three.js, Babylon.js, Godot, Archilogic, and Playcanvas have added support for Basis Universal, with more engine support coming. Basis Universal is already in applications many use every day.

We look forward to seeing Basis Universal adoption soar as it has never been easier to distribute 3D assets. Check out the code and demo on GitHub, let us know what you think, and how you plan to use it!
By Stephanie Hurlburt, Binomial and Jamieson Brettle, Chrome Media