With the recent release of ASP.NET Core, the .NET community has a cross-platform, open-source option that allows you to run Docker containers on Google App Engine and manage containerized ASP.NET Core apps with Kubernetes. In addition, we announced beta support for ASP.NET Core on App Engine flexible environment last week at Google Cloud Next. In this post, you’ll learn more about that as well as about support for Container Engine and how we integrate this support into Visual Studio and into Stackdriver!

Support for ASP.NET Core on App Engine means that you can publish your ASP.NET Core app to App Engine (running on Linux inside a Docker container). To do so, you’ll need an app.yaml  that looks like this:


Use the “runtime” setting of “aspnetcore” to get a Google-maintained and supported ASP.NET Core base Docker image. The new ASP.NET Core runtime also provides Stackdriver Logging for any messages that are routed to standard error or standard output. You can use this runtime to deploy your ASP.NET Core apps to App Engine or to Google Container Engine.

Assuming you have your app.yaml file at the root of your project, you can publish to App Engine flexible environment with the following commands:


In fact, you don’t even need that last command to publish that app — it just shows it once it’s been published.

To publish this same app to Container Engine, you need a Kubernetes cluster and the corresponding credentials cached on your local machine:


To deploy your ASP.NET Core app to your cluster, you must first package it in a Docker container. You can do that with Google Cloud Container Builder, a service that builds container images in the cloud without having to have Docker installed. Instead, create a new file in the root of your project called cloudbuild.yaml with the following content:


This file takes advantage of the same ASP.NET Core runtime that we used for App Engine. Replace each

Once this is finished, you'll have an image called gcr.io/<projectid>/app:latest that you can deploy to Container Engine with the following commands:


Replace <MYSERVICE> with the desired name for your service and these two commands will deploy the image to Container Engine, ensure that there are two running replicas of your service and expose an internet-facing service that load-balances requests between replicas. The final command provides the external IP address of your newly deployed ASP.NET Core service so that you can see it in action. 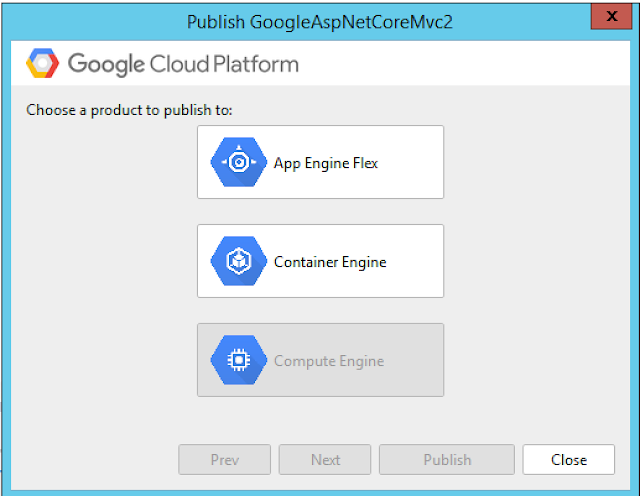 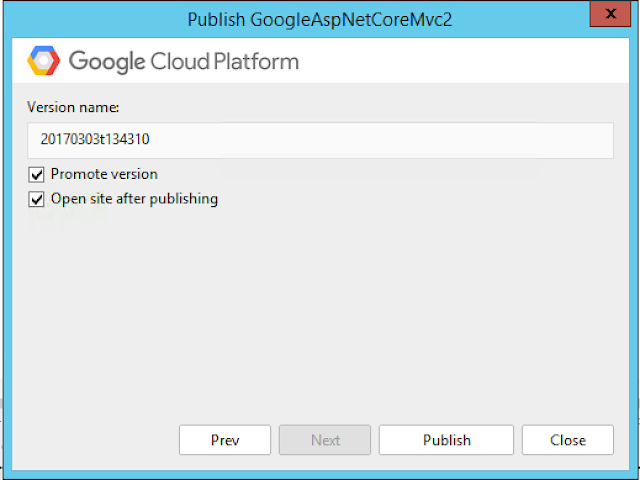 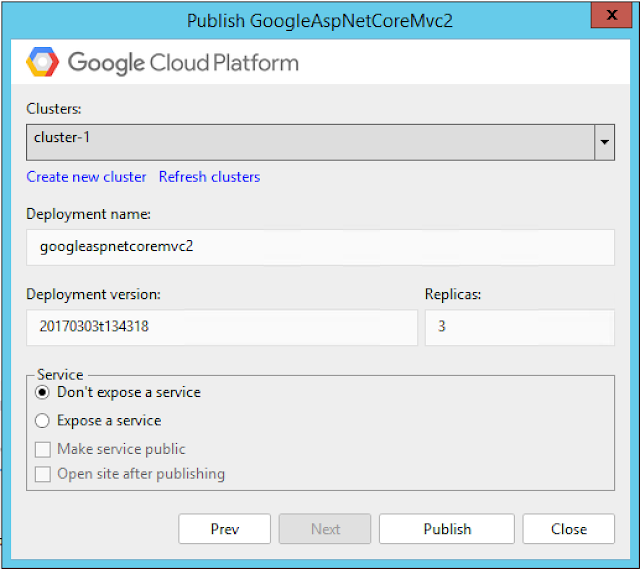 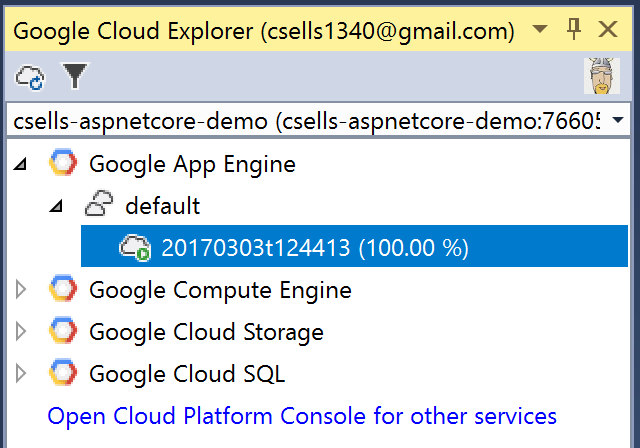 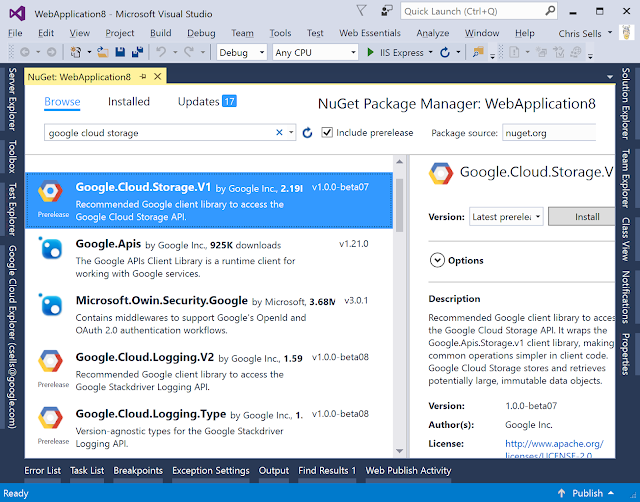 To see your log entries, go to the Stackdriver Logging page. If you want to track unhandled exceptions from your ASP.NET Core app so that they show up in Stackdriver Error Reporting, you can do that too:

To see unhandled exceptions, go to Stackdriver Error Reporting. Finally, if you want to trace the performance of incoming HTTP requests to ASP.NET Core, you can set that up like so:

Stackdriver integration into ASP.NET Core lets you use Logging, Error Reporting and Trace to monitor how well your app is doing in production quickly and easily. For more details, check out the documentation for Google.Cloud.Diagnostics.AspNetCore.

As containers become more central to app packaging and deployment, the GCP ASP.NET Core runtime lets you bring your ASP.NET skills, processes and assets to GCP. You get a Google-supported and maintained runtime and unstructured logging out of the box, as well as easy integration into Stackdriver Logging, Error Reporting and Trace. Further, you get all of the Google APIs in NuGet that support ASP.NET Core apps. And finally, you can choose between automated deployment processes from the command line, or interactive deployment and resource management from inside of Visual Studio.

Combine that with Google’s deep expertise in containers exposed via App Engine flexible environment and Google Container Engine (our hosted Kubernetes offering), and you get a great place to run your ASP.NET Core apps and services.