This is the 2nd post of our 5-part blog series providing monetization tips straight from successful app developers. If you’re exploring the question, “what’s the best way to monetize my app?”, also check out AdMob’s free No-nonsense Guide to App Monetization. 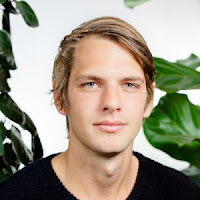 This week, we meet with Sebastiaan Moeys, co-founder of Poki, a cross-platform game publisher. They develop and publish web and app games for kids of all ages, reaching 30 million monthly active users. Originally Poki, operated exclusively on the web, but with the rise of mobile they’ve recently released their first app called Zoi. Zoi has over 500,000 downloads and a 4.4 rating across the app stores. Check out these tips from Sebastiaan.

1. Start simply when first approaching in-app analytics
Sebastiaan’s team is sophisticated with their in-app analytics platform and use this data to drive all of their decision making.
For context, Poki continually monitors three things. First, they measure a custom metric called ‘Pure Game Time’. This metric tracks how much time a player spends in-app excluding everything that isn’t actually game time (i.e. subtracting time the users engage with ads or time waiting for the game to load). Second, they monitor 1st, 3rd and 7th day retention rates, benchmarking their game’s performance with top performers in the market. And lastly, they measure drop-off rate.
Sebastiaan clearly advocates for building out a robust analytics setup over time, but he believes it's important to start off simply:
“You should start simple. In-app analytics can be extensive and you can’t figure out everything in one night. The key is to take small steps, make sure you really understand all the metrics you’re looking at and iterate. It’s a mindset.”
Consider choosing a single, meaningful metric to start, potentially drop-off rate. Then, begin to get in the routine of using that data to improve your app’s quality.

2. Test your assumptions cheaply and quickly before investing in major developments
Globally, game players have embraced multi-screen options, simultaneously playing on lots of different platforms. For Poki, this meant transitioning their web-based development company to include mobile development. Although exciting, the new challenge brought a new problem.
Now every time they wanted to launch a new game, it would require a larger team and more money upfront. Every project became a bigger gamble.
To solve this, Poki uses a clever approach that has worked really well for them. Instead of launching on every platform, all at once, they use the web to launch softly, test and iterate. Once they feel comfortable with the new release, then they develop for mobile. The insights they learn from web helps them test a lot of decisions that need to be made for the business.
“By developing games in a smart, iterative way, we not only had the time to ensure that players loved it, we were able to channel the momentum and insights into further growing our user base. With our web learnings, we’re able to perfect game play, quickly A/B test the best places to show ads in our app version, learn what global regions we should localize our app for, and even ask our existing users to help spread the word about the future app launch.”
The process has worked so well with Zoi, that they’ve already begun to scale. The company now has 3 new games in development, and is collecting data to help improve their chances of being a success on mobile. Sebastiaan thinks that the approach of testing quickly and cheaply before launching is something that other game developers can replicate as well. He explains, “for new game developers, try to test your assumptions as early as possible – test your prototype quickly, get your game design and monetization right, and then release your app.”
Google Ventures, Google’s investment firm, also believes in testing ideas before spending on development. To help more companies do this, they’ve created an approach called a Design Sprint, “a five-day process for answering critical business questions through design, prototyping, and testing ideas with customers.” Learn more about Google Venture’s approach to inexpensive prototyping here.

3. Look outside your home country for opportunities
Sebastiaan started what is now Poki when he was still in high school in Holland. A popular trend he loved was web-based games. All of his friends played them and he knew it was popular all over the country. When on a family vacation in France, he was amazed to find out that the trend hadn’t become popular there yet. Once he got home, he coded up a site and translated everything into French using his parent’s dictionary. The rest is history. Now Poki has 29 dedicated translators, helping the team bring more games to more regions of the world.
Sebastiaan uses the same principle to find the best markets to promote new games in. Additionally, he loves using AdMob to monetize internationally, because it’s easy and quick to get started. His advice for developers looking to go global:
“Work with Google to begin with, and keep your ad implementation simple. Once you start growing in a certain market, look for partners that have local expertise in that market, and use Google’s tools to run localized ads in concurrence with ad demand in the Google network. We have taken this approach in many markets, and the payoff was great for us.”
If you found these tips helpful, don’t forget to check out The No-nonsense Guide to App Monetization. Also, stay connected on all things AdMob by following our Twitter and Google+ pages and don’t forget to check out Poki on Twitter.