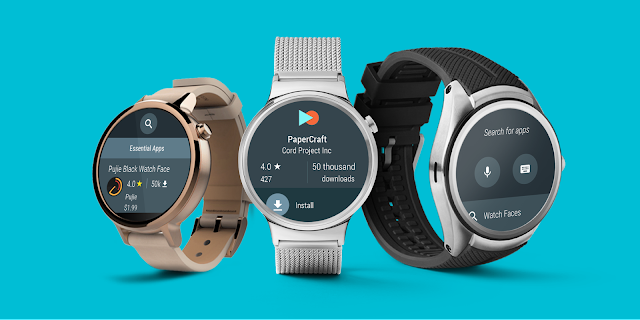 Today we’re launching the third developer preview of Android Wear 2.0 with a big new addition: Google Play on Android Wear. The Play Store app makes it easy for users to find and install apps directly on the watch, helping developers like you reach more users.

With Play Store for Android Wear, users can browse recommended apps in the home view and search for apps using voice, keyboard, handwriting, and recommended queries, so they can find apps more easily. Users can switch between multiple accounts, be part of alpha and beta tests, and update or uninstall apps in the “My apps” view on their watch, so they can manage apps more easily. Perhaps the coolest feature: If users want an app on their watch but not on their phone, they can install only the watch app. In fact, in Android Wear 2.0, phone apps are no longer necessary. You can now build and publish watch-only apps for users to discover on Google Play.

To make your apps available on Play Store for Android Wear, just follow these steps. You’ll need to make sure your Android Wear 2.0 apps set minSdkVersion to 24 or higher, use the runtime permissions model, and are uploaded via multi-APK using the Play Developer Console. If your app supports Android Wear 1.0, the developer guide also covers the use of product flavors in Gradle.

To set up Developer Preview 3, you’ll need to install a beta version of the Android Wear app on your phone, flash your watch to the latest preview release, and use the phone app to add a Google Account to your watch. These steps are detailed in Download and Test with a Device. If you don’t have a watch to test on, you can use the emulator as well.

Other additions in Developer Preview 3