Starting today, the Google app has a new familiar voice. You’ll hear Google reply to you in an Australian accent when you ask questions of the Google app and also when you’re getting turn-by-turn directions in Google Maps.
To test it out, we put the new voice to the test on some tricky Aussie place names.
Have a listen:

People are starting to talk their mobile devices more regularly—in fact, mobile voice searches have more than doubled in the past year alone. So, we wanted to make sure that Aussies were hearing an Australian voice speak back to them when they were asking questions during pub trivia or simply setting an alarm for tomorrow morning.

Pulling together the new Aussie voice relied on a team of talented Australian linguists who helped create structural models of Australian pronunciation and intonation. And as you can hear above, this was particularly important to pronounce all those wonderful and complex Aussie place names out there—like Mullumbimby, Bouinderra, Maloolooba, Maroochydore, Stockinbingal, and many more. Leading up to the launch, the team checked the pronunciation of tens of thousands of Australian place names!

Now it’s your chance to test out if the voice is fair dinkum. Try:
Or maybe you want to ask a string of questions in a row, starting with “OK Google, who is the Prime Minister of Australia?” 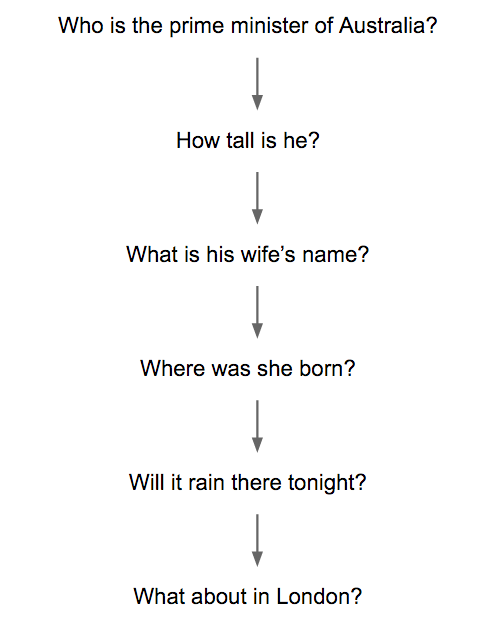 Give it a go today!