The Arctic Eider isn’t just any duck. The feather of this sea-ice dweller is the warmest in the world—a marvel of nature that allows the Eider duck to spend its winters in one of the most remote and frozen habitats on the planet. And now—thanks to Google Maps, the Inuit community of Sanikiluaq and our small environmental charity the Arctic Eider Society—people from around the world can explore this extraordinary and fragile part of Canadian geography that the Arctic Eider calls home. 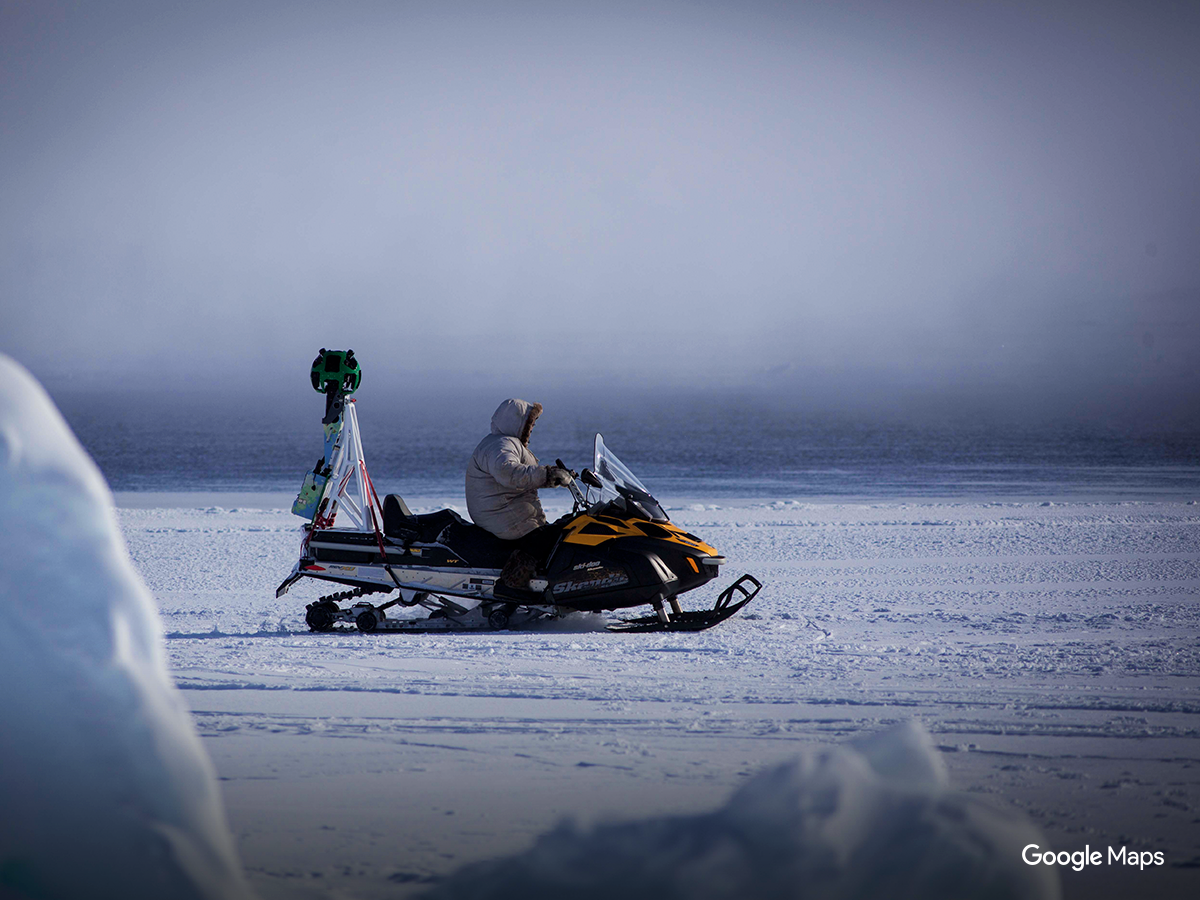 The Trekker collects Street View imagery of a Polynya

Last winter, in -50 degree celsius winds, the Google Maps team traveled to the Belcher Islands in Hudson’s Bay and helped the Arctic Eider Society mount the Trekker on a snowmobile to collect stunning Street View imagery from nearby “polynyas”—bodies of open water that form in the sea ice. The polynyas act as an oasis of sorts, providing a habitat for wildlife like eiders who dive under the ice to feed on shellfish and sea urchins.

You’ll see from the images that it’s not just ducks up here in the cold. The Inuit of the Belcher Islands have also lived here for centuries. This community, a hamlet of just 850 people, has an important relationship with the eider duck—aside from providing them a traditional source of warmth and food, the bird’s feathers are ingrained in their history, used to create traditional parkas unique to the Inuit of this region. 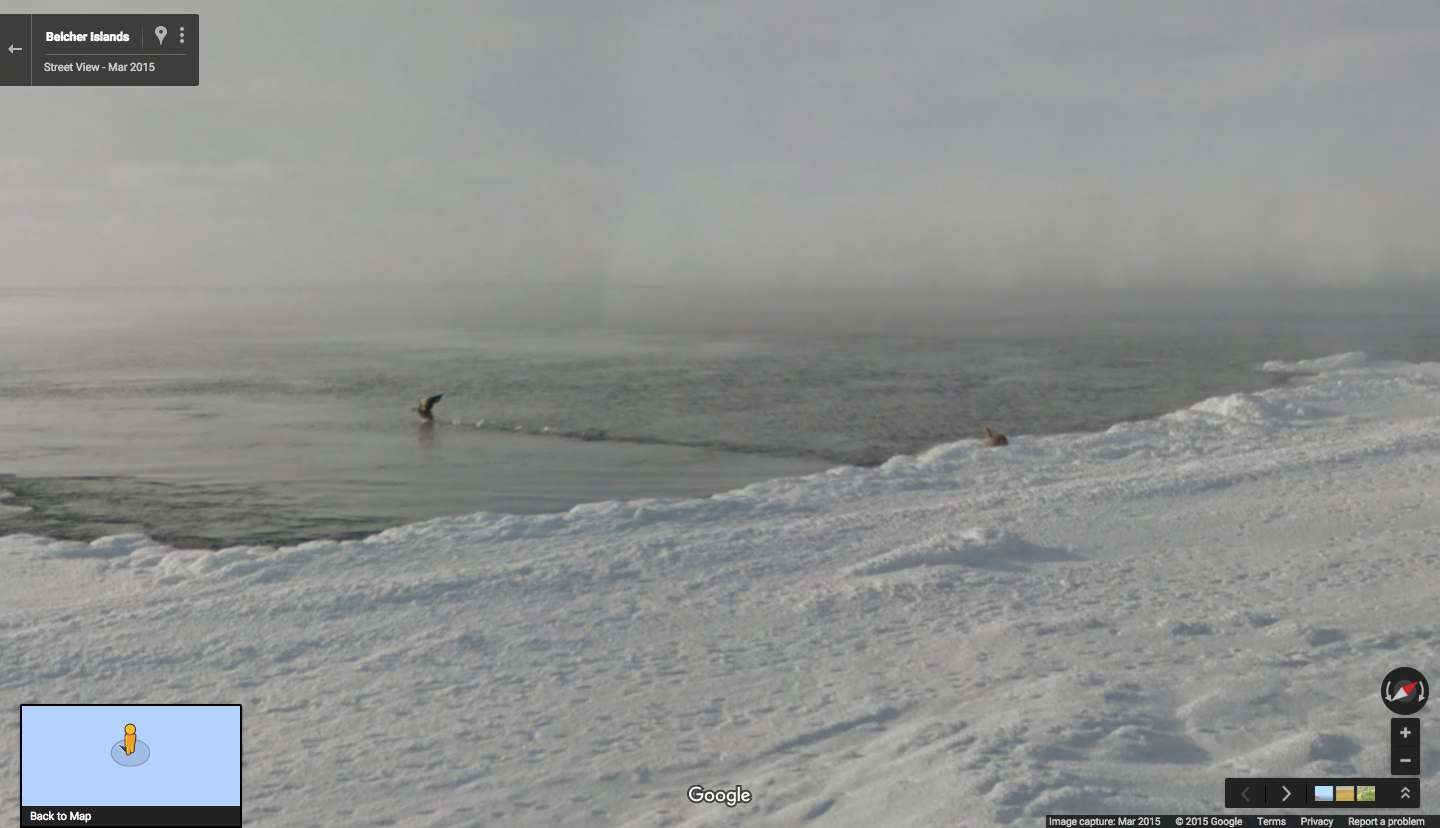 But this is an ecosystem under threat.  The region has suffered from a lack of environmental stewardship, and the sensitive sea-ice—critical to the eiders and Inuit– is suffering as a result of hydroelectric development around Hudson Bay.  Large die-off events of eiders and beluga whales have been occurring as changing ice conditions trap the animals until they starve or run out of air.

Our partnership with Google Maps is helping to support research programs designed to preserve these winter sea ice habitats. We’re combining imagery captured by the Trekker with data and knowledge from the local Inuit and Cree communities and mapping by the Arctic Eider Society to create a platform where we can all track and report on the local wildlife, together. This mix of new and old, combining indigenous knowledge with Google Street View and the Arctic Eider Society’s mapping, may be just what’s needed to address the impacts hydroelectricity heating is having on the bird that produces winter’s warmest feather.

Take a moment to visit Google Maps to better understand this amazing bird and the community who relies on it. Take an icy walk down the streets of Sanikiluaq, climb onto a snowmobile and explore the amazing sea-ice the Arctic Eider calls home. Eider down parka not required.

Posted by Joel Heath, Arctic Eider Society
To learn more about the unique relationship between the community of Sanikiluaq and the Arctic Eider, be sure to watch the critically acclaimed award winning film People of a Feather that started it all.