Each year on June 5, World Environment Day is celebrated by thousands of communities worldwide. It is the single largest celebration of our environment and there’s no better time for Canada to host than on the eve of our 150th birthday.
Being the official host of this global event coupled with plans to ratify the Paris Agreement on Climate Change as soon as possible sends a clear message that Canada is fully behind global action to tackle the biggest environmental challenges of our time. 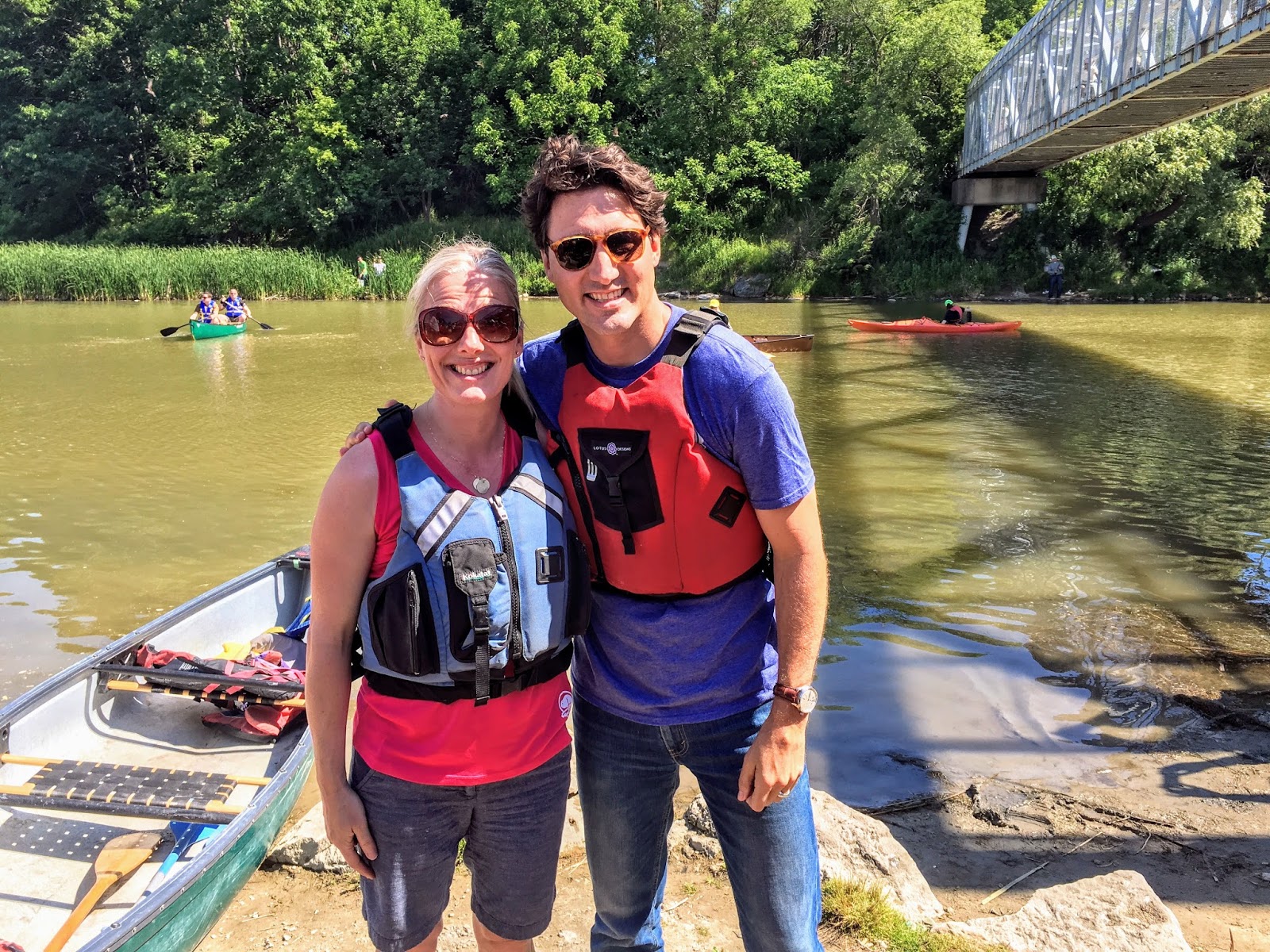 [From L to R: The Honourable Minister of Environment and Climate Change Catherine McKenna and Prime Minister Justin Trudeau]
Canada will use World Environment Day to showcase the beauty of its natural environment on land and water. This year’s theme is 'Connecting People to Nature’ and one of the great ways of doing this is through Street View.

[The Honourable Minister of Environment and Climate Change Catherine McKenna]

I’m happy that Canada, which has been demonstrating an emphatic commitment to environmental issues, will host World Environment Day 2017. As global host, it is an opportunity for Canada to further demonstrate this commitment and expand its leadership on the international stage.
Guest authored by the Honourable Catherine McKenna, Canada’s Minister of Environment and Climate Change

Back in 2005, a handful of Googlers opened a small office in Kitchener - our first foothold in what is now one of the most exciting tech ecosystems in North America.

Today we opened the doors to our brand new space in the beautifully restored Breithaupt Block building in the heart of Kitchener-Waterloo. Over the years we have steadily expanded our investment in the region, and the ranks of Googlers in our Kitchener-Waterloo office have grown rapidly. Our new 185,000 sq feet headquarters will be home to over 350 engineers who work on products used by billions of people around the globe.

We were honoured to have Prime Minister Justin Trudeau join us to officially open the new office. Prime Minister Trudeau was taught how to create a “3D selfie” from a group of K-W’s passionate junior engineers who participate in Codemakers, a partnership between Google Canada and Actua that creates compelling and fun STEM learning modules for kids.

And what would the opening of a Google office be without at least a one-confetti-cannon salute?!

Our Kitchener-Waterloo engineers play a critical role in many of Google’s core tools and products, including GMail, Google Fiber, the Chrome browser and Google Ads. Additionally, the team led a significant portion of the software development for the new OnHub router.

Google engineers based in Kitchener-Waterloo work on products that are used by billions of people around the world.

Over the past decade Google Canada has been an important contributor to the sustained growth of the Kitchener-Waterloo tech community and our investment in the dramatic transformation of the Breithaupt Block reflects our long-term commitment to growth in this region. The University of Waterloo is one of Google’s top schools for recruitment worldwide, and Kitchener-Waterloo is a major source of entrepreneurial computer science talent. Kitchener-Waterloo was recently named one of the 10 cities that will be part of Google’s North America Tech Hub Network, along with Montreal. The network provides financial support and the best of Google’s resources to startup communities that equip and nurture young and developing entrepreneurs..

We took a thoughtful approach to the design of our new office, considering sustainability not only in design but also with products and decor. In fact, we have applied for LEED V4 Gold certification for this office, which would make it the first building in Canada to receive LEED V4 status. Our design team has also incorporated features to promote both environmentally friendly and healthy choices, such as a bike locker to encourage Googlers to ride to work, a group fitness space and a rock climbing wall. And of course we’ve also included the fun stuff that everyone has come to expect from Google offices, including a meditation room, a Maker’s Lab, a games room and a Ping Pong table.

Our team has some of the brightest minds in Canadian science and technology working on a whole host of exciting projects here in Kitchener-Waterloo. We can’t wait to show you what we’re going to do next!
Steven Woods, Senior Engineering Director, Google Canada