Cross-platform mobile development today is full of compromise. Developers are forced to choose between either building the same app multiple times for multiple operating systems, or to accept a lowest common denominator solution that trades native speed and accuracy for portability. With Flutter, we believe we have a solution that gives you the best of both worlds: hardware-accelerated graphics and UI, powered by native ARM code, targeting both popular mobile operating systems.

Flutter doesn't replace the traditional Apple and Android app models for building mobile apps; instead, it's an app engine that you can either embed into an existing app or use for an entirely new app.

We think of the characteristics of Flutter along four dimensions:

Put this all together, combine it with best-in-class tooling for Visual Studio Code, Android Studio, IntelliJ or the programmer's editor of your choice, and you have Flutter -- a development environment for building beautiful native experiences for iOS or Android from a single codebase. 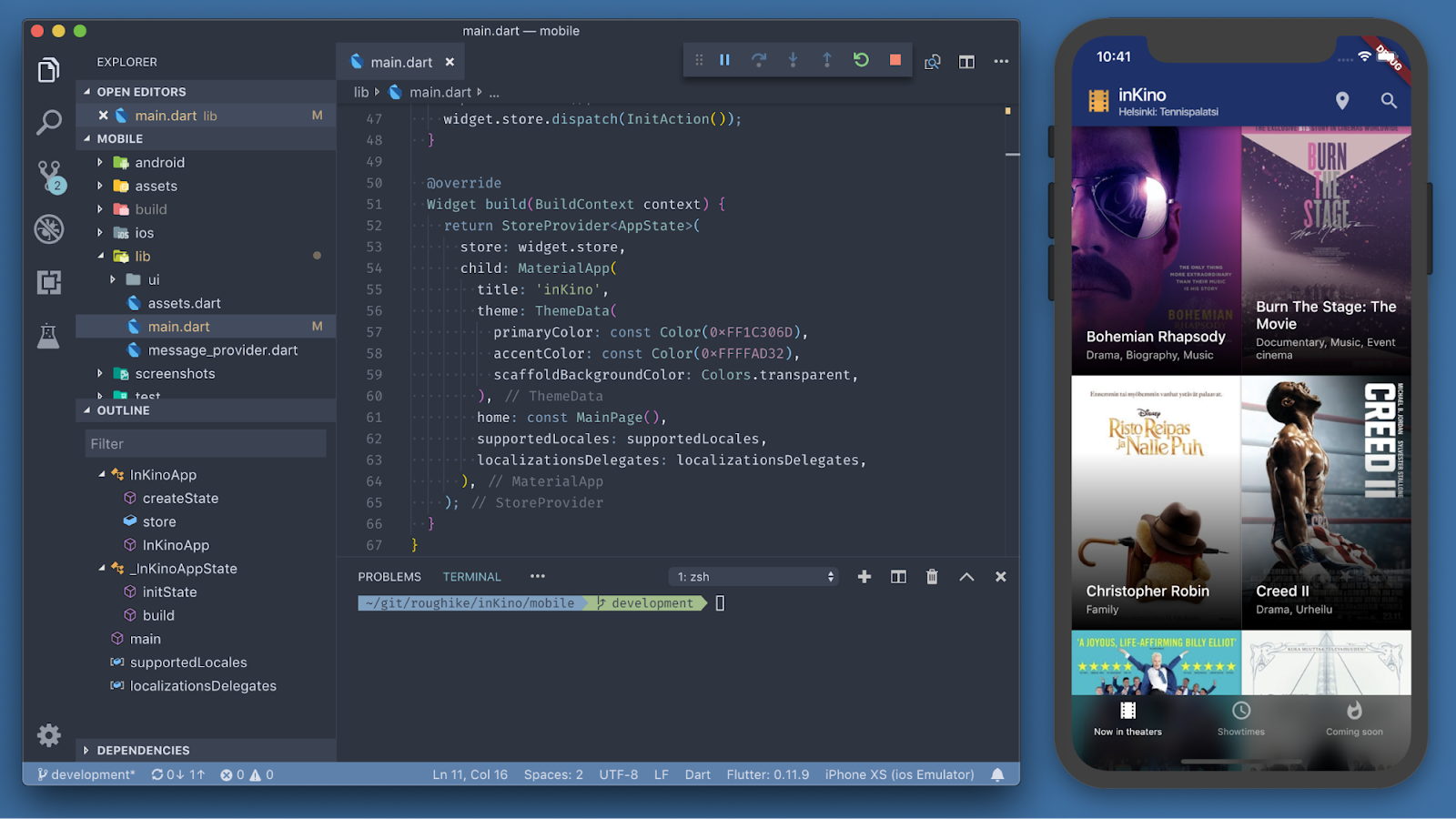 We announced the first beta of Flutter at Mobile World Congress ten months ago, and we've been excited to see how quickly it has been adopted by the broader community, as evidenced by the thousands of Flutter apps that are already published to the Apple and Google Play stores even before our 1.0 release. It's clear that developers are ready for a new approach to UI development.

Internally, Flutter is being used at Google for a wide array of products, with Google Ads already having switched to Flutter for their iOS and Android app. And even before 1.0, a wide range of global customers including Abbey Road Studios, Alibaba, Capital One, Groupon, Hamilton, JD.com, Philips Hue, Reflectly, and Tencent are developing or shipping apps with Flutter.

Michael Jones, Senior Director of Engineering from the Capital One team, says the following about their experiences with Flutter:

"We are excited by Flutter's unique take on high-performing cross-platform development. Our engineers have appreciated the rapid development promise and hot reload capabilities, and over the past year we have seen tremendous progress in the framework and especially the native integration story.

"Flutter can allow Capital One to think of features not in an 'iOS or Android-first' fashion, but rather in a true mobile-first model. We are excited to see Flutter 1.0 and continue to be impressed with the pace of advancement and the excitement in the engineering community."

At the Flutter Live event today, the popular payment service Square announced two new Flutter SDKs that make it easy to accept payments for goods and services with Flutter, whether in-person using a Square payment reader or by taking payments inside a mobile app. Square demonstrated an example of using their payments SDK using an app from Collins Family Orchards, a family farm that grows and sells fruit in farmers markets around the Pacific Northwest. 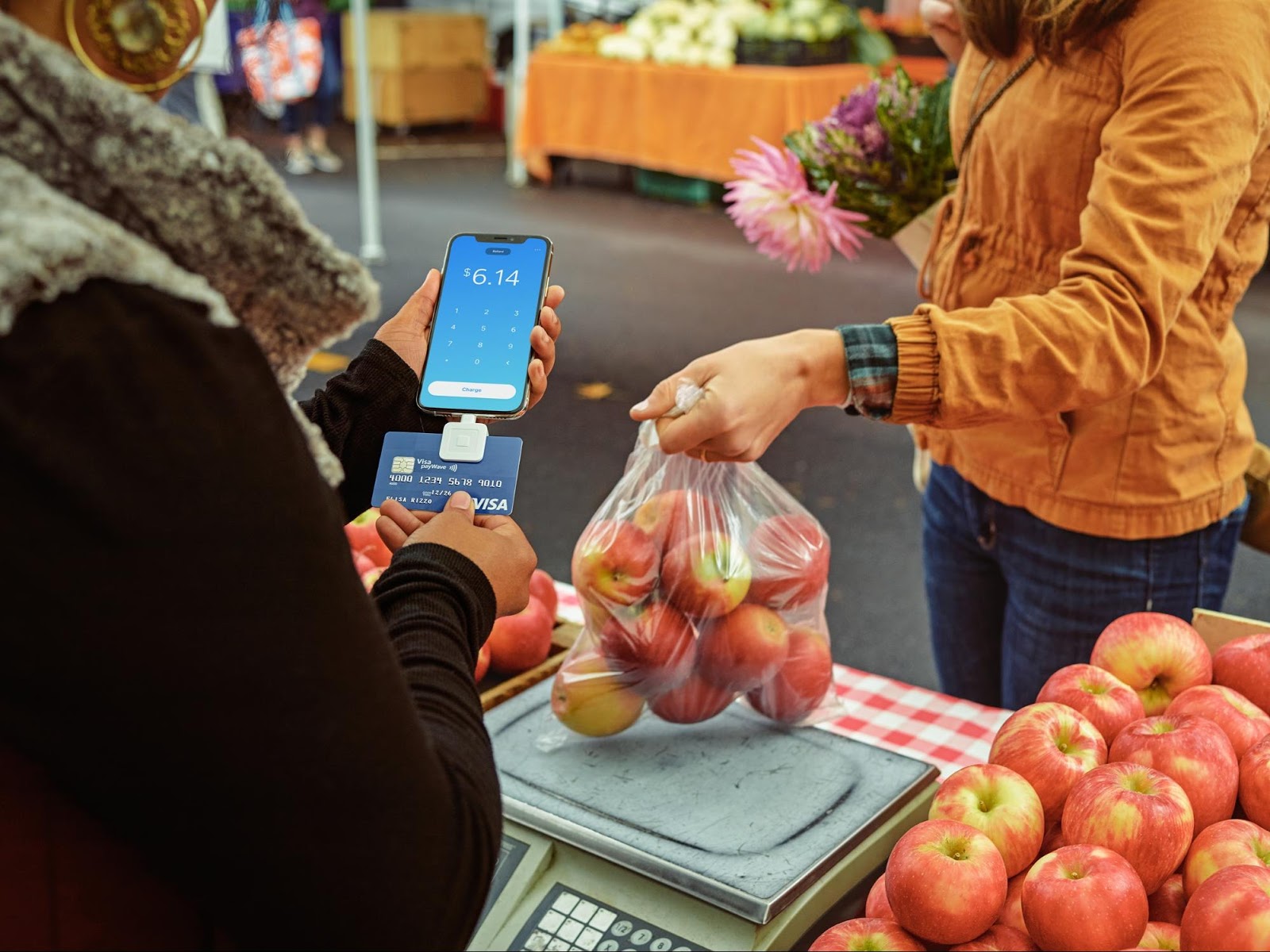 The developer of the Collins Family Orchards app, Dean Papastrat, had this to say about his experience:

"I was blown away by the speed of all the animations and transitions in production builds. As a web developer, it was super easy to make the transition to Flutter, and I can't believe I was able to build a fully working app that can take payments in just a week."

Also at Flutter Live, 2Dimensions announced the immediate availability of Flare, a remarkable new tool for designers to create vector animations that can be embedded directly into a Flutter app and manipulated with code. Flare eliminates the need to design in one app, animate in another, then convert all of that to device-specific assets and code.

Animations built with Flare can be embedded into an existing Flutter app as a widget, allowing them to participate in the full compositor and be overlaid with other text, graphical layers or even UI widgets. Integrating in this way frees animations from the 'black box' limitations of other architectures, and allows ongoing collaboration between designers and developers right up to the completion of the app. Such tight integration between Flutter and Flare provides a uniquely compelling offering for digital designers and animators who want to create highly-polished mobile experiences.

Another partner who has bet on Flutter is Nevercode, a fast-growing provider of continuous integration and delivery (CI/CD) tooling for mobile apps. At Flutter Live, they announced Codemagic, a new tool designed specifically for Flutter to make it easy to automate the process of building and packaging Flutter apps for both Android and iOS from a single automation. Available today in beta, Codemagic allows you to select a GitHub repo containing a Flutter project, and with just a few clicks, create continuous build flows that run tests, and generate binary app bundles that you can upload to the Apple and Google Play stores.

We put together a short video to highlight the range and variety of the apps developers have been building with Flutter since the beta:

Since the first beta, we've been working to add features and polish to Flutter. In particular, we rounded out our support for pixel-perfect iOS apps with new widgets; added support for nearly twenty different Firebase services; and worked on improving performance and reducing the size of Flutter apps. We've also closed out thousands of issues based on feedback from the community.

While the primary focus of the 1.0 release is bug fixes and stabilization, we're also introducing previews of two major new features for developers to try out in preview mode that we anticipate will ship in our next quarterly release in February 2019: Add to App and platform views.

When we first built Flutter, we focused on productivity for the scenario where someone is building a new application from scratch. But of course, not everyone has the luxury of being able to start with a clean slate. Talking to some of our larger customers, it was clear that they wanted to use Flutter for new user journeys or features within an existing application, or to convert their existing application to Flutter in stages.

The architecture of Flutter supports this model well: after all, every Flutter app includes a host Android and iOS container. But we've been working to make it easier to incrementally adopt Flutter by updating our templates, tooling and guidance for existing apps. We've made it easier to share assets between Flutter and host code. And we've also reworked the tooling to make it easy to attach to an existing Flutter process without launching the debugger with the application.

We will continue to work to make this experience even better. Even though a number of customers are already using our guidance on Add to App successfully, we're continuing to add samples and expand support for complex scenarios. In the meantime, our instructions for adding Flutter to existing apps are on our wiki, and you can track the remaining work on the GitHub project board.

While Add To App is useful as a way to gradually introduce Flutter to an existing application, sometimes it's useful to go the other way round and embed an Android or iPhone platform control in a Flutter app.

So we've introduced platform view widgets (AndroidView and UiKitView) that let you embed this kind of content on each platform. We've been previewing Android support for a couple of months, but now we're expanding support to iOS, and starting to add plug-ins like Google Maps and WebView that take advantage of this. 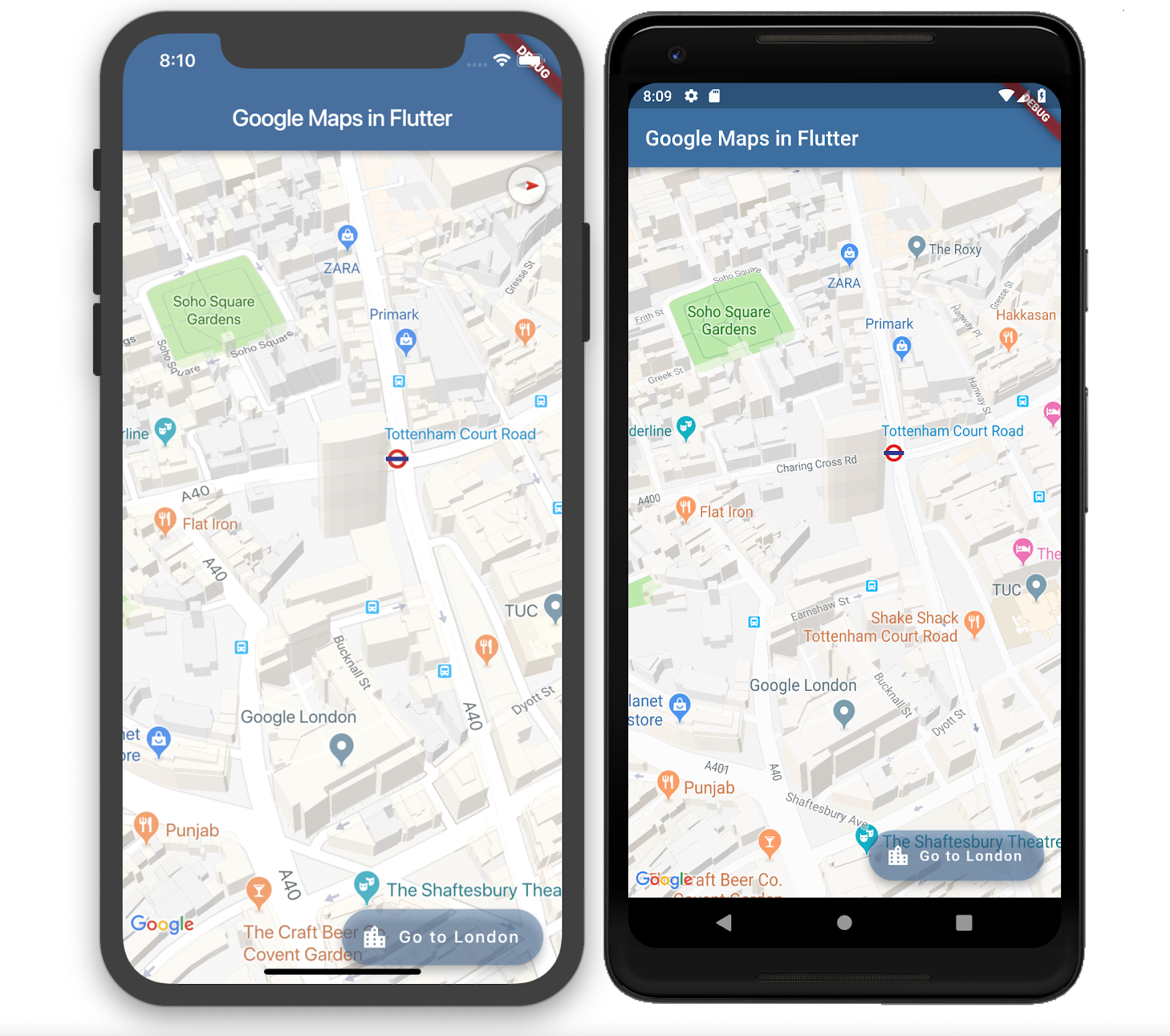 Like other components, our platform view widgets participate in the composition model, which means that you can integrate it with other Flutter content. For example, in the screenshot above, the floating action button in the bottom right corner is a Flutter widget that has background color with 50% alpha. This demonstrates the unique architectural advantages of Flutter well.

While this work is ready for developers to try out, we're continuing to work on improving performance and device compatibility, so we recommend caution if deploying apps that depend on PlatformViews. We're continuing to actively optimize platform views and expect them to be ready for production in time for our next quarterly update.

The primary target for Flutter has so far been iOS and Android. Yet our ambitions for Flutter extend beyond mobile to a broader set of platforms. Indeed, from the outset Flutter was architected as a portable UI toolkit that is flexible enough to go wherever pixels are painted.

Some of this work has already been taking place in the open. Flutter Desktop Embedding is an early-stage project that brings Flutter to desktop operating systems including Windows, MacOS, and Linux. We also recently published informal details of using Flutter on Raspberry Pi, as a way to demonstrate Flutter embedding support to smaller-scale devices that may not include a full desktop environment.

This week, at Flutter Live, we gave the first sneak peek of an experimental project we're working on in the labs that significantly expands where Flutter can run.

Hummingbird is a web-based implementation of the Flutter runtime that takes advantage of the capability of the Dart platform to compile not just to native ARM code but also to JavaScript. This enables Flutter code to run on the standards-based web without change.

We have a separate blog article on Medium that describes the technical implementation details of Hummingbird. And we'll have a lot more to share on Hummingbird at Google I/O in 2019: hope to see you there!

Of course, mobile remains our immediate priority, and you can expect to see the bulk of our investment in these core mobile scenarios over the coming months.

With the release of Flutter 1.0, we've established a new 'stable' channel, in addition to the existing beta, dev, and master channels. The stable channel updates less often than other channels, but we have a higher confidence in its quality since builds have already been vetted through the other channels. We anticipate that we'll update our stable channel on a quarterly basis with our most battle-tested builds.

You can download Flutter 1.0 from our website at https://flutter.io, where you can also find documentation for developers transitioning from other frameworks, code labs, a cookbook of common samples, and technical videos.

We owe a particular debt to the early adopters who have joined us on the journey so far, providing feedback, identifying issues, creating content, and generally shaping the product. The Flutter community is one of our greatest assets as a project: a welcoming, diverse, helpful group of individuals who volunteer selflessly because they also care about this open source project. Thank you!

Flutter is ready for you. What will you build?