We want to empower developers to build great creative learning apps for kids. That's why, earlier this year, we announced Scratch Blocks, a free, open-source project created by the MIT Scratch and Google Kids Coding teams. Together, we are building this highly tinkerableand playful block-based programming grammar based on MIT's popular Scratch language and Blockly's architecture. With Scratch Blocks, developers can integrate Scratch-style coding into apps for kids.

Today, we're excited to share our progress in a number of areas:

Research from the MIT Media Lab has highlighted the importance of providing children with opportunities for quick experimentation and rapid cycles of iteration. For example, the Scratch programming environment makes it easy for kids to adjust the code while it's running, as well as try coding blocks by just tapping on them. Since our initial announcement in May, we've focused on supporting this type of tinkerability in the Scratch Blocks project by making it very easy for developers to connect Scratch Blocks directly to the Scratch VM (a related open-source project being developed by MIT). In this model, instead of blocks being converted to a text-based language like JavaScript which is then interpreted, the blocks themselves are the code. The result is a more tinkerable experience for the end-user.

2. Designing for all levels 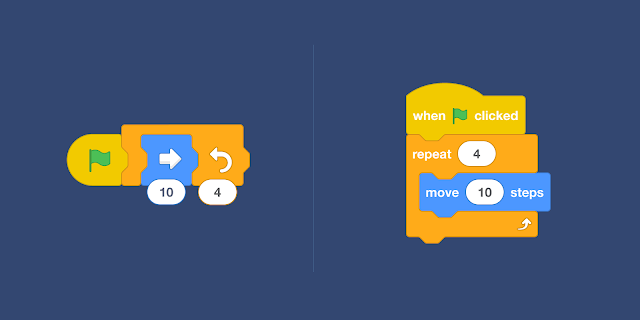 We started by developing the horizontal grammar, which is well-suited for beginners of all ages due to its simplicity and limited number of blocks; additionally, this grammar is easier to manipulate on small screens. You can see an example of the horizontal icon-based grammar in Code a Snowflake (an activity in this year's Google Santa Tracker) built by the Google Kids Coding Team. More recently, we've added the vertical grammar, which supports a wider range of complex concepts. The horizontal grammar can also be translated into vertical blocks, making it possible to transition between the grammars. We imagine this will be useful in a number of situations, including designing for multiple screen sizes, or as an element of the app's learning experience.

3. Designing for all devices 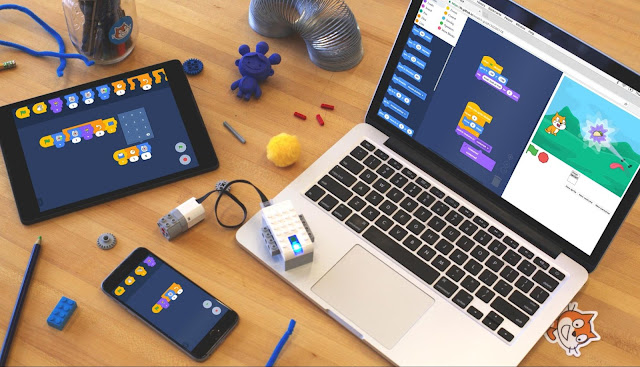 We're building Scratch Blocks for a world that is increasingly mobile, where people of all ages will tinker with code in a variety of environments. We've improved the mobile experience in many key areas, both in Scratch Blocks as well as the underlying Blockly project:

How to get involved

These first six months of Scratch Blocks have been a lot of work - and a ton of fun. To stay up to date on the project, check out our Github project, and learn more on our Developer Page.