From November 30 through December 11, the French government hosted COP21 the UN Climate Change Conference which resulted in 195 countries coming together to adopt the most ambitious climate change agreement in history. Roughly 40,000 people attended including 195 nations and thousands of NGOs and corporations.

Over the past two weeks in Paris, Googlers have been discussing how sustainability has been making good business sense for us. We believe that strong action from the business community is critical to meeting the climate challenge. We were official sponsors of COP21 through the French Government, we co-hosted an event with RE100 and The Climate Group on the role of industry in driving renewable energy growth, and we showcased a Google immersive Portal display with rolling presentations of climate content from various partners!

At our event with The Climate Group and RE100, we hosted leaders from government and business at our Paris office to discuss the role that companies can play in leading the way to a 100% renewable energy future. More than 60% of global Fortune 100 companies have set public renewable energy or GHG reduction targets not only because they believe in environmental sustainability but because they think that renewable energy makes good business sense. Leaders from Google, Ikea, Unilever, Marks & Spencer, and Philips Lighting discussed their business cases for purchasing renewable energy, and were joined by officials from the European Commission and the South Australian Government to focus on the role of government policy in unlocking private sector demand for renewables. 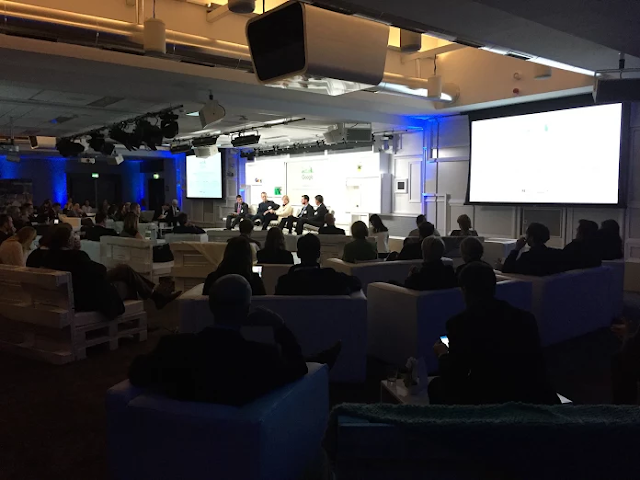 To help showcase climate issues, the “Google Portal,” an immersive 9 screen, 3 x 3 meter square interactive display, was constructed in the public Climate Generations Area to allow people to explore and learn about their world, and to encourage public discussion. With 70 presentations, nonprofit demonstrations ranged from sea level rise by Climate Central, deforestation from Global Forest Watch and MapBiomas, coral bleaching from Underwater Earth and Sylvia Earle, and Climate Reality on the current state of climate changes. The Mayor of Paris, along with a broader coalition of mayors, presented their climate commitments before formal submission to the United Nations. The UN Food and Agriculture Organization discussed Collect Earth and land classification tool to enable country reporting and measurement and the EU Commission previewed the first look at a Global Water Surface map over the last 30 years. Google projects including Makani’s energy kites, the Earth Engine platform, a timelapse movie of the changing landscape, and YouTube’s #OursToLose campaign were shown. 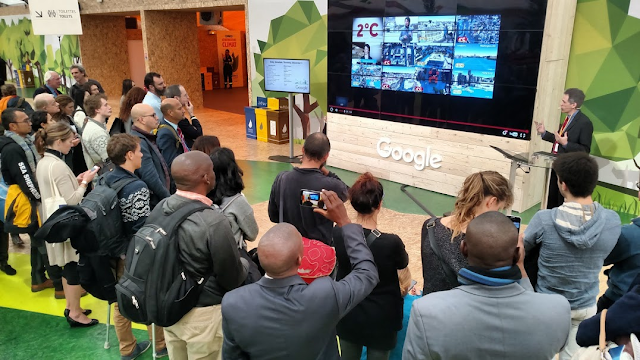 It's great to see a strong international climate agreement coming out of Paris that moves us towards a zero-carbon economy. Climate change is one of the most significant global challenges of our time. Rising to that challenge involves a complex mix of policy, technology, and international cooperation and Google is committed to doing our part.