In the year 2000, I sat in a cinema in Brixton with my mum watching an extraordinary  film called Timecode, in which four simultaneous 90 minute stories share the screen in a conspicuous abundance of footage. It felt momentous. The old scarcities of storytelling were disappearing in the digital age, and I knew that as cost and bandwidth reduced, and technology improved, we’d soon be telling stories in a whole host of new, multi-dimensional ways. The science fiction was coming true.

Google’s Creative Lab in Sydney is still playing with those ideas, 14 years later. Our latest project, the cube, is an experimental platform for interactive storytelling, drawing on WebGL and HTML technology. It allows filmmakers, musicians, artists and other creatives to make a six-sided interactive film in which the viewer controls the narrative structure.  Six videos—for example six concurrent scenes, or a music track sung in six different styles—are wrapped around a ‘cube’ which a viewer then manipulates to determine which sides they see. The audio is synchronised with the cube’s movement turning it into a visual audio-mixer.

The future of the cube will be on mobile devices but its first outing was in a physical installation at the Semi-Permanent design conference in Sydney. Wired Magazine visited the cube and they wrote about it here. 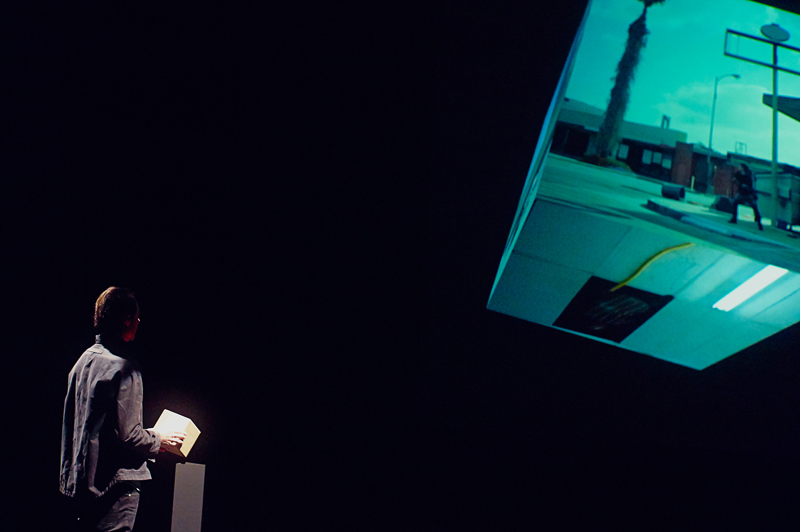 We think the cube shows what will be possible in the near future with smartphone technology and modern browsers. We hope it inspires clever creative people to play, to design, and to imagine narrative when you start adding extra dimensions. Screens that interact and cross-pollinate, a film that is different every time, released from linear restraints of TV.

We had lots of help in making this project come to life. The primary prototype was developed by Jude Osborn of Potato, the primary video sketches came from Emlyn Dodd at BananaStand, Semi-Permanent introduced us to their friends Steve Ayson and Damien Shatford to make the film, and we’re working with Mark / M&C Saatchi on the next iteration of it.

Look out for other cubes coming to the web soon - we have an exciting collaboration with some Australian musical artists coming up.
Posted by Tom Uglow, Creative Director, Google Creative Lab