Whether you’re cozied up at home or on the road, Chromecast has a bunch of new goodies for you and the family. Just in time for the holidays, we’re adding more Chromecast-enabled games for both Android and iOS to the list.

Now casting is Rovio’s Angry Birds Friends, featuring everyone’s favorite red bird, where you can compete in weekly tournaments.  Also available is Ubisoft’s Driver Speedboat Paradise, where you race your boat through beautiful canals and waterways around the world. 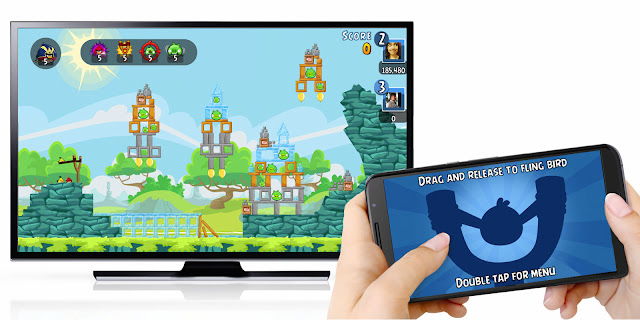 We’re also introducing several new family-friendly Hasbro games which have been remastered for the big screen experience, including Monopoly Here & Now, Yahtzee Blitz, The Game of Life, and Scrabble Blitz 2.0. These are perfect companions for the downtime before that ball drops this New Year’s Eve.  And lastly, we’re excited to introduce a new way to play Risk -- on Chromecast. Now you can compete for world domination with friends and family. (Hasbro games available in the US and CA only)

With Chromecast, you can get a great split-screen experience for your mobile games. For example, if you are playing Monopoly Here & Now, only you can see your cards on your phone while the moves you decide to make get displayed on the big screen. It unlocks fun multiplayer experiences, and the ability for you to use your phone or tablet as the controller while gameplay takes place on the TV. 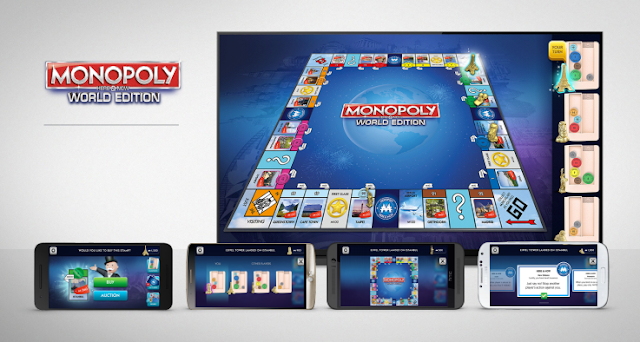 Many games now work with Chromecast, and many more will continue to be made available.
So whether you’re playing with friends or by yourself, you can now play mobile games on the biggest screen in the house. Check out these great games and more on chromecast.com/apps.