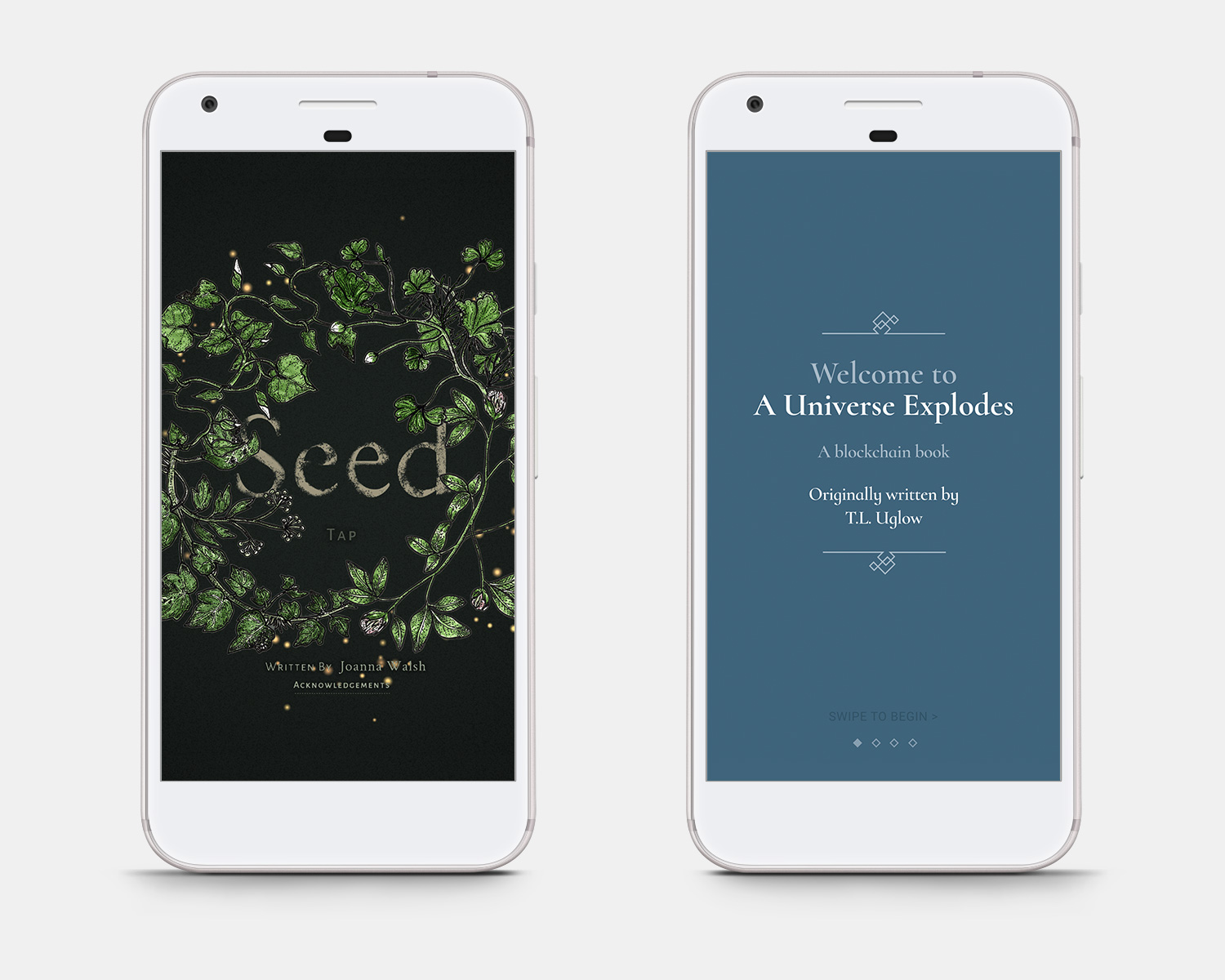 What could a digital book possibly have to do with Blockchain - the technology behind the crypto-currency Bitcoin? And how can you create a situation where someone can own a book, without paying for it, yet everyone can read it?
These are some of the questions we’ve been asking ourselves as part of Editions At Play - a collaboration between our Creative Lab team in Sydney and the London publisher Visual Editions - which aims to create a space for new, experimental, digital storytelling through the marriage of technology and literature.
Today we’re excited to release two new books which, we hope, will continue to inspire fresh conventions around how we think of books and ‘bookness’, and how authors can work with developers and designers to create new formats of non-linear, dynamic literature.
A Universe Explodes, by Google’s own Tea Uglow, is on one level the story of a parent losing their grip on reality.
On another it is an exploration of the idea of ownership in digital culture, asking whether it is even possible to own a digital artefact in the same way we own a physical book or a CD, and using Blockchain to experiment with new models for owning and exchanging digital goods.

The book is accessible to all, but owned by only a few, and when one owner is ‘finished’ with their version, they dedicate it to a new owner, triggering a change of ownership which is recorded to the Blockchain - a permanent, public database accessible to everyone.
There are 100 ‘versions’ of A Universe Explodes, which each start the same. The first 100 owners receive a personal dedication from Tea, and are then invited to edit the book themselves by removing two words and adding one. They in turn dedicate their version to someone else, creating a ‘daisy book chain’ which gradually gets shorter until there is only one word per page in the book.
You can watch this film or read this post to learn more about the ideas behind the book.
Seed, by British author Joanna Walsh, is the story of a young woman coming of age in the 1980s, digitally growing and decaying around an unmentionable event that every reading will see differently.

The book uses a sprawling digitally-native canvas to steer the reader and employs ‘story vines’ to navigate the narrator’s dark and claustrophobic surroundings - all set inside and around rich, botanical illustrations by Charlotte Hicks.
You can explore more of Seed - a story that blooms, wilts, and grows - in this film.
Happy reading!