In July 2014, Google and the IEEE launched the $1 Million Little Box Challenge, an open competition to design and build a small kW-scale inverter with a power density greater than 50 Watts per cubic inch while meeting a number of other specifications related to efficiency, electrical noise and thermal performance. Over 2,000 teams from across the world registered for the competition and more than 80 proposals qualified for review by IEEE Power Electronics Society and Google. In October 2015, 18 finalists were selected to bring their inverters to the National Renewable Energy Laboratory (NREL) for testing. 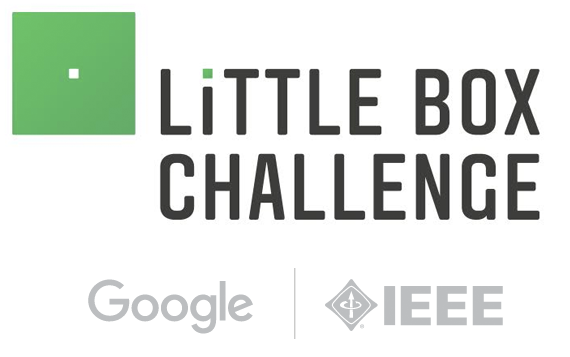 Today, Google and the IEEE are proud to announce that the grand prize winner of the $1 Million Little Box Challenge is CE+T Power’s Red Electrical Devils. The Red Electrical Devils (named after Belgium’s national soccer team) were declared the winner by a consensus of judges from Google, IEEE Power Electronics Society and NREL. Honorable mentions go to teams from Schneider Electric and Virginia Tech’s Future Energy Electronics Center. 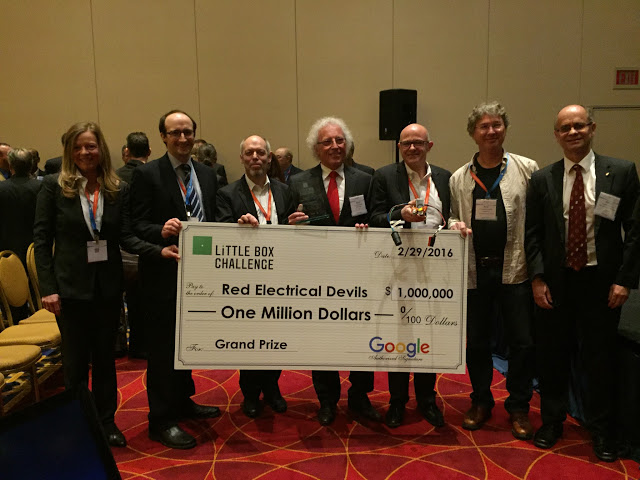 Schneider, Virginia Tech and The Red Electrical Devils all built 2kW inverters that passed 100 hours of testing at NREL, adhered to the technical specifications of the competition, and were recognized today in a ceremony at the ARPA-E Energy Innovation Summit in Washington, DC. Among the 3 finalists, the Red Electric Devils’ inverter had the highest power density and smallest volume.

Impressively, the winning team exceeded the power density goal for the competition by a factor of 3, which is 10 times more compact than commercially available inverters! When we initially brainstormed technical targets for the Little Box Challenge, some of us at Google didn’t think such audacious goals could be achieved. Three teams from around the world proved decisively that it could be done.

Our takeaway: Establish a worthy goal and smart people will exceed it!

Congratulations again to CE+T Power’s Red Electrical Devils, Schneider Electric and Virginia Tech’s Future Energy Electronics and sincere thanks to our collaborators at IEEE and NREL. The finalist’s technical approach documents will be posted on the Little Box Challenge website until December 31, 2017. We hope this helps advance the state of the art and innovation in kW-scale inverters.