This week marks the 70th anniversary of the end of World War II. As time passes, and memories fade, it’s important to remember both the sacrifices made and the remarkable stories of the period. That’s why the Google Cultural Institute has partnered with twenty-seven museums and institutions around the world to bring more than 1400 rare and important world war-related artifacts online.

Each of our partner institutions is a custodian of vital national heritage, preserving important stories and artifacts from the war years. Now, using tools provided by the Google Cultural Institute, expert curators have brought to life a wide range of remarkable and inspiring online exhibitions that demonstrate the bravery, ingenuity and sacrifice of those who fought - and those whose lives were changed forever by the war.

The Dutch Nationaal Comité 4 en 5 mei has curated an online exhibition of 100 objects from the War. Among them is a radio, hidden in a briefcase; members of the Dutch resistance used these devices to maintain contact with Britain during the War. 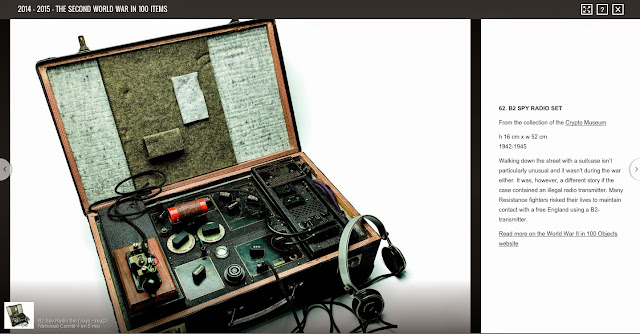 Image from the online exhibition entitled The Second World War in 100 Items
From the US National Archives’ online exhibition, World War II Looted Art: Turning History into Justice, we have rare photographs of the real Monuments Men and the masterpieces they rescued during the War 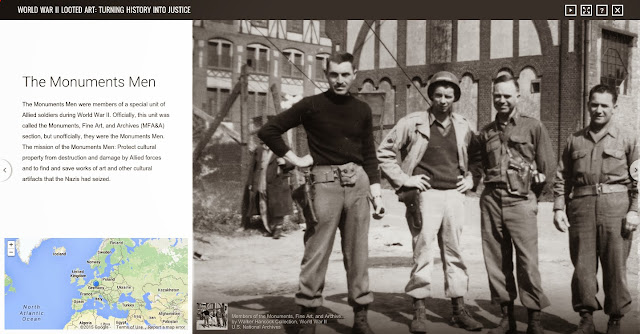 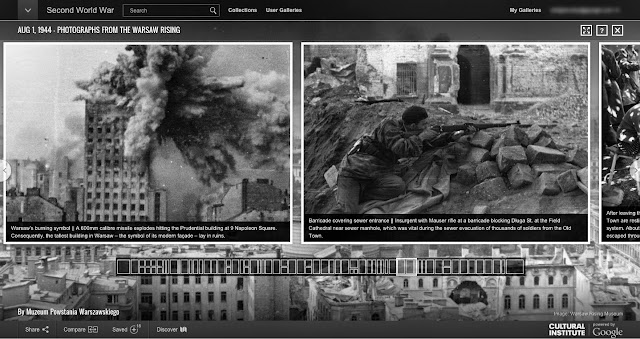 Image from the online exhibition entitled Photographs from the Warsaw Uprising
The World War II channel on the Cultural Institute includes many more rare images and stories, including German propaganda posters and photographs of the reconstruction of Manila after the War in the Pacific region.

We hope you’ll take a moment to step back in time to discover, learn and #RememberWW2 at google.com/culturalinstitute/project/second-world-war.