In 2009, we launched Chrome Experiments to showcase the work of creative coders who pushed HTML5 and JavaScript to the limits in order to build beautiful, unique web experiences. At first, the site had only 19 experiments, but we hoped they would be a source of inspiration for programmers who made art with open web technologies. Since then, we’ve been humbled by the quantity and quality of new submissions. Today, we’ve reached a major milestone: 1,000 experiments.

To celebrate, we’ve created a special Experiment #1000 that visualizes every other experiment on the site. You can explore all 1,000 in a variety of ways, including a real-time code editor and a timeline with selectable tags. Click on the WebGL tag, for example, and you’ll see how that technology surged in popularity when it was added to Chrome in 2011. 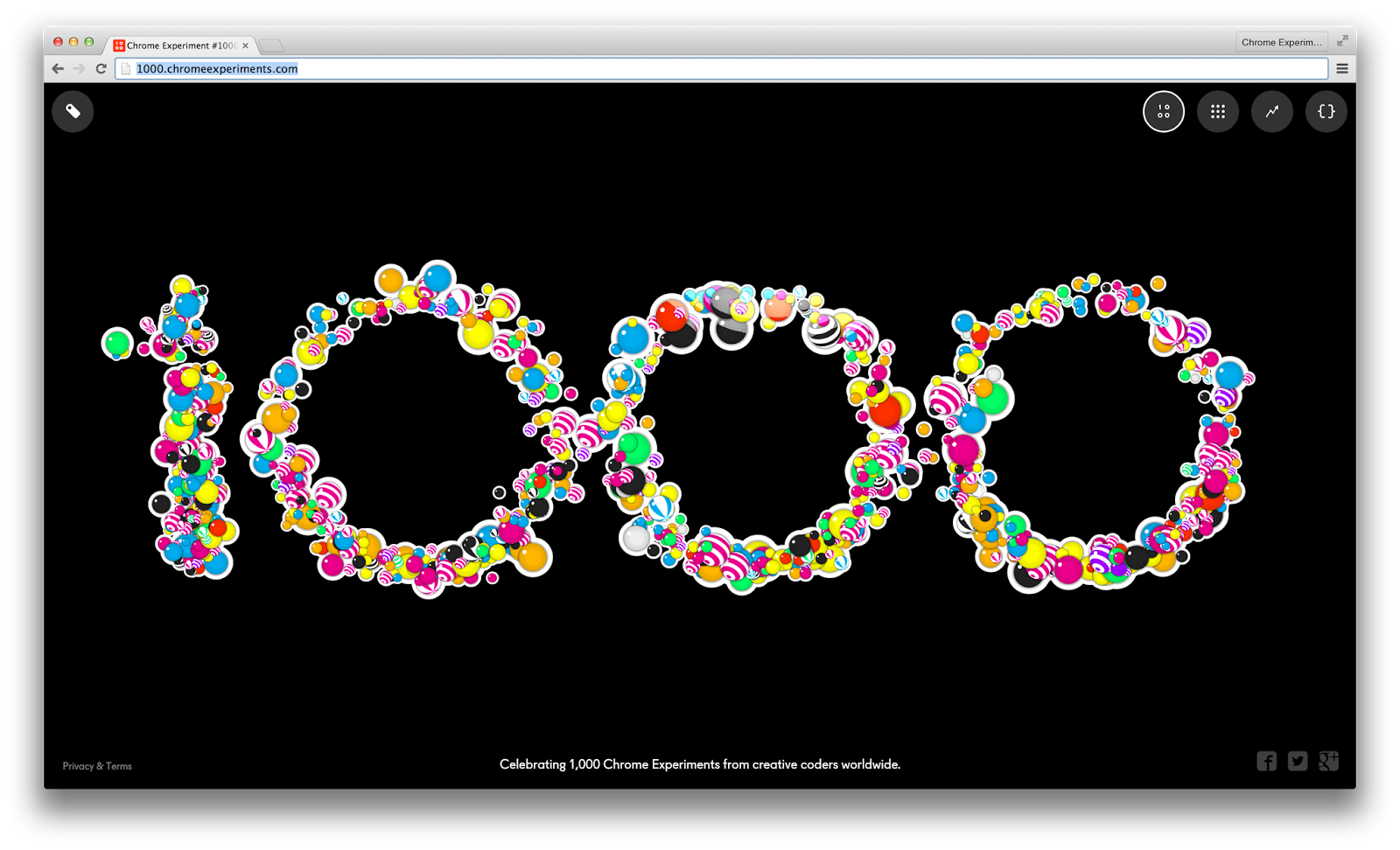 A visualization of the first 1,000 Chrome Experiments
Along with Experiment #1000, we’ve redesigned ChromeExperiments.com using Polymer. It’s mobile-friendly, so no matter what kind of phone or tablet you have, or how you hold it, the site scales smoothly. If you’re on your phone, you can also filter the list to mobile-compatible experiments by selecting the Mobile tag. 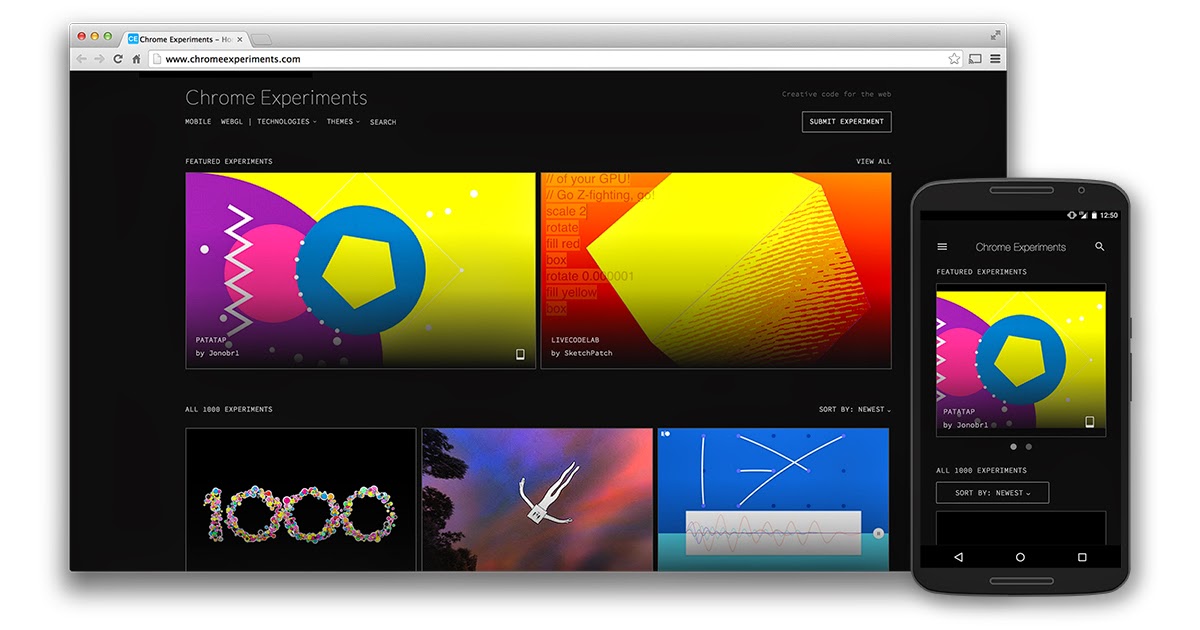 The new ChromeExperiments.com
Looking back at the old experiments this month has been a joy. Highlights include Mr.doob’s classic Ball Pool (one of the original 19 experiments), the first WebGL experiment by Gregg Tavares (try 4,000 fish – this used to be very slow!), and Dinahmoe’s multiplayer audio toy Plink, which combines the Web Audio API with Node.js. At Google I/O in 2012, we released the first mobile experiments, including AlteredQualia’s Multitouch Toy and Dominic Szablewski’s X-Type. And each year afterward, new web technologies appeared, like getUserMedia and the Web Speech API. It’s been a wonderful journey.

Thank you to everyone who has supported the site, and most of all to the creators who have shared their work. We’re excited to see what experiments you come up with next.