Editor's note: The Google Cultural Institute creates technologies that make the world’s culture accessible to anyone, anywhere. This week, we announced a new partnership with the British Museum that gives people new ways to access and experience the museum, and new ways to learn and teach. We’ve invited Neil MacGregor, Director of the British Museum since August 2002, to write a guest post for the Google Europe blog, explaining the partnership.

The British Museum was founded in 1753 by an act of Parliament and is the embodiment of Enlightenment idealism. In a revolutionary move, it was from its inception designed to be the collection of every citizen of the world, not a royal possession and not controlled by the state.

Over the succeeding 260 plus years it has gathered and exhibited things from all over the globe – antiquities, coins, sculptures, drawings – and made them freely available to anyone who was able to come and see them. Millions have visited and learned, and have been inspired by what they saw. Today the Museum is probably the most comprehensive survey of the material culture of humanity in existence.

The world today has changed; the way we access information has been revolutionised by digital technology. Sharing knowledge has become easier and we can do extraordinary things with technology which enable us to give new reality to the Enlightenment ideal on which the Museum was founded. It is now possible to make our collection accessible, explorable and enjoyable not just for those who physically visit, but for everybody with a computer or a mobile device.

Thousands of objects from the Museum’s collection will be available to view through the Google Cultural Institute and through a special, dedicated site called ‘The Museum of the World’, which will allow users to explore and make connections between the world’s cultures. 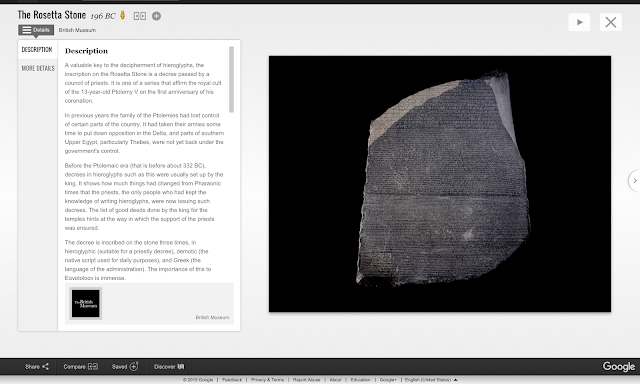 One of the Museum’s most important objects, the Admonitions Scroll, a Chinese scroll dating from the 6th century, has been captured in super high-resolution to give you a closer and more intimate view than you could ever get with the naked eye. 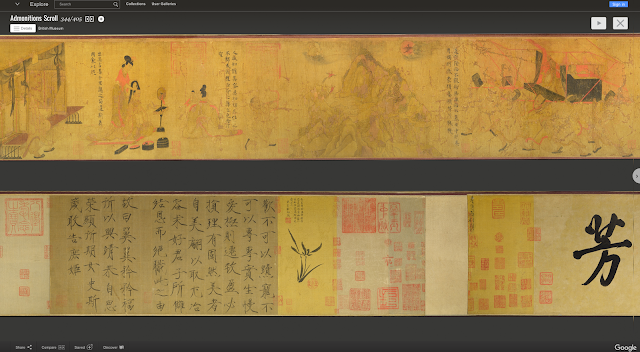 We’ve captured the whole Museum via Street View, meaning that if you can’t get to the Museum in person, you can take a virtual walking tour of every permanent gallery, and its outdoor buildings.
And virtual exhibits allow you to see Celtic objects from across UK museums brought together in a unique tour or a thematic exhibition detailing Egypt’s history after the pharaohs. 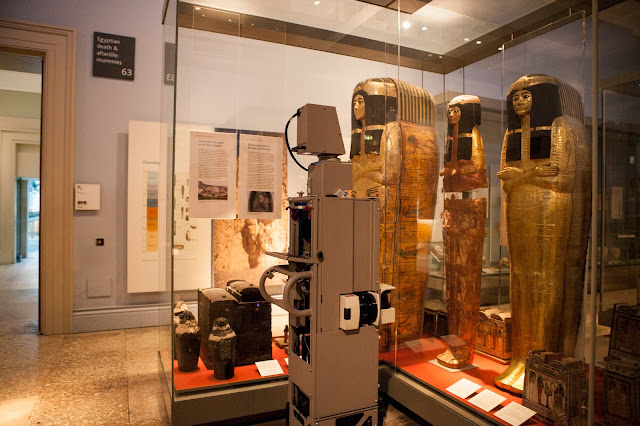 None of this is to deny the power of seeing an object in the flesh in a gallery - nothing will replace that experience. But it does allow a far greater public access to the Museum and its unparalleled collection.

And this is just the beginning. We’re in a brave new world of information dissemination. As we are transformed by globalisation, it is more important than ever to understand the past of the whole world. The breadth of the British Museum’s collection, the authority of the Museum’s scholarship and the skill with which it is presented and mediated: all these are now ready and available for anyone anywhere on the planet.

The more we can work with partners in the technology sphere, and the more we rise to the challenge of making our world a digital one, the greater will be our impact on community cohesion and understanding, domestically and internationally. Through technology, the Museum’s collection can become the private collection of the entire world. And so our great Enlightenment vision moves into a phase our founders in the 18th century couldn’t even have dreamed of.