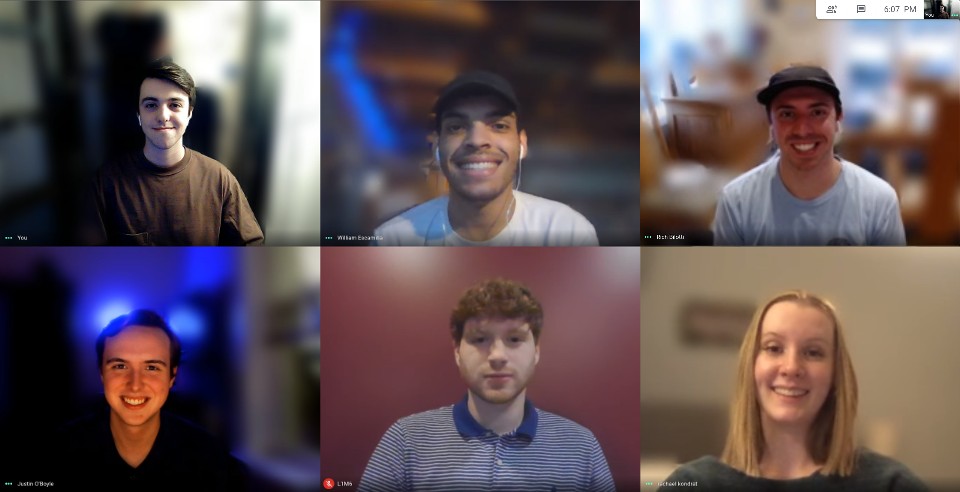 The Google Developer Student Club at the Stevens Institute of Technology built their own website that makes local government data user friendly for voters in local districts. The goal: Take obscure budget and transportation information, display it via an easy-to-understand UI, and help voters become more easily informed.

When Tim Leonard first moved to Hoboken, New Jersey to start school at the Stevens Institute of Technology, he was interested in anything but government. A computer science major with a deep interest in startups, one was more likely to find him at a lecture on computational structures than on political science.

However, as the founder of the Google Developer Student Club (DSC) chapter at his university, Tim and his fellow classmates had the opportunity to make the trip into New York City to attend a developer community meetup with Ralph Yozzo, a community organizer from Google Developer Groups (GDG) NYC. While Ralph had given several talks on different technologies and programming techniques, this time he decided to try something new: Government budgets. 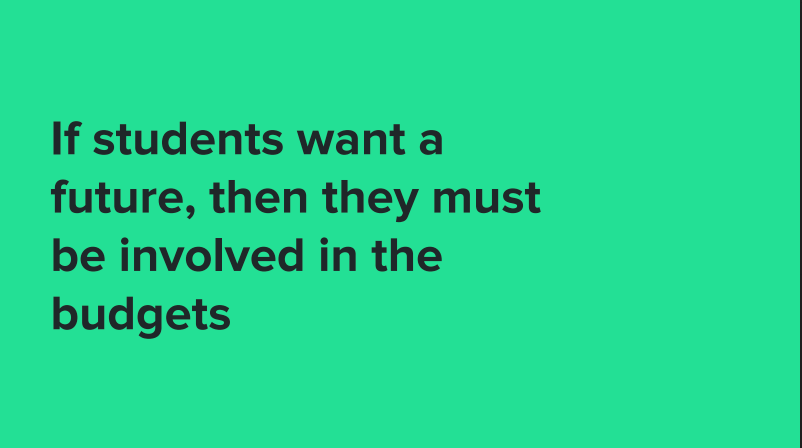 A slide from Ralph’s presentation

Titled “Why we should care about budgets,” Ralph’s talk to the young programmers focused on why tracking government spending in their community matters. He further explained how public budgets fund many parts of our lives - from getting to work, to taking care of our health, to going to a good school. However, Ralph informed them that while there are currently laws that attempt to make this data public, a platform that makes this information truly accessible didn’t exist. Instead, most of this information is tucked away in different corners of the internet; unorganized, and hard to understand.

Tim soon realized programming could be the solution and that his team had the chance to grow in a whole new way, outside of the traditional classroom setting. With Ralph’s encouragement, Tim and his team started thinking about how they could build a platform to collect all of this data, and provide a UI that’s easy for any user to interact with. By creating a well-organized website that could pull all of this local information, streamline it, and produce easy-to-understand graphics, the DSC Stevens team imagined they could have an impact on how voters inform themselves before casting their ballots at local elections.

“What if we had a technical approach to local government? Where our site would have actionable metrics that held us accountable for getting information out to the public.”

Tim thought if local voters could easily understand how their representatives were spending their community’s money, they could use it as a new framework to decide how to vote. The next step was to figure out the best way to get started. 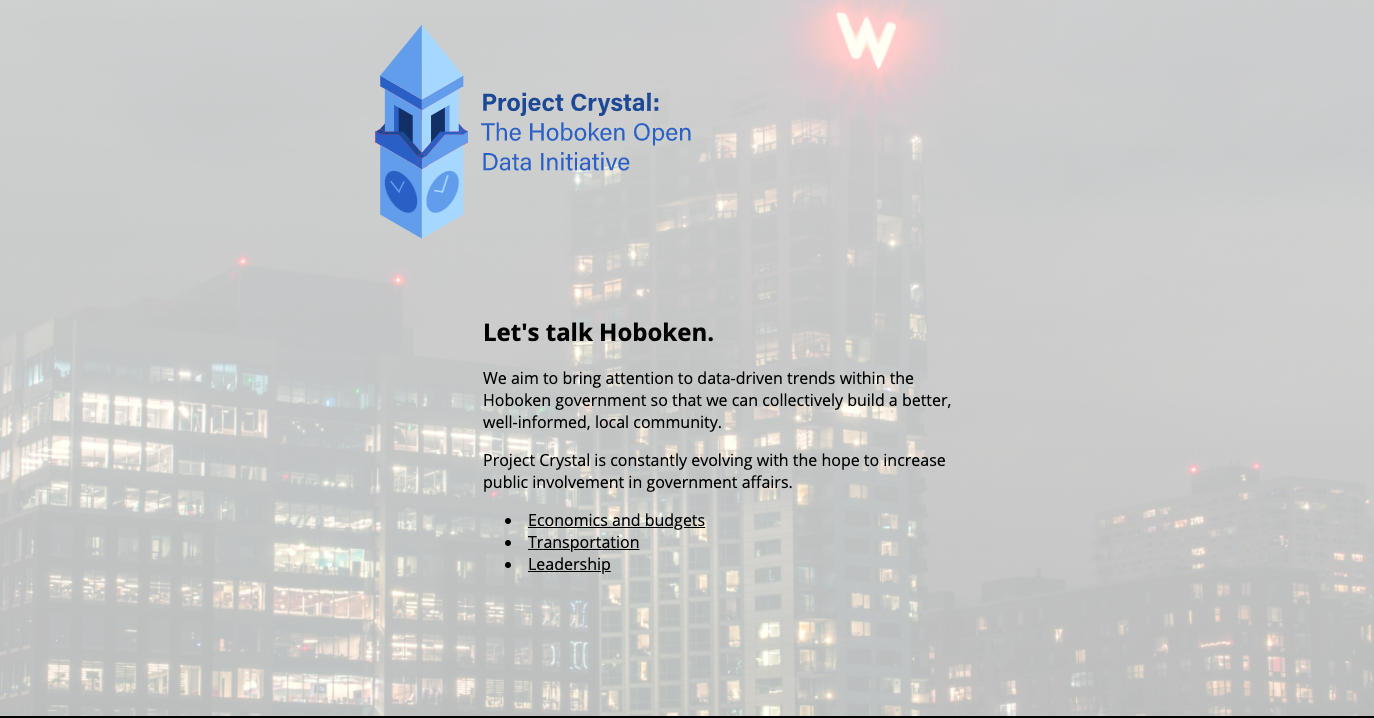 An image from the demo site

The DSC Stevens team quickly agreed that their goal should be to build a website about their own city, Hoboken. They named it “Project Crystal” and started taking Google App Engine courses and conducting Node.js server run throughs. With the data they would eventually store and organize, they also dove into Google Cloud demos and workshops on Google Charts. They were determined to build something that would store public information in a different way.

“Bounce rates and click through metrics ensure we evaluate our site like a startup. Instead of selling a product, our platform would focus on getting people to interact with the data that shapes their everyday lives.”

After participating in different courses on how to use Google Cloud, Maps, and Charts, they finally put it all together and created the first version of their idea - an MVP site, built to drive user engagement, that would serve as their prototype.

Complete with easy-to-understand budget charts, contact information for different public officials, and maps to help users locate important services, the prototype site has been their first major step in turning complicated data into actionable voting information. Excited about their progress, Tim wants to eventually host the site on Google Cloud so his team can store more data and offer the platform to local governments across the country. 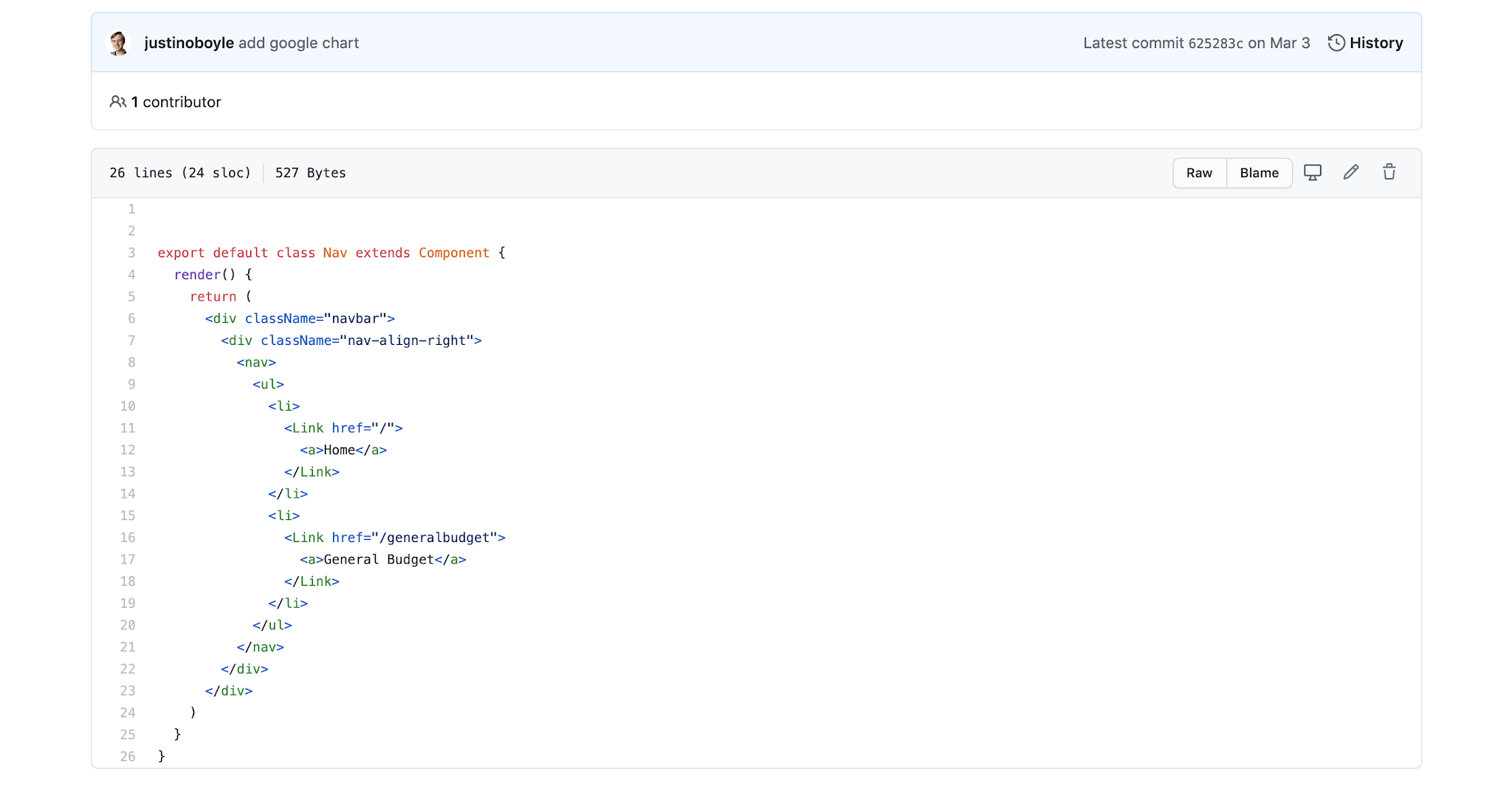 The DSC Stevens team agrees, access to resources like Project Crystal could change how we vote. They hope with the right technical solutions around data, voters will be better informed, eager to ask more of their representatives, and more willing to participate in the day-to-day work of building their communities, together.

“Our advice to other student developers is to find outlets, like DSC, that enable you to think about helping others. For us, it was figuring out how to use our Google Cloud credits for good.”

Want to start a project of your own? If you’re a university student, join a Developer Student Club near you. If you’re a professional, find the right Google Developer Group for you.