Displayed in a pane at the bottom of the page, this outline features headings for each section of your document, making it simple to quickly jump from place to place. If you haven’t manually applied headings, the feature will intelligently detect the logical divisions within your work. You can then edit or remove those headings as necessary. 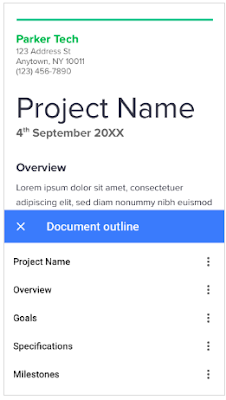 This functionality, coupled with the fast scrolling feature launched for the Docs iOS app in April, will make it even easier for you to move through your work in Docs.