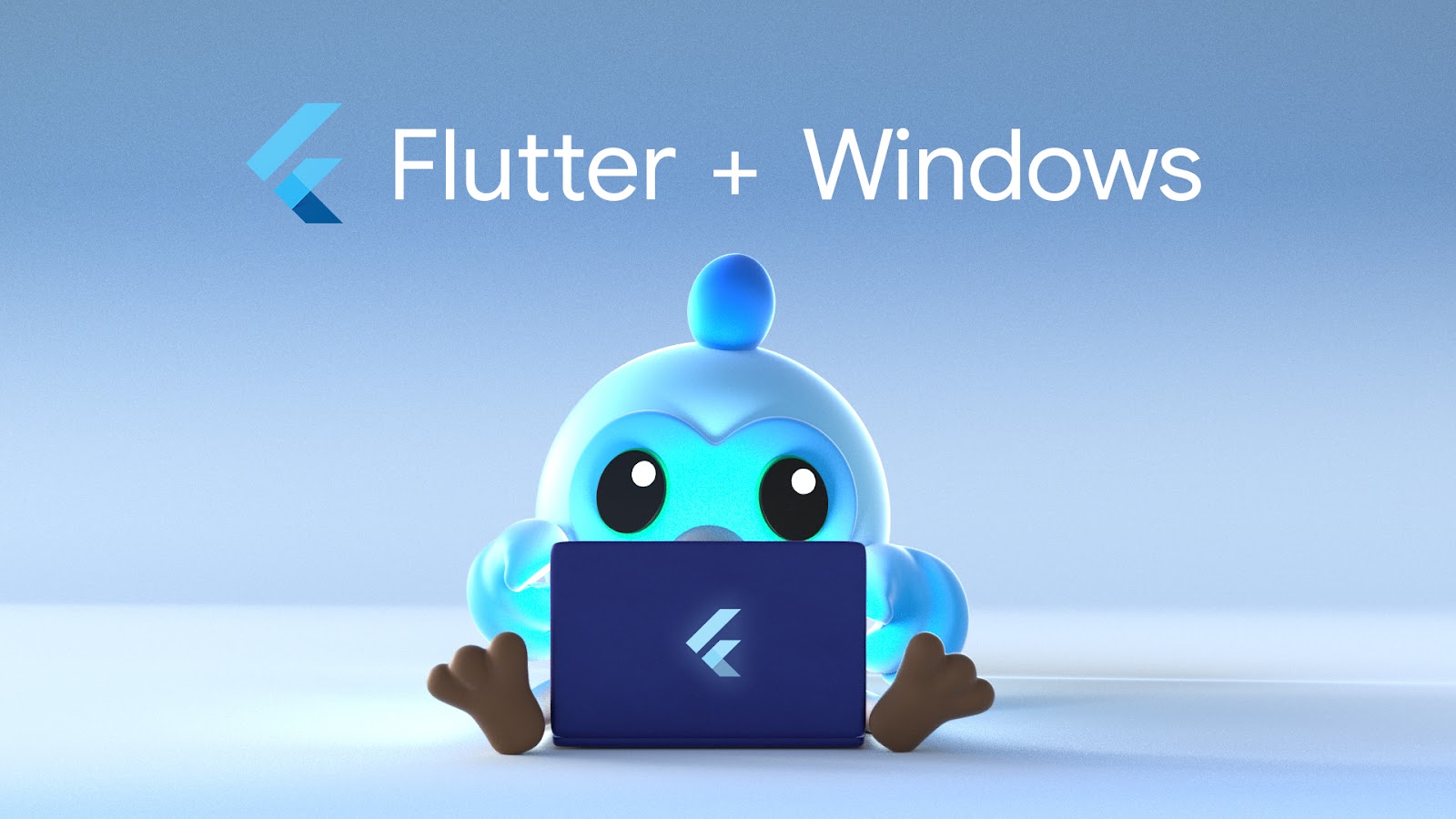 Since we launched Flutter, we’ve focused on delivering a cross-platform solution for beautiful, tailored apps that are compiled to machine code and take full advantage of the underlying graphics hardware of your device. Today marks a significant expansion of this vision with the first production release of support for Windows as an app target, enabling Windows developers to benefit from the same productivity and power that mobile developers have been enjoying.

Our goal with Flutter is to give you the tools you need to build a great experience, regardless of which operating system you’re building for. And so we want to bring the same core framework and tools to every place you might want to paint pixels. Flutter allows you to handcraft beautiful experiences where your brand and design come to the forefront. Flutter is fast, compiling directly to machine code; with support for stateful hot reload, you get the productivity of an interactive environment that allows you to make changes while your app is running and see the results immediately. And Flutter is open, with thousands of contributors adding to the core framework and extending it with an ecosystem of packages.

So far, we’ve seen momentum that has exceeded our expectations, with nearly half a million apps now released that use Flutter, including big apps from companies like Betterment, BMW, and ByteDance, and apps from thirty teams at Google. In 2021, Flutter became the most popular cross-platform UI toolkit, as measured by analysts like Statista and SlashData:

Our own data backs this up, with a consistent 92% of Flutter developers expressing positive satisfaction with our tools in all four quarterly surveys in 2021. To the other 8% of you, we’re listening to your feedback and want you to be happy as well!

One common survey request has been for Windows support. Today, we’re thrilled to announce the full availability of support for Windows apps for Flutter in stable builds.

A couple of years ago, we laid out an ambitious vision for Flutter to expand from mobile apps on iOS and Android to other platforms including web and the desktop. The core of Flutter carries across platforms: from the portable, hardware-accelerated Skia graphics engine, to the Flutter rendering system; core primitives like animation, theming, text input, and internationalization; and the hundreds of widgets that Flutter offers.

But desktop apps aren’t just mobile apps running on a bigger screen. They’re designed for different input devices, such as a keyboard and mouse. They have resizable windows that often run on a widescreen monitor. There are different conventions for critical things like accessibility, input method editors, and visual styling. And they integrate with different APIs in the underlying operating system: desktop apps support everything from file system pickers to device hardware to data stores like the Windows registry.

So while we’ve brought Flutter to Windows, we’ve also tailored it for Windows.

Just as with our support for Android and iOS, the Windows implementation of Flutter combines a Dart framework and C++ engine. Windows and Flutter communicate through an embedding layer that hosts the Flutter engine and is responsible for translating and dispatching Windows messages. Flutter coordinates with Windows to paint your UI to the screen, handles events like window resizing and DPI changes, and works with existing Windows modalities for internationalization (such as input method editors).

Your app can use every part of the Flutter framework, and on Windows, it can also talk to the Win32, COM, and Windows Runtime APIs either directly through Dart’s C interop layer, or using a platform plugin written in C++. We’ve also adapted a number of common plugins to include Windows support, including camera, file_picker, and shared_preferences. More importantly, the community has already added Windows support for a broad array of other packages, covering everything from Windows taskbar integration to serial port access.

For a fully tailored Windows UI, you can also use Flutter Favorite packages like fluent_ui and flutter_acrylic to create an app that expresses the Microsoft Fluent design system beautifully. And using the msix tool you can wrap your app in an installer that can be uploaded to the Microsoft Store on Windows.

Together, this fosters creation of apps that look great on Windows, run fast on Windows, and still transfer to other desktop or mobile devices, as well as the web. Here are a few early examples that we’ve seen so far: 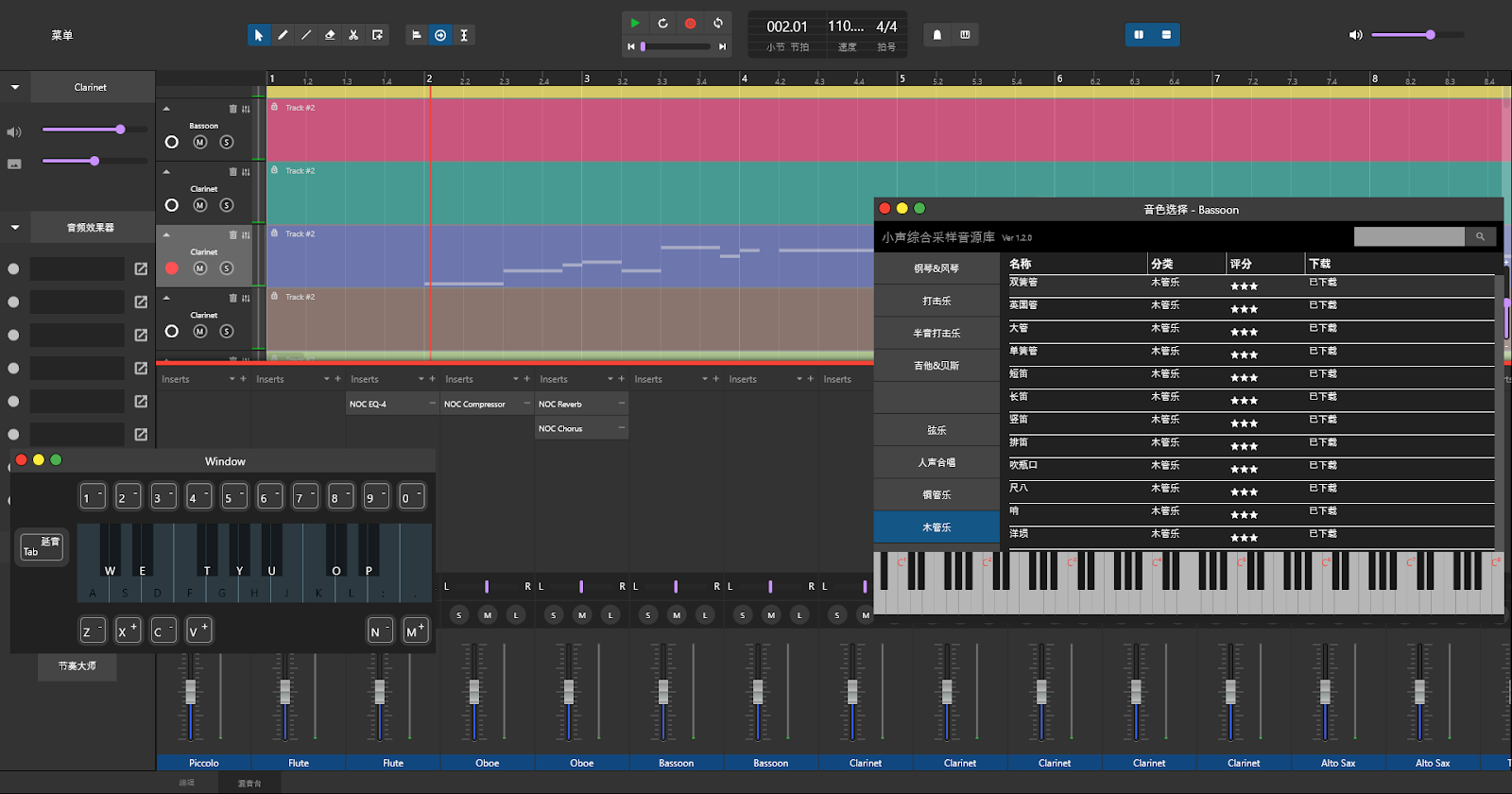 Several teams from Microsoft have contributed to today’s announcement. In particular, we’d like to express our gratitude to the Fluent design team for their contribution of iconography for Flutter apps on Windows. Their fluentui_system_icons package has been awarded Flutter Favorite status to signify its quality.

Of course, Visual Studio Code provides a key part of the tooling experience for Flutter apps. Our Dart extension has been downloaded over 4 million times, and we’ve been grateful for their partnership and support of our feature requests to improve Flutter development using their tools.

We asked the Windows team if they’d be willing to share a few words about Flutter’s support. Here’s what Kevin Gallo, Corporate Vice President for Windows Developer Platform at Microsoft, has to say:

We’ve been particularly impressed with the investments Microsoft has made around accessibility for Windows, and we’re grateful for their team’s assistance to ensure Flutter has support for screen readers from day one. It’s a mistake to dismiss accessibility as a niche interest. As this diagram from Microsoft’s inclusive design toolkit illustrates, we all have reason to care about delivering experiences that adapt for different permanent, temporary, or situational needs.

The video below demonstrates how Flutter integrates with Windows Narrator. For the purposes of this video, we’ve deliberately blurred the screen to give you a sense of how important this feature is to users who need it.

An ecosystem of tools for Windows development

Our tooling partners are also adding support for Windows.

It’s very exciting for us to see a mature ecosystem built around Flutter, and we’d encourage you to check out each of these partners as you start building Windows apps with Flutter.

Stable, production-quality support for building Windows apps is available as part of Flutter 2.10, which releases today. Flutter 2.10 also includes many other features, performance improvements and bug fixes, which we’ll cover in more detail in a separate blog post.

In the coming months, you’ll hear more from us on completing stable support for macOS and Linux, making the full set of desktop, web, and mobile platforms available for your production Flutter apps.

In the meantime, thank you for your support of Flutter. We’re excited to see what you build for Windows!