“At least 2 or 3 times a week I get a big blue warning screen with a loud voice telling me that I’ve a virus and to call the number at the end of the big blue warning.”
“I’m covered with ads and unwanted interruptions. what’s the fix?”
“I WORK FROM HOME AND THIS POPING [sic] UP AND RUNNING ALL OVER MY COMPUTER IS NOT RESPECTFUL AT ALL THANK YOU.”

Launched in 2007, Safe Browsing has long helped protect people across the web from well-known online dangers like phishing and malware. More recently, however, we’ve seen an increase in user complaints like the ones above. These issues and others—hijacked browser settings, software installed without users' permission that resists attempts to uninstall—have signaled the rise of a new type of malware that our systems haven’t been able to reliably detect.

More than a year ago, we began a broad fight against this category of badness that we now call “Unwanted Software”, or “UwS” (pronounced “ooze”). Today, we wanted to share some progress and outline the work that must happen in order to continue protecting users across the web.

What is UwS and how does it get on my computer?

In order to combat UwS, we first needed to define it. Despite lots of variety, our research enabled us to develop a defining list of characteristics that this type of software often displays:

Next, we had to better understand how UwS is being disseminated.
This varies quite a bit, but time and again, deception is at the heart of these tactics. Common UwS distribution tactics include: unwanted ad injection, misleading ads such as “trick-to-click”, ads disguised as ‘download’ or ‘play’ buttons, bad software downloader practices, misleading or missing disclosures about what the software does, hijacked browser default settings, annoying system pop-up messages, and more.
Here are a few specific examples: 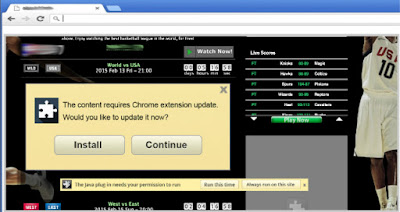 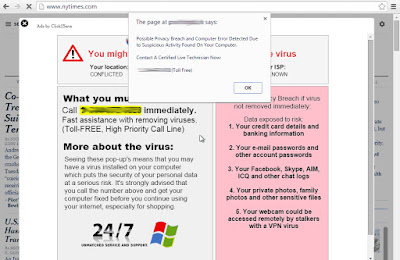 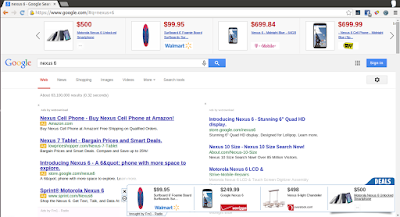 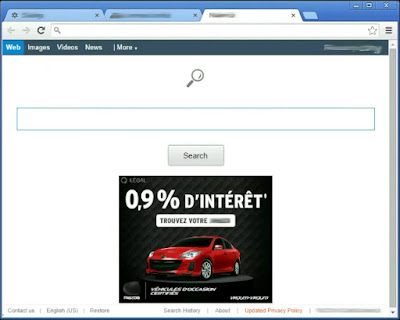 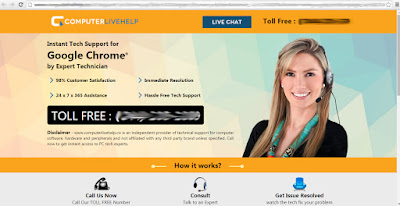 UwS hijacks Chrome navigations and directs users to a scam tech support website
One year of progress
Because UwS touches so many different parts of people’s online experiences, we’ve worked to fight it on many different fronts. Weaving UwS detection into Safe Browsing has been critical to this work, and we’ve pursued other efforts as well—here’s an overview: 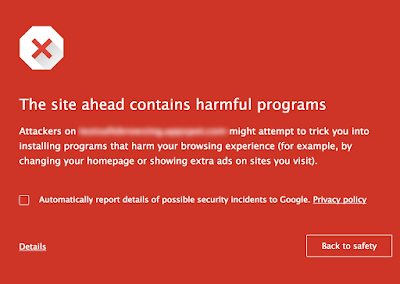 It’s still early, but these changes have already begun to move the needle.
However, there is still a long way to go. 20% of all feedback from Chrome users is related to UwS and we believe 1 in 10 Chrome users have hijacked settings or unwanted ad injectors on their machines. We expect users of other browsers continue to suffer from similar issues; there is lots of work still to be done.
Looking ahead: broad industry participation is essential
Given the complexity of the UwS ecosystem, the involvement of players across the industry is key to making meaningful progress in this fight. This chain is only as strong as its weakest links: everyone must work to develop and enforce strict, clear policies related to major sources of UwS.
If we’re able, as an industry, to enforce these policies, then everyone will be able to provide better experiences for their users. With this in mind, we’re very pleased to see that the FTC recently warned consumers about UwS and characterizes UwS as a form of malware. This is an important step toward uniting the online community and focusing good actors on the common goal of eliminating UwS.
We’re still in the earliest stages of the fight against UwS, but we’re moving in the right direction. We’ll continue our efforts to protect users from UwS and work across the industry to eliminate these bad practices.